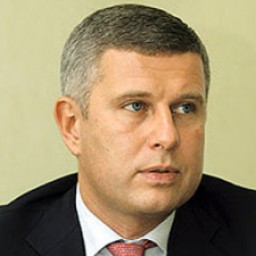 Kirill Pisarev (born 16 June 1969) studied at Moscow Institute of Radio Electronics and Automatics, but left it for the RF Government Financial Academy. He was an activist of Komsomol, the Communist Youth League. During the perestroika years, he worked in a bank.

In 1987-1989 Pisarev did a compulsory military service in the Soviet Army.

In August 2009, Lising-Fors LLC filed a lawsuit against PIK-Development, a prime contractor in PIK Group’s property development projects, asking the Arbitration Court of Moscow to declare the bankruptcy of PIK-Development.

It is the first lawsuit, in which the plaintiff asks court to declare bankrupt one of the companies of PIK Group, though earlier the creditors of PIK sought loan payments through court. Late in June 2009, the Arbitration Court of Moscow ordered PIK-Development to pay Russian state owned VTB bank 2.8 billion roubles ($0.93 billion) in a loan payment. PIK-Development guaranteed the loan, given to PIK Group. VTB also filed a number of lawsuits against other guarantors of PIK Group.

As of 3 April 2009, the net debt of PIK Group amounted to 44.8 billion roubles (1.5 billion). VTB, Sberbank and VEB are the group’s main creditors. Facing difficulties with repaying the debt, PIK Group founders Kirill Pisarev and Yuri Zhukov sold 25% of shares to Suleiman Kerimov’s Nafta-Moskva over promises to restructure the debts. In May, Kerimov increased his stake in PIK to 31.27%. Zhukov and Pisarev now control only 42.7% of the company.

In 2009 Suleiman Kerimov bought 12.5% of shares in PIK Group JSC from its founders Pisarev and Zhukov. Although the terms of PIK deal were not disclosed, sources said that a symbolic price had been paid. Kerimov promised to restructure the company’s debt and lobby the federal ministries, and the defense ministry in the first place, to secure state contracts for PIK. The owners of PIK had no choice with short-term liabilities exceeding the sensible limits, sales of flats swooping by 90%, and the creditors freezing the assets of PIK.

However, Kerimov did not confine himself to solving PIK’s financial problems. In summer 2010, three representatives of Nafta Moskva joined the board of PIK JSC. At the new owner’s insistence, unchallenged president of PIK Kirill Pisarev conceded his post to a lower level official, Pavel Poselenov.