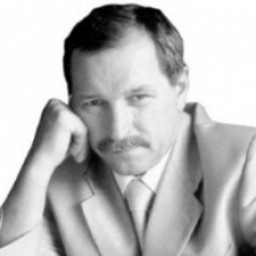 Member of the Legislative Assembly of the Chelyabinsk region
General Director of "Chelyabinskugol” Plc. since July 2002;

was born in 1958 in village Dimitrovo, Eletsky District, Orenburg region, graduated from Magnitogorsk Mining and Metallurgical Institute, he worked at mining enterprises of Kazakhstan, headed the company for the extraction of copper ore in Bashkiria, since November 1997 - General Director, since June 2001 - the Chairman of the Board of "Uzhuralzoloto” CJSC; since mid-2001 served as general director of “Chelyabinskugol” Plc. In 1999 he was awarded the title "Man of the Year" in the city Plast. His hobby - sports.
Source: biografija.ru

In the end of 1997 Strukov resigned from his post of General Director at JSC "Uzhuralzoloto”.

There had been a series of changes of leadership at the company before, which was due to its precarious financial situation and the failure of investment obligations of company partner - Australian company Eurasia Mining. The company did not transfer the promised investments.
Source: “Kommersant” № 166 (1348) from 01.10.1997

In 2001 "Chelyabinsk Coal Company” Plc. (hereafter “«CCC»”) was established, where Strukov became CEO. Soon there was a conflict between the company and its subsidiary - Korkinsky coal strip mine. Initially, this enterprise was a part of "Chelyabinskugol” Plc. 60% stake of the enterprise was transferred to “Chelyabinskugol” Plc. during corporatisation in 1994. However, it turned out that as for the agreement of 2003, the assets of Chelyabinskugol "were leased" by “Chelyabinsk Coal Company” Plc. with the right of redemption. As a result Strukov controlled a controlling stake of Korkinsky coal strip mine. The war for it started. Its director, Yury Kuzmenko, a protege of Strukov, filed an arbitration statement for introduction a temporary observation at the company. The court accepted the request. But the choice of the external manager was postponed for an indefinite period. Lenders of an enterprise wanted to introduce the bankruptcy proceedings, so that it could be bought by «CCC». However, the court appointed an external manager. Strukov wanted to challenge this decision in a court of appeal.
Source: Kommersant (Ekaterinburg) № 91 (2694) from 28.05.2003

In January 2004 a rally of miners was held in the city Kopeisk in front of the administration building. They opposed the management actions of «CCC», which had established a 7-hour working day and reduced the leave from 66 to 42 days. The members of the miners’ trade union were also provided with administrative pressure, they were forced to leave the trade union under the threat of unpaid wages. The miners appealed to the prosecutor and Russian Labour Inspectorate with a request of checking actions of their leadership. The prosecutor's office did not reveal violations, but Russian Labour Inspectorate issued an instruction to return the old conditions of work. However, the protests continued until  this was done. Rallies in support of Kopeisk miners were also held in other cities. Trade union leader Vladimir Rodnyuk announced hunger strike, after him - another union member Eduard Kintsler. Strukov also appealed to the Minister of Labour and Social Development Aleksander Pochinok requesting a permission to establish a 36-hour workweek at an enterprise.
Source: Kommersant (Ekaterinburg) № 3 (2842) from 13.01.2004

In February the commission of the Ministry of Labour started testing leadership actions of «CCC». Administration began preparing a portion of the mines for closing, motivating that otherwise he would not be able to meet the requirements of the union. Meanwhile Strukov sent a notification to the regional administration, prosecutors and the mayor of Kopeisk that the work in the mines of the city would be terminated, as there is not enough staff in

the mines, and thus he could not fulfill his obligations. He asked the mayor to take care of the employment of miners and to keep mines safe.
Source: Kommersant (Ekaterinburg) № 22 (2861) from 07.02.2004

In 2005, the «CCC» leadership announced that redistribution threatened the coal market in Chelyabinsk. Concerns were caused by the fact that consumers of coal, including “Chelyabobltopprom” Plc. started to buy coal in other regions. «CCC» accused the company that it had changed coal supplier because it did not want to pay the debts for delivered coal. However, "Chelyabobltopprom" said that «CCC» could not provide a necessary amount of coal and this forced them to make purchases from other suppliers. Previously, «CCC» came into the conflict with RAO UES of Russia after holding had refocused Argayashskaya heat electropower station to a more calorific coal.
Source: Kommersant (Ekaterinburg) № 69 (3153) from 19.04.2005

In August 2006, Strukov announced the suspension of investment programs for development of “ССС”, due to the fact that consumption of coal by companies had declined.

There had been rejection from coal because of its poor quality. Its higher quality increased its cost greatly. One mine was closed. In addition, the energy industry began to shift to gas. But the regional government wanted to support the «CCC», because the company was a social project for them.
Source: Kommersant (Ekaterinburg) № 156 (3487) from 24.08.2006

In the end of 2006, the conflict between Strukov and Vitaly Gorshkov flared. Both were the  owners of Kuzbasspolimetall LLC. Strukov dismissed Gorshkov from his post as general director, after it became clear that the coal strip mine "Tagaryshsky" controlled by the company was in debts. In addition, Strukov found out that the main assets of the coal strip mine were transferred to the company “Energougol” owned by Gorshkov. In addition, the equipment of the mine was sold to "Energougol" and then immediately was leased to the mine. Gorshkov appealed to the Court of Arbitration, claiming that he was dismissed with a violation of the company charter. Strukov appointed Nikolay Rozhkov instead of Gorshkov.
Earlier coal strip mine "Tagaryshsky" belonged to "Kuzbassrazrezugol” and then was moved on to "Kuzbasspolimetall”. 70% of the company was owned by Strukov, 30% by Gorshkov. Gorshkov said that the funds of that mine were transferred to "Energougol" on credit.
Source: Kommersant (Novosibirsk) № 190 (3521) from 11.10.2006

Soon, the Kuzbass authorities demanded to normalize the functioning of "Kuzbasspolimetall”. Quite possibly that this way they urged Strukov to its selling, since the Italian coal trader Coeclerici Coal & Fuels SpA got interested in the company. Governor Aman Tuleev said that the company was being managed incompetently. And indeed, the conflict between Strukov and Gorshkov stopped the production. Strukov was accused of inactivity and irresponsibility.
Source: Kommersant (Novosibirsk) № 8 (3584) on 24.01.2007

In September 2007, "Kuzbasspolimetall" was declared a bankrupt, the company entered bankruptcy proceedings due to debts of CJSC “Uzhuralzoloto”.
Source: Kommersant (Novosibirsk) № 170 (3987) on 20.09.2008

In the end of 2007, Federal Agency for Subsoil Usage terminated the license of CJSC “Uzhuralzoloto”, which belonged to Strukov, on exploration and production of gold in Nailinsky area in Chelyabinsk region, because the company refused to pay for the use of the natural resources. The company explained that the development of the field was impossible due to forest plantations. But experts said that it was an excuse for Strukov: most likely he bought a license for resale, but the buyer was not found.
Source: Kommersant (Ekaterinburg) № 201 (3777) of 01.11.2007

In December 2007, Strukov completed the restructuring of its coal and gold mining assets, as a result «CCC» and the enterprises of "Uzhuralzoloto” group were transferred into the management of “Management Company UGC” LLC.

In early 2008, CJSC “Uzhuralzoloto" was declared a bankrupt. Officially this was due to restructuring of the assets, however “Eastern Gate Securities” which owned the debt of the company believed that such a step was taken in order not to repay the debt and intended to challenge the bankruptcy in court.
Source: Kommersant (Ekaterinburg) № 28 (3845) from 20.02.2008

However soon the company canceled the IPO because of the problems with creditors and the termination of the growth of prices for gold.
Source: Kommersant № 125 (3942) on 19.07.2008

In 2008, the bankruptcy of “Kuzbasspolimetall” was announced invalid. Decision was challenged by Gorshkov. According to his words,  "Tagaryshsky" coal strip mine was illegally derived from the enterprise. In addition, a criminal case was initiated against Gorshkov, which contributed to Strukov’s plans to liquidate the enterprise. Gorshkov also said that they still managed to reach an agreement on the issue of sharing the company assets.
Source: Kommersant (Novosibirsk) № 170 (3987) on 20.09.2008

In January 2009, miners at mine “Korkinskaya” staged a rally, demanding to resume deliveries of coal taken in the region. The rally took place in front of Uzhnouralskaya state district power plant - the main consumer of coal of «CCC». The problem was that none of the companies prolonged the contract for the supply of coal with «CCC». Because of this the miners got paid three times less than usually. The governor of Chelyabinsk region Pyotr Sumin sent an appeal to the owners of enterprises, obliging them to buy coal from «CCC», threatening them with serious compulsory measures.
Source: Kommersant (Ekaterinburg) № 16 (4071) of 30.01.2009

To save ССС, it was proposed even to appoint the limit of coal consumption for enterprises and to raise the tariffs for gas for them to make them buy coal.
Source: Kommersant (Ekaterinburg) № 35 (4090) from 27.02.2009

In the summer of 2009, WGC-3, which included Uzhnouralskaya state district power plant, refused to purchase coal from «CCC» due to complaints about its quality, despite the agreement, which determined the amount of mandatory procurement of coal.
Source: Kommersant (Ekaterinburg) № 102 (4157) on 09.06.2009

In July 2009, Federal Antimonopoly Service did not allow an additional issue of shares of UGC Plc. and revoked its state registration due to the fact that the shares were not placed in time.
Source: Kommersant (Ekaterinburg) № 122 (4177) on 07.09.2009