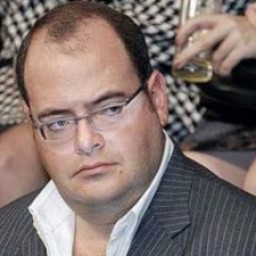 Mercury Group was established in 1994 by Friedland and Leonid Strunin, who are known to be its principal owners.

They say that until recently, this luxury trader has enjoyed bringing his Mom to the high-end parties, that certainly speaks volumes for him, as well as the Mercury annual turnover, estimated at $150 million.

As told by traders, Mercury`s growth rate is still a biggest puzzle of the luxury market. Fridliand says that all investions are made from the annual net gain; Mercury`s policy allegedly has no room for taking out loans or selling shares. However, none of its competitors believe it. Everybody knows about a $40 million buyer`s loan received from Sberbank, when Mercury purchased a building complex in Tretyakovsky proyezd. Friedland denied that, and Sberbank refused to comment on the situation, referring to trade secrets.

In 2003, the Central Customs Administration took an inventory of Armani, Gucci, Zegna and Dolche&Gabbana stores owned by Mercury in Moscow. Their visit to the luxury shops was related to the inspection of Ecolux, Mercury`s agent for international buying. This intermediary firm was charged with regular custom value underreporting. For instance, a men`s Zegna wool costume was declared as worth $100, but in Moscow its sale price soared over $3,000.

Mercury carefully distanced from Ecolux`s troubles with customs. The company representatives stated that the  name Ecolux meant nothing to them, and they are not aware of any supplier with such name. Leonid Friedland had already declared that Mercury didn`t participate in foreign trade activities, in fact, he had no idea how the goods were delivered to Moscow. As for the multiple overpricing of luxury goods, in comparison with its producing country, there is no crime, because one is free to price the goods as far as they meet a ready sale.

In 2007, Mercury announced launching the Sochi Luxury Village Project (similar to the Barvikha Luxury Village in Moscow region) in Esta-Sadok settlement near Sochi. Mercury will build a five-star hotel,  Armani, Dolce & Gabbana, Prada, Gucci and Chopard boutiques, restaurants, a concert and conference hall in the area of 8 hectares. The first stores are to be opened by 2011, the whole Village Project to be completed by the start of the Olympic Games.

In 2006-2007, the TSUM (principal owner is the luxury retailer Mercury) signed contracts with 24 staffing agencies, all of them using a simplified taxation scheme. Inspectors found that TSUM had been using this strategy of social tax evasion since 2004. Tax-back claims made against TSUM totalled $69 roubles. This sum only covers the period of 2006-2009, with TSUM using the simplified scheme in 2004-2007.

If there was a professional performance contest among Russian reshaly (problem-solvers), Major General Igor Alekseevich Borisenko, Counsillor of Justice 3d class and Supreme Court Justice Deparment officer, could won by head. The ‘Let`s Solve the Money Issue’ buisiness proposal, usually welcomed among the Ministry of Internal Affairs officers, transforms into $300.000, with Borisenko taking $250.000. That amounts to Borisenko monthly wage of $50.000. On his 50th birthday Leonid Friedland and Leonid Strunin presented their ‘friend Igor’ a €250.000 grey Bentley (M 768 MM 77).