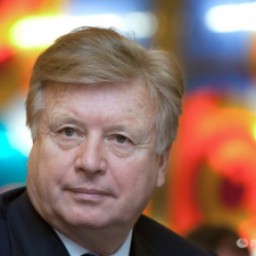 Leonid Tyagachev was born in Dedenevo village in Dmitrovsky District of Moscow Region on October 10, 1946. He went in for skiing when he was seven. He trained in a profeccional ski school, and since early age he took part in national competitions and several times became the champion of the USSR.

In 1962 he was named to Soviet ski team and actively participated in national and international competition until he was 25 years old.

From 1971 to 1975 he was trained in a special ski school in Austria. After that he was appointed the head coach of Soviet ski team. Within 3 years the team which he headed became the strongest in the world. In 1981 Tyagachev was named best ski coach in the world.

In 1983 State Sports Committee sent Tyagachev in Uzbekistan, where he coached  Uzbekistan ski team, and then became a counsellor of Uzbek SSR government for the issues of sports, tourism and leisure.

In June 1985 he was named head coach of the USSR ski team and headed the Soviet Ski Federation.

1995 Minister of Sports and Tourism of Russia

22 December 2005 He was reelected Russian Olympic Committee President for the second term.

28 June 2007 He was elected a representative of Rostov Region in the Federation Council of Russia. In June 2010 he resigned soon after his colleagues voiced their resentment for his systimatic absence at the Council sessions.

In December 2009 He was reelected Russian Olympic Committee President. He stood for an office unopposed.

Order of Merits for the Fatherland 3rd Grade (2005)

Order of Merits for the Fatherland 4th Grade (2001)

Master of Sports of the USSR, Honoured coarch of the USSR and Russia, Honoured Worker of Physical Education of Russian Federation

He is married. He has 2 daughters, 3 grand-daughters and natural son.

In 1978 senior coach of the Soviet ski team was arrested at the Customs in Moscow’s Sheremetyevo-2 airport on attempted smuggling. The scandal was hushed up. It was Vladimir Lavrov, an officer from the 1st sub-department of the 1st department of the 5th Chief Directorate of the KGB, who helped Tyagachev to come off clear. Two years before the arrest Tyagachev was recruited as an agent by the KGB. Since that time an agent nicknamed Elbrus began to work in the network of the 5th Directorate. In ordinary life people knew him as Leonid Tyagachev, a ski coach.

In the late 80s Sergey Chemezov, a KGB officer, was infiltrated in Sovintersport Trade Firm, which imported all equipment for Soviet national sports teams. That is why Tyagachev began to run after Chemezov. Chemezov and Tyagachev got on well. They received kickbacks and bonuses either in cash, or in merchandize (ski equipment and outfit of the best brands). Chemezov knew how to indulge his friend Putin. For such downhill skier as Putin the equipment is something to be proud off. Tyagachev never let Chemezov down. Putin got the best. The ski brought Putin and Tyagachev together. Their acquaintence soon grew into friendship.

Another group of objects situated in territory of ski resort belong directly to Tyagachev’s daughters - Aleksandra and Elena. Aleksandra is a director general of Taal close corporation, the Tyagachevs’ key company. Taal manages the main hotel in the resort, although according to the charter the company’s profile activity is “the rest of business activity in sports” (sideline activities are restaurant and cafes, retail trade, letting out immovable property and different operations in real-estate). Elena and Aleksandra Tyagachev own at least half of Taal, the rest of the shares belong to an unknown person.

Side by side with the main slope of the club there is a café called «Sports-1» owned by Prater close corporation. In 2004-2009 the company was a part of Taal, but since 2010 it belongs to natural persons. In 2008-2009 Aleksandra Tyagachev worked as the company's director.

In April 2004 the Bank of Russia managed to introduce temporary management in Sodbiznesbank. The order stipulating its introduction was actually signed 2 weeks before that, however, unknown people prevented Central Bank officials from entering in the office of the bank. These unknown people were destroying valuable documents. Andrei Kozlov, first deputy chairman of the Bank of Russia, could not do anything about it.

Technically speaking, Leonid Tyagachev had nothing to do with the situation. He did not work in Sodbizesbank. But in addition to his work in the Russian Olympic Committee, since May 2003 Tyagachev was chairman of the board of directors of Kredittrast bank. The link between the latter and Sodbiznesbank has not been officially proven, but financial market participants persistently linked the two entities together.

Alexander Slesarev bought Kredittrast bank, registered in 1994 in Izmailovo, in late 1995. The bank was doing well and by 2001 it was one of the hundred largest banks and moved into a new office near Paveletskaya metro station. According to some reports, the bank then had funds received by one of its clients from the sale of a large stake in football club CSKA. The Bank was clearly associated with the sports business. In 2003 its board of directors was headed by the President of the Russian Olympic Committee, Leonid Tyagachev. Tyagachev’s press secretary, Gennady Shvets, said Slesarev could be frequently seen in the Olympic committee.

In 2004 the 32-year-old socialite Maria Stroganova, whose maiden name was Patsko, had a baby boy from the head of the Russian Olympic Committee, Leonid Tyagachev. He was stated as the father in the birth certificate of the child. Almost immediately after the baby was born, the woman became the owner of a 200 metre apartment in St. Petersburg that she clearly did not pay for herself. Stroganova’s dreams that the baby's father would leave his wife did not come true. The high-ranking official was not going to divorce. Svetlana, Tyagachev’s wife, was also not going to give up so easily, which she mentioned to the media “I am not going to let anyone take my pumpkin away. And those who may dare to try to do so will be in big trouble.

In 2005 Vyacheslav Fetisov actively lobbied Irina Rodnina for presidency in the Russian Olympic Committee. Before the elections an unknown person distributed in the building of the Russian Olympic Committee Compromat (Russian for “blackmail”) magazine with articles about major competitors of Tyagachev, that is, Irina Rodnina, Shamil Tarpishchev and Vyacheslav Fetisov. Tyagachev won.

In 2006 after the Olympics in Turin, Fetisov continued his onset. Then Tyagachev hinted Putin that he could not work in such stressful conditions. As a result, in 2008 before the Beijing Olympics a new ministry was established. The newly created Ministry of Sport, Tourism and Youth Affairs was headed by Putin's friend, Vitaly Mutko, and Fetisov was fired. The conflict was immediately done away with. Tyagachev and Mutko quickly found a common ground.

In 2007 the media publicized budget of the Russian Olympic Committee, led by Leonid Tyagachev.

On April, 24, 2008 Vadim Chechel, the head of security company Cascade, was killed in St. Petersburg. The killer was waiting for the victim in the park on Furshtatskaya street, watching the house where Chechel spent the night with his fiancé, Maria Stroganova, who previously had had an affair with Leonid Tyagachev.

At 11 a.m. the head of Cascade walked out of the door and got into his car. The gunman approached the car, knocked on the window, and when the driver rolled down his window, shot him at point-blank range.

Next, the killer walked slowly along Chernyshevsky Prospect to Vosstaniya Street. He had no time to escape, since he was arrested by the traffic police who were informed about him by a bystander that had been watching the gunman from the crime scene.

Two Makarov guns were seized from the detainee, Alexander Druzhinin. Identity check revealed that the arrested man had long been registered in law enforcement agencies. According to prosecutors, in 1997 Druzhinin as a member of Vyacheslav Serikov’s criminal group was involved in the murder of Barbaletta director, however, he was acquitted.

Druzhinin was found to have a business card of a Cyprus real estate dealer, Dmitry Talasov. Then Druzhinin informed the police that «the customer of the murder was a State Duma deputy, Denis Volchek, and the man whose name was on the business card organized the crime."

In 2008 Vadim Chechel’s sister brought forward a version that the murder of her brother could have been linked to Maria Stroganova the businessman had been going to marry. Chechel spent the night before his death at her place. During the preliminary investigation Stroganova acknowledged that she had had an affair with Tyagachev. However, she did not see any link between her relationships with the senior official and the murder of Chechel. According to her, Leonid Tyagachev knew of her intention to get married and was not going to get in their way.

During the interrogation immediately after the arrest Druzhinin called the crime a contract one and tried to put in a State Duma deputy Denis Volchek as a customer, and St. Petersburg businessman Dmitry Talasov, whose business card was found in Druzhinin’s pocket he tried to put in as the organizer. And he could have known the two men.  In the early nineties Druzhinin communicated with the members of the gang led by the notorious kingpin Konstantin Yakovlev, a.k.a. Kostya Mogila. After the assassination of Mogila his business partners could not find common ground and the group seized to exist. Denis Volchek took up politics; Dmitry Talasov began to build houses in Cyprus.

Operational activities in 2009-2010 had a predictable result, that is, Druzhinin’s words that Talasov and the more Volchek had had nothing to do with the murder of Chechel were proved. And the customer of the crime was in the capital, but he was so influential that the prosecutor's office would not be able to do anything with him.

In summer 2010 Druzhinin confessed that he had killed Chechel because he had been hired by Vladimir Kulibaba, the former right-hand man of Konstantin Yakovlev (Kostya Mogila).

Kulibaba was with Mogila through all the 1990s. He enriched and became president of the Federation of freestyle wrestling in St. Petersburg. In addition, he became an adviser to Tyagachev and also became his good friend.

In November 2010 Kulibaba was arrested on charges of organizing a murder. His driver testified that instructed by Kulibaba, he drove Druzhinin, the killer, to Stroganova’s apartment to show him everything on site.

By that time Stroganova and her baby son had gone to Monaco and then to London, where she owned real estate. And Tyagachev conveyed indirectly and verbally he did not know anyone by the name of Kulibaba.

The court hearing was held on March 5, 2011. But it was not the one expected. The judge changed the measure of restraint for Kulibaba to bail of 1 million rubles, which became a precedent for such cases.

Vladimir Kulibaba headed the Federation of freestyle wrestling in St. Petersburg and until May 2009 officially was an adviser to the Russian Olympic Committee President, Leonid Tyagachev, on volunteer basis.

In Mogila’s criminal group, according to some sources, Kulibaba was responsible for armed activities. In particular, Kulibaba’s name was mentioned during the investigation into the murder of the St. Petersburg Legislative Assembly deputy Viktor Novoselov.

After the assassination of Mogila in 2003 Vladimir Kulibaba headed the coordinating council of youth movement Russia and was an observer to the State Duma Speaker in the Youth Chamber of St. Petersburg. After the assassination of the vice-president of the Academy of National Security (coordinated by Gennady Seleznev) Oleg Taran became the new vise-president. Then, having become head of the Federation of freestyle wrestling in St. Petersburg, Kulibaba began to improve his relations with the Russian Olympic Committee. According to some reports, Druzhinin was the one to introduce Kulibaba to Tyagachev with whom Druzhinin used to do in alpine skiing together.