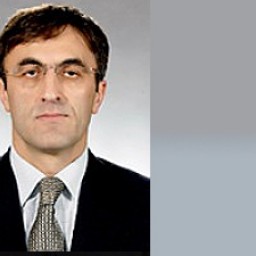 Magomed Hajiyev was born 07/04/1965 in Makhachkala. He graduated from the Institute of Management and Business of Makhachkala in 1996, Dagestan State University (Makhachkala), Faculty of Law in 1998.

In 1996 he was deputy head of the "Zapkasprybvod”.

In 2003 he ran for the State Duma, was deputy chairman of the Committee on Nationalities.

A member of the faction "United Russia", a member of the Committee on Transport. His assistant in the State Duma was Mukhtarova Elmira Ubaydulaevna.

Has a title of Major General of the Revenue Service. He is married and has two children.
Source: http://www.bfm.ru/

The name of Magomed Hajiyev was mentioned in connection with a criminal history that took place in Dagestan during the President election period in 2009 (murders of the following official - the republic's Interior Minister Adilgerey Magomedtagirov, the head of an inter-regional department for combating extremism Gapiza Isayev, head of Internal Affairs in Makhachkala Ahmed Magomedov). They said that all those crimes had been connected with the redistribution of spheres of influence and the struggle for the high Republican posts. In particular, in Magamedov' assassination interests of Hajiyev could be traced - Chief of Internal Affairs of Makhachkala, deputy head of the republican Ministry of Internal Affairs - he had a dirt on all the top officials of the republic, and could represent a danger to his Dagestan friends: Suleiman Kerimov and Magomed Hajiyev.
Source: http://newtimes.ru/ from 15.02.2009 year

The name Magomed Gadzhiev is also associated with a name of criminal authority of Dagestan Khizri Shihsaidov. In the 90's the latter gathered a criminal group which included Hajiev Magomed, then nicknamed "the Magician Fix". It also included Makhachev Haji Nuhievich and some memebers of the machadinsky killers group led by Shamil Gasanov, nicknamed "Kusok"and the owner of the bank "Renaissance " Kuramagomedov Magomed.

One of the crimes committed by the group was kidnapping of a former assistant to chairman of the Government of Dagestan Abdurazakov Mirzabekov. The abduction was carried out in order to obtain the post of prime minister. The organizers and executors of the abduction were a son-in-law of Haji Adam Mahachev - Adam Amirilaev, Magomed Gadzhiyev together with brother Ahmed, and a resident of Khasavyurt Gamzat Akhmedov, known under the nickname "Gamsakhurdia”. Then Mirzabekov was tortured by Adam Amirilaev (Chairman of the Board of Directors of the oil company “Rosneft-Dagneft"). On January 1, 1997 in the sanatorium "Dagestan" during a quarrel Magomed Gadzhiyev fired a Makarov pistol at Kurbanov, the director of Makhachkala plant of reinforced concrete structures.

When a ballistic examination of bullets was proceeded and the bullets were checked in cartridge files, it turned out that earlier someone Basyrov Alzhanbekov, a political opponent Khizri Shihsaidov had been killed from the same gun. He was shot from several pistols, one of which belonged to Magomed Alizadeh. Both criminal cases were not officially detected.

At the same time they said that Alzhanbekov's murder was organized and executed by Magomed Hajiyev and guards of his cousin Esenbulat Magomedov. Khizri Shikhsaidov gave Alizadeh a post of deputy director in the “Zavkasprybvod” as a reward for fulfillment of the order. After those events Magomed Hajiyev had been detained several times in Makhachkala airport when attempting to smuggle to the UAE large quantities of black caviar. Today Magomed Hajiyev is called "mongrel of a dollar" to emphasize his dependence on Suleiman Kerimov.
Source: http://forum.viperson.ru on 25/01/2009

Magomed Hajiyev studied his own interest when an an appointment of head of the Office of the Federal Service for Taxes and Levies (UFNS) in the Dagestan republic had been carried out. Along with Suleiman Kerimov he was accused of interfering from Moscow into politics of Dagestan. Ex-president of the republic Muha Aliyev said that Dagestan Muscovite interfered in the appointment of the chief tax authority by lobbying their interests in the country and creating a tense situation. Then he had in mind Magomed Hajiyev and Suleiman Kerimov. Hajiyev and Karimov launched Vladimir Radchenko as the head of UFNS, but Muha Aliev categorically opposed the candidature of the Moscow nominee. He believed that Hajiyev and Kerimov were trying to put their people to the key positions in the republic on the eve of regime change, the presidential election.
Source: www.newsru.com on 16/02/2009

Magomed Hajiyev took part in a meeting organized by Suleiman Kerimov in TC "European" at the end of the last year in order to decide who and how was going to rule in Dagestan. Besides them Mohammed Abdullaev attended the meeting, the new deputy prime minister of Dagestan. He was one of the Dagestan presidential candidates under the list approved by D. Medvedev. The fourth guest at the meeting was Vladislav Surkov, deputy head of the Presidential Administration. It is said that on that evening the group agreed on the formation of the future power team in Dagestan.
Source: Nezavisimaya Gazeta on 24.12.2009

They accused Magomed Gadzhie that some presidential candidates in the republic of Dagestan had a multimillion-dollar financial resource of the Moscow lobbyists standing behind, including Suleiman Kerimov. That resource in Dagestan was disposed by Hajiyev. One of the Moscow-paid candidate used to be the current president of Dagestan Magomedsalam Magomedov. According to journalists, Hajiyev paid with "Moscow" treasury funds for the votes- both at election of the president, and at election of the mayor in Derbent. In the latter case, Hajiyev was a customer of rioting; with his help the unwanted polls got closed, voters were intimidated, journalists were beaten. Hajiyev paid to the local courts (including the Supreme Court of Dagestan) for they canceled the election results. The money allocated to Hajiyev by Moscow for the mayoral election in Derbent amounted at 20 million dollars (bribery of voters in the mayoral election of Derbent cost 10 thousand rubles per vote). Hajiyev had been tasked to pay for votes of Dagestan Duma deputies to cast for the candidate of the party "United Russia" Magomedov. His candidacy had been brought by Dmitry Medvedev to the People's Assembly of Dagestan. A member vote valued at one million dollars. Magomedsalam Magomedov – a son of former President of the Republic of Dagestan - was elected unanimously. As for Hajiyev, he became a deputy of RF State Duma in his father's reign – the current president Magomedov. Magomed Magomedov, a former president of Dagestan helped Hajiyev to get into the State Duma.

An informal relationship between Gadzievym and Chief of the Office of the Federal Treasury Saygidguseyn Magomedov has been noticed.
Source: IA "Parity-Media" from 16.12.2009