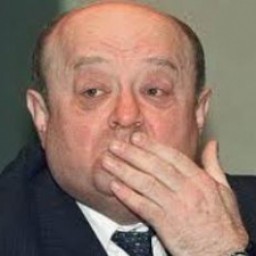 Source: the Foreign Intelligence Service of the Russian Federation

In 1972-1973 Fradkov was undergoing requalification at the KGB English Language Courses, where he obtained a technical translator`s diploma.

In 1998, Fradkov was appointed first deputy head of the main department for coordination and regulation of foreign economic operations of the USSR Ministry of Foreign Economic Relations, (Ministerstvo vneshnih ekonomicheskih svyasey - MVES), based on the GKES and Foreign Trade Ministry of the USSR. At this time, a significant number of crucial positions in MVES was held by KGB officers. State security services controlled weapon trade with communist regimes friendly to USSR.

In the early 1990s, MVES was selling licenses for foreign trade to companies and was in charge of USSR larger foreign trade companies privatization, such as Techmashimport, Novoeksport, Prodintorg, Tyajpromeksport, Technopromimport, Technoproeksport and Soyuznefteeksport, the former one controlling about 70 % USSR oil export transactions. Reportedly, Soyuznefteeksport was privatized for less than $2,000, and the shares of the Nafta Oil Company, newly created on its basis, were distributed by closed subscription among former heads of the company and the Ministry stuff, at which point  the company was immediately exempted from oil export duty.

Fradkov was helping Mikhail Fridman develop his Alfa-group buisiness. Fridman`s company Alfa-Eco,  importing goods from India, received support from the government, e.g. tea was procured at the expense of the public debt, and  Alfa bank got access to Russia`s foreign debts, which were bought for 25-30 % of their value and then fully compensated for from national budget. Joining the government oil products export program for state needs in 1992 allowed Alfa Eco to sell unlimited amounts of oil. In December 1993, Alfa Eco received the government contract for the annual Russian oil supply of 1,5 million tons to Cuba in exchange for 500, 000 tons of sugar (bags of sugar were reportedly used for drug shipping). In June 1994, Alfa Eco became a top seller of Мoldavian wines on the Russian market. In addition, some experts mentioned Fradkov`s dislike of the Yucos Oil Company.
Source: Kommersant,  2 March 2004

According to experts, in 1992-1994 Fradkov assisted in the termination of export license case, initiated by the group of Saint-Petersburg Parlament (Petrosovet) members. Saint-Petersburg commercial firms  were licensed by Putin and his subordinates. The ministry refused to appeal against the illegal licenses, issued by Saint-Petersburg Committee for External Relations (KVS), thereby de-facto legalizing them.

In 1995, Fradkov and his boss, Мinister of Foreign Economic Relations Oleg Davidov found themselves at the center of a financial scandal. Control Directorate of President Administration and the Ministry of Finance inspectors revealed colossal embezzlement: in 1994, the ministry officials spent 4,9 billion roubles from the ministry revenue on  bonuses, financial aid and estate purchases. Meanwhile, Fradkov was building his dacha in the district of Roublevo-Uspenskaya road, recieving a loan of 120 million roubles from the MVES non-budget fund. The Prosecutor General`s Office had instituted the criminal proceedings, but the key witness, the Ministry Comptroller Alexander Koltsov, suddenly died. Investigators found no violations in Fradkov`s obtaining loans from the MVES non-budget fund. The Minister and Deputy Minister repaid the loans before maturity, and despite of Davidov`s resignation, Fradkov continued to held his office.

In 1997, Alfa Eco won the tender for the sale of Tyumenskaya Oil Company, offering $810 million for 40% of its shares. Later, the Audit Chamber of Russia concluded that the shares` price was understated by at least $920 million. The examination resulted in Prosecutor General`s Office initiating a criminal case, which was closed in a short time. In 1997, Alfa Eco became a FTA (foreign trade activities) agent of the West Siberian Metallurgical Complex (Zapsib, ZSMK) and was given the right to export up to 80% of the  ZapSib oil.
Many experts dubbed Fradkov The Terminator’ or ‘The Liquidator’, referring to serial abolishment of agencies taking place while he was in office.

On September 12, 2007, President Putin dismissed the Russian Government at Fradkov`s request. Fradkov explained his suggestion as a wish to give the national leader a free hand to make any decisions, including personnel replacements, in the run-up to the parliamentary and presidential elections.

In 2009, the Foreign Intelligence Service (the SVR) refused to publish the data on its directors` property and income. Fradkov`s employees explained the refusal with the legal restrictions on revealing names, and, consequently, income of the SVR agents. However, in the end of August, 2010, the data on Fradkov`s income was made public. In 2009, the head of SVR declared income of  5,5 million roubles, and the property of 587 square metres apartment, a land plot, a dacha and a vehicle place. At this time, his wife`s income totalled 190.000 roubles. She also owned a land plot and some apartment ownership share.

On May 26, 2012, Vladimir Putin approved the new membership of the Security Council. The head of Foreign Intelligence Service Mikhail Fradkov was one of appointed permanent members.