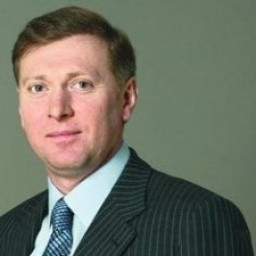 Biography
He was born on May 11, 1966 in Grozny of the Chechen-Ingush ASSR. In 1991, he graduated from the Grozny State Petroleum Institute named after Academician M.D. Millionshtchikov with a degree in chemical technology of oil and gas refining.
From 1992 to 1997, he worked as an industrial engineer, manager, director of the department in the Moscow office of the Swiss company Lia Oil, then president of the Lia Oil group of companies in the CIS.
From 1998, he was the director of Alliance Oil JSC, a subsidiary of Alliance Group JSC.
From March 2000 - President of Alliance Group JSC.
Source: Lobbying.ru

Dossier
At the disposal of the Russian law enforcement agencies there are materials testifying to existence of an unresolved shadow conflict between Michael Cherney and the Bazhaevs family controlling the Russian Alliance Group. This conflict dates back to the early 1990s and is associated with the division of a billion dollars stolen from the Central Bank of Russia by not established criminal group through a series of large-scale fraud with false letters of advice.

The organizer of the crime disappeared abroad with money, and his criminal partners, involved in the informal control of the situation in the banking system of Chechnya and Dagestan, from where the false letters of advice went in the early 1990s, remained in Russia.
Source: Fontanka, April 25, 2007

From 1997, there was a permanent criminal group in natives of Chechnya in Moscow. Its leaders were Shahroudi Dadakhanov (nicknamed Shah) and Ruslambek Khusainov. This gang began to take under their “guardianship” Moscow marketplaces, in particular the CSKA marketplace. In 1998, information that the criminal group was engaged in theft of funds by frauds began to arrive. And the criminal group had an armed group of fighters for power support of its illegal actions.
On December 21, 1999, Ruslambek Khusainov created an oil company, which founders were Bazhaev Ziya, son-in-law of the president of Kazakhstan Nursultan Nazarbayev, the governing body of a Ukrainian oil refinery plant, and Khusainov himself. Ziya Bazhaev, who, as they say, had a conflict with the Chechen CSKA team, should have headed the company.


The Alliance, controlled by Musa Bazhaev actively tried to participate in expansion to the south of Ukraine. The brothers Bazhaevs started development of the Ukrainian market with the Crimea. Their partners were Krymnefteprodukt structure, established by TER Holding (Anatoly & Igor Franchuk) and Summit JV (Sergey Voronkov, the leader of Salem criminal group) companies.

The Krymnefteprodukt managed to accumulate huge debts for delivered fuel. The matter went so far that a meeting with a rather revealing composition of participants was immediately arranged in the Crimea: Musa, as well as two respected man in Odessa - Abu Archakov and Sultanbek Aidamirov, and Igor Franchuk and representatives of Voronkov (he was already behind bars at that time) from the other party were there.
The result of a compromise was the transfer of several tank farms of Krymnefteprodukt (state ones) into the ownership of the Bazhaevs family. They paid in cash for new assets and wrote off the debts for supply of petroleum products. Upon completion of the transaction, it appeared that the Franchuks actually had no right to ownership of the assets sold, and in addition there was no permission documentation on many facilities.
The happy owners of new assets felt a scam (kidalovo in Russian slang). It began to smell of a new scandal and authoritative Chechens again went from Odessa to the Crimea. The parties were able to reach a compromise - Bazhaev independently dealt with the problem objects, and the Franchuks began in every possible way to “take care of” the work of the Chechen Diaspora in South Palmyra, especially in the offices of Kiev law enforcement agencies.
Source: solomin, October 24, 2006

On March 9, 2000, during take-off in Moscow, there was a plane crash. The president of the Sovershenno sekretno holding Artyom Borovik and the head of the Alliance Group JSC Ziya Bazhayev were on board the plane. Musa had to head the Alliance.
Before the accident the country knew mostly Ziya Bazhayev, a successful businessman, who founded and headed the Chechen Junco oil company in 1995. Having entered the business, the Bazhaevs were mostly engaged in improving relations with the governors of the regions, where their branches were. The ability to persuade and negotiate became the Bazhaevs’ sartorial statement.
Source: Moskovsky Komsomolets, November 1, 2002

In the Khabarovsk Krai, the region led by Viktor Ishayev, there were significant problems with both public money and with property and rule of laws. In such a way, the fate of the Khabarovsk airport was decided: it was sold for a symbolic sum of $ 10 million to the Alliance-Prom Company (a subsidiary of the Alliance Group led by Musa Bazhaev) friendly to Ishayev.
Source: Sobesednik, May 9, 2012


In 2012, a federal competition on development of a new bed in the Krasnoyarsk region was held. Near Norilsk there should appear another plant for production of nickel and platinum. Two companies applied for the contest. One was with a long and successful history of the development of the Far North regions, the other was a newcomer from the Far East. The forces, as observers immediately noted, were not equal. The world leader on metal production, the Norilsk Nickel stood against the relatively small Amur Prospectors Artel (part of the Russian platinum of Musa Bazhayev). The Norilsk Nickel was ready to begin development of the field even in the next year and invest 150 billion rubles in the project. Meanwhile the Artel intended to take up the development ... in 12 years, and invest there a twice less sum. But it was the Artel, which, to everyone's complete amazement, became the winner.
However, because of some disputable points, issuance of the license “hung in the air”, and Ishayev wasn’t slow to make an appeal, having called the delay with issuance of the document “unjustified”. But what would be the reason a public servant had such confidence in correctness of conducting the tender, especially since similar collisions should be solved in court?