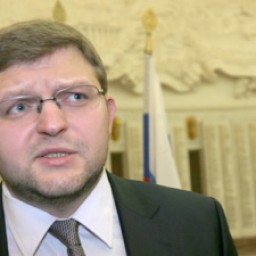 July 1998 he became vice-president of Perm Financial and Industrial Group.

2001 he joined the Union of Right Forces party and headed Perm local branch. On December 9, 2001 he was elected the deputy of the Legislative Assembly of the Perm Region. He was a deputy chairman and chairman of the committee for economic policy and taxation. He joined the factions called Industrialists of the Kama Region and the Union of Right Forces.

In December 2006 he was elected deputy of the Legislative Assembly of the Perm Region, he was the first on the list.

17 December 2007 he resigned as the chairman of the Union of Right Forces, but soon was reelected.

26 September 2008 he resigned as the leader of the Union of Right Forces and left the party. Leonid Gozman took his position. Boris Nemtsov said: “I respect Nikita Belykh’s decision not to take part in the spurious Kremlin project [alleged merger with other parties]. The Union of Right Forces will become a puppet party ruled by the Kremlin insiders. I am no longer the member of the party”. Belykh wrote in his blog he had no place in the Kremlin project, did not believe in the democratic modernization “from the top-down” and did not think the state should interfere in the affairs of the political parties.

He wrote thesis titled “The economy of GULAG as the system of forced labour (basing on the documents of the Vyatka camps 1938-1953)”.

On December 17, 2007, at the conference of the Union of Right Forces Belykh resigned as the head of the federal political bureau of the party, saying he was one to blame for the defeat at the parliamentary elections. In his opinion, the democratic forces should have merged into a single party before the elections. He said that he holds responsibility for “not having included in the party list a number of worthy people who might have attracted additional votes”.

On December 8, 2008 Nikita Belykh was nominated as the governor of the Kirov region by Russian president Dmitry Medvedev. The nomination was confirmed by the regional legislative body. Belykh said he accepted the presidential offer, because he wanted to «try himself in the regional work». He hoped he could remain on good terms with opposition leaders he had worked with. Many blamed Belykh for betraying the party and helping the Kremlin form the Right Cause party in exchange for the post of governor.

Leaders of Solidarnost liberal democratic movement (founded with Belykh’s assistance) condemned Belykh. Before the official conference which proclaimed the new party in December 2008, Belykh left the movement. He said that the principals of the movements stipulated non-cooperation with the authorities. Solidarnost called him a recreant.

In 2009 the president visited Vyatka (former Kirov). Belykh made arrangements before Dmitry Medvedev’s visit. The railway crossing was asphalted, so that the presidential car does not shake. Sewer manholes were asphalted for the same reasons. One-way street was turned into two-way street with road marking (so that the president is not pulled over by a zelous police officer). The lodgers of the houses, facing the way of Medvedev's cortege, were asked to clean windows.

In March 2011 Nikita Belykh filed a libel suit against the chairman of the board of directors of Perm-based investment group called Ermak Nadezhda Agisheva. On February 2, speaking for the Perm radio Ekho Permi, she accused the governor of stripping assets of her company in 2008. Belykh brought 500 thousand roubles ($18,000) defamation suit against Agisheva. The Leninsky District Court issued an arrest warrant for Andrey Agishev (accused of illegal enterprise), a deputy of regional legislative assembly and Agisheva’s husband. Speaking on the radio, Agisheva linked her husband’s arrest with the conflict between shareholders of Ermak (the Agishevs own a stake in the company).

In April 2011 it emerged that Nikita Belykh divorced with his wife who gave birth to 3 sons. He did not reveal information about the divorce until the last moment. The fact cropped up when the governor submitted the tax roll. There was no information about his wife's income, although the law requires to declare the income of a spouse. On the tax roll submitted last year there was his wife's income.

«Tax return was submitted according to the law», said Belykh's spokesman Boris Vesnin. A source in the governor's office said Belykh wooed his deputy Maria Gaidar.

Gaidar’s own marriage fell apart long ago. However she divorced officially in 2008. Affair with Belykh is another attempt to settle down her own affairs at other's expense. Maria is rumoured to have dated with famous whistle-blower Aleksey Navalny who had happy marriage, and to have had a number of other love affairs.

The Investigative Committee of the Russian Federation opened criminal investigation into the affairs of layer and  member of Moscow’s chamber of advocates Aleksey Navalny. He is suspected of commiting crime which falls under Article 165.3 of the Criminal Code of the Russian Federation (“inflicting material damage by means of deceit or abuse of confidence without evidence of embezzlement”).

The investigators believe Navalny, as a volunteering advisor to the governor of Kirov Region, infringed large-scale damages on state-run forestry called Kirovles.

Nikita Belykh wrote in his blog the accusations were “unfounded”.

Meanwhile Denis Dvornikov, a chairman of public committee “For transparent judiciary”, said, the investigators had substantial evidence against Navalny. He said: “I do not believe in his guilt before the decision of the court. But I do not deny he might be guilty”.