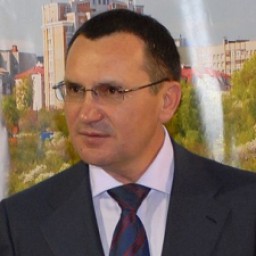 Nikolay Fedorov was born on May, 9, 1958, in the village Chedino in Mariinsko-Posadsky district of the Chuvash Republic (Chuvashia). Fedorov graduated from Tolikovskaya secondary school in Cheboksary district of the Chuvash Republic with a gold medal. In 1980, after graduating from the Kazan State University Faculty of Law, he was sent to Cheboksary where he began teaching Soviet law and scientific communism at the Chuvash State University. He headed the legal sector at the university Komsomol (short for Communist Union of Youth) Committee.

In 1985 he received a postgraduate degree of the Institute of State and Law at the USSR Academy of Sciences and continued teaching.

In 1980—1982 and 1985—1989 he was the professor of Soviet law and scientific communism at the Chuvash State University named after Ulyanov.

In 1989 he was elected USSR people’s deputy. He was one of the heads of the Legislation Committee of the Supreme Soviet of the USSR.

In 1990-1993 Fedorov was Minister of Justice of Russia. He was appointed to this position in the four compositions of the Government of the Russian Federation.

In 1993 he was elected to the Russian Federation State Duma of the first convocation.

Order of Merit for the Fatherland, III degree (2003)

Order of Merit for the Fatherland, IV degree (1998)

Medal of Merit for the national health care

Medal for 75 years of Civil Defense

Order of St. Sergius of Radonezh, I degree

Order of St. Daniel of Moscow, I degree

He is member of Rotary Club Moscow. Fedorov participated in the establishment of the International Russian Club. In 1992 a Presidential Decree awarded Fedorov the highest rank of State Councilor of Justice of the Russian Federation. Nikolay Fedorov is an expert in constitutional law and regions. He is author of more than 100 articles and several books on democratic and federal structure of government, freedom of press, independent judiciary, and economic policy.

As a student he began studying karate and was a coach in martial arts. Fedorov continues to practice karate to the present day. He is fond of swimming, downhill, water skiing, and chess.

He is married to Svetlana Yurievna Fedorova. The couple has a son, Vasiliy, and a daughter, Karina.

In 2001 the media reported about an election fraud during the elections of the President of Chuvashia. In particular, as an example media stated elections held on December, 16, 2001 at the polling station № 670 in Krasnochetaysky district of Chuvshia. Baryshnikova, chairman of the polling station Electoral Commission, decided to falsify the election results. She and a Vasyukov, representative of Fedorov, opened a package of valid ballots and spoiled ballots in which people voted for Shurchanov.

Prior to Baryshnikova’s actions, it was State Duma deputy Valentin Shurchanov, candidate from the opposition, who was winning the elections in Krasnochetaysky district. According to the initial protocols of election commissions of the district, Shurchanov was winning Fedorov by a margin of more than 80 votes. But when it came to the final counting, it appeared that the incumbent president received 50 votes more, which reflects the number of ballots spoiled by the diligent citizen Vasyukov.

The margin was minimal. According to official information, Fedorov received 40.73% of votes, and Shurchanov received 37.73%. Besides political analysts observing the elections, noticed the following pattern. In the big cities, where control of the electoral commissions work was particularly close, Shurchanov won by an overwhelming margin. Fedorov was granted Presidency of Chuvashia thanks to the rural areas like Krasnochetaysky district where there was nobody to watch the mischievous locals like Vasyukov.

Until 2001 the government controlled the controlling stake in Khimprom, an important strategic enterprise for Russia. It was difficult to privatize the plant. The thing is that under special decrees of the Government of the Russian Federation № 949 dated September, 18 , 1995 and № 641 dated May, 25, 1996 Khimprom was classified as a strategic entity. Thus the state-owned stake was part of the federal property and could not be subjected to early sales.

Nevertheless, the federal shares in Khimprom mysteriously ended up at the disposal of the State Property Ministry of the Chuvash Republic. Authorities of Chuvashia passed 25.5% of state shares in trust management to Volga Investment Company. The remaining part of the state-owned stakes in Khimprom (24.5%) was sold a competitive bid, which was a mere formality, to Samara firm Dekort for only 2.5 million dollars. After that, the law firm Klishin and Partners became the controlling stake owner of the chemical giant. Earlier, Nikolay Fedorov worked at this law firm together with its owner, Aleksey Klishin.

In summer 2004 Andrian Nikolayev, the third cosmonaut of the planet, was buried in his native Chuvash village. He was buried contrary to the laws, both legal and human.

Elena, the only daughter of Nikolaev, pleaded Chuvash President Fedorov to fulfill the last wishes of Andrian Nikolayev, namely to bury him in the cemetery of astronauts in Zvezdny Gorodok. In response, the President would not even call her to the funeral. It was not the family feelings, daughter’s love to her father and other cheesy nonsense that troubled him. He was driven by pump and window dressing. For Elena Nikolayev was the father. For Fedorov he was the symbol and banner of small-town patriotism.

The President acted in the best bureaucratic tradition. He knew that everybody loves the winner and that had only had to play for time because, when the coffin would be lowered into the ground, the decision might be criticized and protested against but it would be too late.

In May 2011 the leader of United Russia, Vladimir Putin, offered Fedorov to head Institute for Socio-Economic and Political Studies, a structure established among other reasons also for elaborating the election program of the All-Russia People's Front.

As a candidate for the position Fedorov benefited from his regional history since the program had to include major regional insights. And from this standpoint, the former president of Chuvashia, who had successfully been the leader of the republic for 16 years, did to be a good choice. Another factor in his favour was the opinion of Vyacheslav Volodin, the Government's Chief of Staff. He said that the head of the Institute had to be popular at the federal level. That meant that the position would not simply an honourable retirement, but the real work. The third reason for this appointment was in the image of Fedorov. Fedorov was a democrat at heart. His appointment should not cause complaints in the majority of political forces. He could act as a link between the ruling party and opposition.