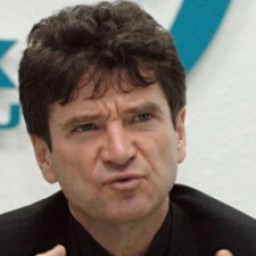 Nikolay Maksimov was born in 1957 in Yekaterinburg. After graduating from school he got a job at the Ural Electromechanical Plant where he spent 15 years working as radio equipment adjuster. At the same time he was admitted to the evening department of the electromechanical faculty of the Sverdlovsk Mining Institute. At the plant he was working on the check system of missiles combat readiness and thus travelled around Russia during trips to military units.

After graduating from the institute, he took up cultivation of cucumbers. Six years, until 1991, he was doing it on his own, combining with his main job which he left only in 1990

In 1991 he and his wife set up a family enterprise NikTan (Nikolay and Tatiana) that dealt in wood and paper.

In 1994—1997 he bought controlling stakes of three small iron works in the Urals.

In 1998 he founded Maxi-Group encompassing the previously bought iron works and Uralvtormet that collected scrap metal.

In 1999—2001 he was a member of the Supervisory Board of Agropromservice closed JSC (supply centre of spare parts for agricultural equipment).

In 2000 he became president of Metallurgy Holding JSC.

Since 2003 he has been on board of directors of Nizhni Serginsk Metallurgical Plant closed JSC.

In 2007 he sold the controlling stake of Maxi-Group to Novolipetsk Metallurgical Plant because the company was badly burdened with debts and could not further develop on its own.

Since 2008 he has been president of Maxi-Invest.

In 2009 he did some stock market trading and leverage through VTB bank, Renaissance Capital, Troika Dialog, and Uralsib. In March 2009 when market prices hit the bottom, Maksimov invested most of the proceeds from the sale of Maxi-Group in the purchase of about 1.5%. Sberbank shares and became the largest private shareholder of the bank. Over the next year price of the package went up almost five times.

He is into diving, travelling (at least three times a year), safari, cross-country and mountain skiing, and snowboarding.

He was officially divorced in 2005; ex-wife’s name is Tatiana. He has three children, that is, two daughters from the first marriage: the elder daughter is 31 and she is a graduate of Sverdlovsk Law School, she worked in a bank for some time and then gave birth to a son and now spends her time upbringing him; the younger daughter is 21, as of 2011 she is a student at London School of Economics in England. The youngest child, a son, was born in 2003 and in 2010 he started school in England. Oksana Ozornina is the mother.

During the era of mass privatization Nikolay Maksimov was head of Investa voucher investment fund which bought shares of any companies regardless of sphere that they did business in.

This way Maksimov gained control over Yekaterinburg Large-panel Housing Construction Plant, Nizhne-Isetsky Metalwork Plant and several more construction businesses. Maksimov set up his Pyramid holding based on these entities. Some of them later became part of the notorious Ural Investment and Construction Corporation.

In early 1990s entities controlled by Maksimov regularly received large batches of refined copper in exchange for recyclables and questionable products of the so called consumer cooperatives. Strategic metal was sold illegally to Europe under a false transit scheme. According to forged paperwork goods were sent to Kaliningrad. But in fact, the valuable cargo was unloaded in Lithuania and then shipped to foreign countries.

Such scams from time to time came into attention of customs officers and the police in Sverdlovsk region. A number of agreements was subject to checks but each time the smugglers managed to escape charges.

In the second half of the 1990 Uralfrukty enterprise that was directly related to Nikolay Maksimov concluded a contract with the Dutch firm to supply 240 tonnes of fruit worth 350 thousand dollars, advance payment totaling to 30 thousand dollars. Four freight cars with fruit were delivered to the Urals and there they disappeared. The Dutch were presented forged documents stating that the entire batch of fruit had been damaged and disposed of, supposedly buried in a landfill in Sadovy village near the Upper Pyshma. Forged papers were signed at a customs post in the Sverdlovsk region that the train passed on its way to the North. The fruit were then sold for not less than 700 thousand dollars.

In 1999 Nikolay Maksimov’s Pyramid became the owner of Sverdlovskmetrostroy JSC. Several years later Sverdlovskmetrostroy was bankrupt and most of its equipment had been sold off. To continue construction of the Yekaterinburg underground city authorities had to set up new entities and watch their activities closely to keep Nikolay Maksimov’s people away.

In June 2007 European banks denied a loan to Nikolay Maksimov’s holding Mixi-Group. European bank for Reconstruction and Development refused to consider the company’s application for a seven year long loan of 220 million dollars. It was the enormous debt accumulated by Maxi-Group that rose concerns of the bankers.

In November 2007 Maxi-Group (owned singlehandedly by Nikolay Maksimov) and Novolipetsk Metallurgical Plant (beneficial owner being Vladimir Lisin) signed a contract that brought the two entities into partnership. Maxi-Group’s debts were to be refunded from the plant’s assets. Investment program of the holding was left to the Group managers provided that decisions on key assets of the Group would be made by both entities together. The main condition for the contract was that Vladimir Lisin’s plant would be sold 50% and one equity of Maxi-Group‘s shares. The holding was estimated to be worth 3 billion dollars. Maksimov with his company’s 1.8 billion debts was to get 600 million dollars which he would invest in the development of the Group. The plant was also to invest money in the Group’s development.

Maksimov received the first tranche of 300 million dollars in 2008. Vladimir Lisin promised to transfer the remainder in three months when a finance check of the Maxi-Group and its subsidiaries would be over.

This was the last peaceful conversation between the businessman from the Urals and the richest man in the country. The plant’s representatives claimed that the previously done evaluation of Maxi-Group was too high.

As grounds for the statement, Vladimir Lisin’s staff presented data collected by PricewaterhouseCoopers Audit Company. The auditors calculated the debts, the so called debt receivable as debt of the company. Thus they found a price difference of 30 billion rubles with the initial price. Framed up PWC check results were supported by equally ambiguous findings of Gagarin and Partners Company signed by its founder, the plant’s board of directors member, who supervises corporate lawyers.

Nikolay Maksimov did not receive money stipulated in the contract but instead now owed money to the plant.

Maksimov invested the received tranche of 300 million dollars (7.3 billion rubles) into Maxi-Group. At that moment the company did not receive any investments from the Novolipetsk Metallurgical Plant. According to Maksimov, lack of funds resulted in the situation when money that was to have been invested in the company was deducted as debt payments. Controlling stake owner did not intervene in what was happening. Maksimov accused the plant of contract violation and began to withdraw money from Maxi-Group.  He managed to take out a total of 5.9 billion rubles.

Maksimov filed a lawsuit to the International Commercial Arbitration Court with the Chamber of Commerce. He demanded to collect from the plant money owed after the purchase of shares, the sum of the debt principle stated at 14.7 billion rubles, and percent for illegal use of money owned by others. Novolipetsk Metallurgical Plant filed a countersuit demanding Maksimov to pay back over 2 billion rubles the plant had overpaid for Maxi-Group shares.

In 2008—2009 Nikolay Maksimov and his partner, Oksana Ozornina, lived in the Czech Republic in an elite village of Evany where in 2007 they had had a villa built for them (the villa was registered as belonging to Oksana). Evany is a well-known village close to Prague where most of the Czech bohemia lived.

Moreover, Maksimov also owns real estate in the Urals, that is, a number of houses in Kungurka. After selling Maxi-Group, this property was removed from the balance and maintenance of the company. It was then handed over to Rima Ozornina (her husband, Yuri Ozornin, was brother of Oksana Ozornina, Maksimov’s common-law wife).

In March 2009 Maksimov used the money received from the sale of Maxi-Group to acquire 1.4% of stake in Sberbank. At that time capitalization of the bank reached the bottom, equity prices were at 14-20 rubles per share. By the end of June Sberbank capitalization increased 2.65 times bringing the price of Maksimov’s shares to 16.36 billion rubles.

On July, 9, 2010 Nikolai Maksimov’s and his common-law wife Oksana Ozornina’s accounts in VTB 24 bank were arrested. Maksomov’s Sberbank shares worth 200 million dollars fell under the interim measures. The arrest was imposed in the framework of a criminal case instituted at the lawsuit by the Novolipetsk Metallurgical Plant that accused Nicolay Maksimov of fraud in the sale of the plant's controlling stake in Maxi-Group in 2007-2008.

On February, 8, 2011 Nikolay Maksimov was detained in Moscow. Law enforcement officials were in the conference hall before the conference began and arrested Maksimov just after the end of it. The detention report says that Maksimov was hiding from the police and that he was put on the federal wanted list.

On February, 10, 2011 Nikolay Maksimov officially faced charges of abuse of power that might entail up to ten years of imprisonment. According to investigators, the businessman was responsible for a number of scams of assets withdrawal from the Maxi-Group when it was sold to Novolipetsk Metallurgical Plant thus causing damage to the buyer in the amount of 8.6 billion rubles.

In February 2011 Maksimov was detained for three days and released on bail under unprecedented for Sverdlovsk region bail of 50 million rubles.

In March 2011 according to the results of the case, the International Commercial Arbitration Court with the Russian Chamber of Commerce ruled to collect from Novolipetsk Metallurgical Plant in favour of Nikolai Maksimov:

8.928 billion rubles of the principal debt,

638.35 million rubles of percent for illegal use of money owned by others,