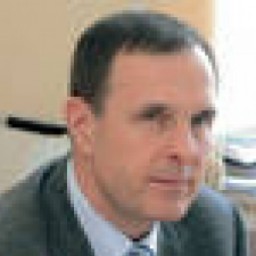 Nikolai Nesterov  was born on 30 January 1953  in the Krasnodar region. He graduated from Krasnodar Polytechnic Institute. He worked at  Gorky Fat Plant now renamed as Nizhegorodsky Oils and Fats Plant where he worked his way from a foreman to the chief metrologist of the enterprise (1985).
In 1986-1987   he was a secretary of the Сomunist Party association of the plant.
In 1987-1989 he was engaged in commercial activities at youth centres of Avtozavodsky district and Gorky Komsomol Council
In 1989-1994 he worked on the radio and television  and was a co-founder of  Volga TV company. At the same time he managed a company that supplied raw materials to NOFP and sold its products in the  regions of Russia.

In January 1996 he was elected director-general of NOFP.
In June - November 1998 he served as Deputy Minister of Agriculture and  Food of the Russian Federation.
In January 1999 he became director-general of NOFP once again.
Since 2004 he has been the chairman of the board of directors of NOFP.  Nesterenko also chairs Russian Fats and Oils Association
Source: Vedomosti

In 2002 a big scandal broke out around the attempted  seizure of Nizhegorodsky Oils and Fats Plant. In October 2002 a special plane flew from Perm to Nizhny Novgorod. Passengers of  the charter flight were bailiffs and a group of armed men. They went directly to a company-registrar of NOFP,  produced a bench-warrant issued by the court of Penza city  and seized registry of NOFP. Then they  boarded the plane and departed  in an unknown direction. Later it transpired that the court decision  was made at the suit of a minority shareholder, which owned just 0.003% of the shares.

A few days later a new registrar showed up. It was a resident of  St. Petersburg  who said that from now he would keep the registry. Then  a certain company  declared itself  owner of NOFP's controlling stake and demanded transfer of control.

Later it became known that Moscow businessman Pavel Svirsky was involved in the fraud. Posing as vice-president of Rinaco  he came to the plant and said '' You have problems with the shares, don't you? Just sell ​​me 30 percent, and I will help you to return the rest''.
''I was really taken aback as his  proposal was the height of impudence'', Nesterov said. ''And when I said that we would catch the crooks and put them  in jail, Svirsky responded'' Well, you know our judicial system. Money solves everything. The case can be opened  and the case can be closed''

It was Nesterov who organized the defence against raiders. He he  invited officers of special  agencies. Well-known Moscow  private security company   provided physical and information security, while a large legal agency from Nizhny Novgorod dealt with the legal aspect of the case.  Moscow major PR-agency was responsible for information warfare.

Presidential plenipotentiary in the Volga Federal District Sergey Kiriyenko supported  Nesterov. President of Commerce and Industry  Chamber Yevgeny Primakov  fully approved of defence measures  taken by Nesterov. Governor of the Nizhny Novgorod region, Gennady Khodyrev said ''We'll stand for you! We'll do everything!'' And even prime-minister Mikhail Kasyanov   personally controlled the situation  and ordered the ministries and agencies to take action in Nesterov's support. So, Nesterenko moved heaven and earth.

Reports say that in June 2011 at the party meeting  Communist faction made a decision to conduct an investigation on air pollution near Nizhegorodsky Oils and Fats Plant in Moskovsky district of Nizhny Novgorod city. The reason for the inspection were complaints  of  district residents as more than 10 people  appealed to deputy Vladimir Bulanov.
The inspection  found that the composition of plant emissions was 40 kg of fat per 2 tons of water, i.e., 2000 mg / l, while  the federal standard is no  more than 50 mg / l.

In October 2011 it was decided to move Nizhegorodsky Oils and Fats Plant outside the city limits.