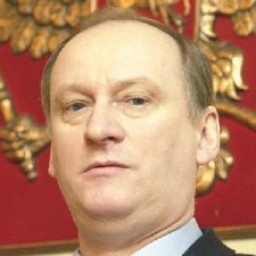 Nikolai Patrushev was born on July, 11, 1951 in Leningrad to the family of a sailor. He studied at School 221 in the same class with Boris Gryzlov. In 1974 he graduated from the Instrument Design Department of the Leningrad Shipbuilding Institute and later worked as an engineer at the institute's design bureau.

Since 1975 Patrushev served in counter-intelligence department of the USSR KGB in Leningrad region.

In 1992 -1994 he was Minister of Defense in the Republic of Karelia and head of the Federal Counterintelligence Service of Russia in Karelia.

Since May 1998 he was chief of the Control Directorate of the Presidential Staff.

In 1998-1999 he was Deputy Director of Russian Federal Security Service, head of the Economic Security Service (at the previous position he was closer to the Kremlin and had more opportunities).

From April 1999 he was first deputy director of FSB.

In October 1999 he was elected chairman of the Council of Heads of Security Agencies and Special Services of the CIS.

On January, 7, 2007 together with Artur Chilingarov and several others Patrushev took a trip to Antarctica and South Pole by helicopter.

Hero of the Russian Federation

The Order of Merit for the Fatherland, I degree (2006)

The Order of Merit for the Fatherland, II degree

The Order of Merit for the Fatherland, III degree

The Order of Merit for the Fatherland, IV degree

The Order of Naval Merit

Medal of Merit for the Stavropol Region (2003)

Honorary Citizen of the Republic of Karelia

Order of the Combat Cross, I degree, awarded by Armenia in 2003

Order of Honour awarded by Byelorussia in 2001

Order of Bogdan Khmelnitsky, III degree, awarded by Ukraine in 2001

Order of St Dimitry Donskoy, I degree, awarded by Russian Orthodox Church in 2005

He lives an active life and plays sports. In March 2003 during exercises in methods of fighting terrorists in the high mountains, he personally led the group of commandos climb to a height of more than five and a half thousand meters, and climbed Mount Elbrus, the highest mountain in Europe. In February 2004 he became chairman of the Russian Volleyball Federation. In January 2007 two FSB Mi-8 helicopters with Patrushev, Pronichev, and State Duma deputy Artur Chilingarov on board landed in the heart of Antarctica.

Patrushev is married and has two sons, both of whom graduated from the Academy of the FSB. In September 2006 Andrey, the   youngest, was appointed advisor to the head of Rosneft, Igor Sechin. In May 2010 the eldest son, Dmitry, he was appointed chairman of the managing board of Rosselkhozbank.

In the Leningrad Division of KGB Patrushev met with Vladimir Putin. According to media reports, Patrushev as head of the department for fighting smuggling and corruption led an internal investigation against Putin in the case of fraudulent export of nonferrous metals abroad.

In 2001 a book "The FSB Blows Up Russia" was published in the U.S. The book was written by former FSB officer Alexander Litvinenko together with the historian and human rights activists Yury Felshtinsky. In the book they accused some employees of the FSB including Patrushev not only in an attempt to commit a terrorist act in Ryazan, but also in the organization of apartment block explosions in Buinaksk, Moscow and Volgodonsk.

In 2002 there was a presentation of "Blowing up Russia" movie by French documentary filmmakers. At Boris Berezovsky’s press conference in London, during which a fragment of the film was shown, Nikita Chekulin, former Acting Director of the Research Institute Roskonversvzryvtsentr, said that he had at his disposal “documentary evidence of a secret scheme of theft of explosives" from military depots, which involved senior officials of the Russian government and FSB. According to him, it was the FSB director Patrushev who prohibited conducting an investigation of this case. Berezovsky, when responding to questions from reporters, stressed that did not claim that Putin personally gave orders about the apartment blocks explosions, but that he was convinced that the President either had known about the preparation of the operation, or "simply hushed up Patrushev".

On September, 1, 2004 terrorists seized a secondary school № 1 in Beslan (North Ossetia), making more than 1000 people, including hundreds of children, their hostages. On September 3 an unplanned storming of the school started. A total of 300 people were killed during the process of freeing the hostages. Total number of victims of the attack reached 335 people. In June 2005 members of the Committee of Mothers of Beslan blamed Rashid Nurgaliev, Patrushev, and Vladimir Pronichev (Patrushev’s deputy), as well as Alexander Dzasokhov, former North Ossetian president, and Valery Andreyev, former head of Federal Security Service of North Ossetia, "in the negligence and inaction in the days of the Beslan tragedy." They turned to Nikolai Shepel, prosecutor in the trial against Nurpashi Kulayev, the only arrested terrorist of the group which carried out the Beslan school siege, with a request to initiate a criminal case against the mentioned people. The media reported about the imminent dismissal of Patrushev. Rumours, however, were not confirmed.

Patrushev was involved in several scandals as head of the department supervising Atlas, Federal State Unitary Enterprise Scientific and Technical Centre. Media reported that in 2002 Atlas failed to launch an information system for the control of excise warehouses. In 2005 some media accused Patrushev and Atlas in an attempt to monopolize the market for cash registers and point of sale equipment.

In 2006 Atlas developed a unified state automated information system for monitoring alcohol manufacturing and sales (EGAIS). Failures of its work resulted in the so-called alcohol crisis in the summer of 2006. Federal Tax Service, according to the media, was not even notified about what company and when was to develop EGAIS. There was no competitive bid for the establishment of the system and Atlas Centre of the FSB of Russia was the only developer to step forward. According to estimates based on a poll of experts and participants of the alcohol market, EGAIS implementation could cost 127 million dollars and maintenance of the system could run up to 239 million dollars annually. Atlas staff refused to give any comments.

In September 2006 Andrey Patrushev was appointed adviser to the chairman of board of directors of state oil company Rosneft. Andrey Patrushev’s responsibilities as adviser in Rosneft are unknown. The adviser was seconded to Rosneft from the FSB which called such agents "reserve" ones. Earlier such level companies were usually seconded with FSB officers who were at least generals. FSB captain Andrey Patrushev received 180 percent salary increment for working with classified information and for the "complexity, intensity, and a special mode of service."

In April 2007 Russian President issued a decree on awarding Andrey Patrushev the Order of Honour for his "achievements in work and long-term (7 months, comments rumafia.com) good work."

Alexey Patrushev, nephew of the Secretary of the Security Council of Russia, established in St. Petersburg two companies, Lion Trade and Stroylesprodukt.Stroylesprodukt deals in building materials. It planned to invest $ 5 million in 2008 in a project of a two-storey trade and exhibition centre with underground parking in Moscow district of Saint Petersburg on Varshavskaya Ulitsa. Moscow firmQuorum-invest was a partner in the mentioned project. Alexey Patrushev is co-founder of a St. Petersburg company which has a joint project with Moscow-basedQuorum-invest. In March 2006 Quorum-invest opened a restaurant Lubyansky in 7, Ulitsa Malaya Lubyanka, directly in the building of Russian FSB headquarters (the so-called House of Dynamo). Nikolai Patrushev’s elder brother, Victor Patrushev, who is adviser to the chairman of the St. Petersburg Dynamo and deputy administrative director of the North-West branch of MegaFon.

Patrushev's elder son, Dmitry, was a vice-president of Vneshtorgbank (VTB) until 2010. According to some sources, Dmitry Patrushev was in charge of issuing loans to oil companies. In May 2010 Dmitry Patrushev became chairman of the managing board of Rosselkhozbank, the third largest state owned bank in Russia.