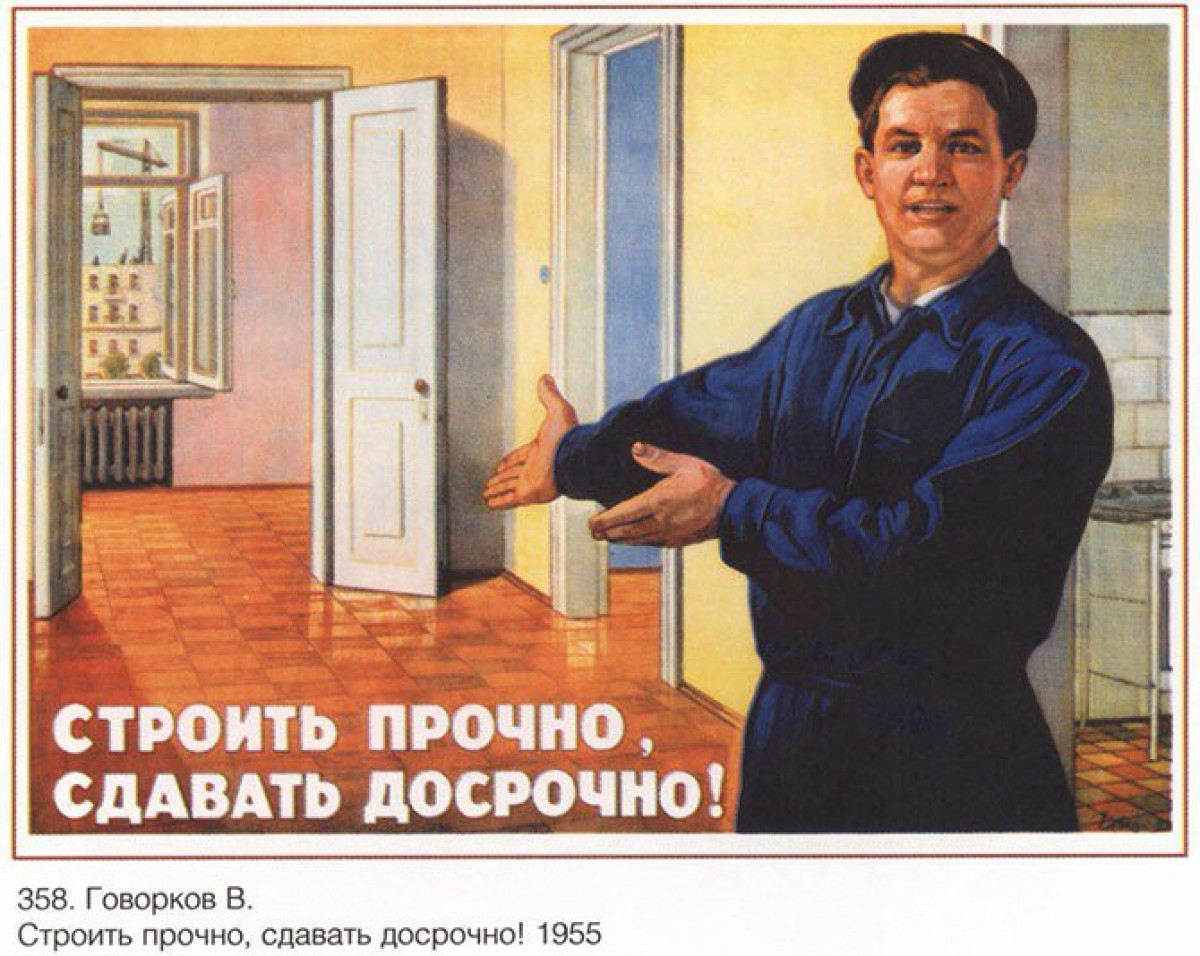 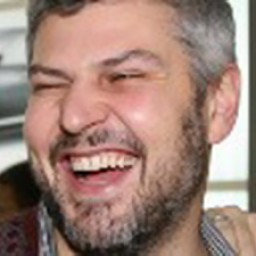 1985 - went to work as an accountant, then as an inspector in a foreign trade association "Promsyreimport” (exporter of iron and ferrous metals);

1988 – worked as economist in the company "Avicenna", selling ferrous metals;

1995 – he became the Director of corporate insurance department of RESO-Garantia, then Vice President, Deputy General Director;

2000 - graduated from State University of Management.

In his youth, Nikolay Sarkisov tried to run his business, traded the metal, but was disappointed.
Source: luxurynet.ru from 12.09.2010

Sarkisov, came to work in RESO-Garantia in 1993. By the time (since 1991) the company had been founded by his eldest brother, Sergey Sarkisov. The third partner and president of the company was Andrei Saveliev.
Source: Vedomosti on 07/11/2007

At first, Nikolay worked in the department of corporate insurance, and only later became a deputy general director.
Source: luxurynet.ru from 12.09.2010

In 1994, together with Natalia Mironenko, Sergey Denisov, and Sarkisov established OAO "Deka-Group” – an investor in residential construction.

Originally, the deal could not be recognized as legitimate because it did not meet the law "On privatization of state and municipal property." But in November 2004, Moscow Mayor Yury Luzhkov signed a decree on the establishment of "Open Energy Company (OEC), and passed the stock of the companies owning a large real estate into its authorized capital: OAO "Manegnaya Ploshad”, shopping and recreation center "Atrium" and OOO "Miosor”. Then, the first deputy mayor, Yuri Roslyak proposed barter of assets between the OEC and Dekra Group.

However, the assets of the companies owning real estate turned out to be more expensive than a 5% stake in Mosenergo, so the authorities decided to give for it only 100% of OOO "Miosor”, which was managing the complex "Tower-2000" in MIBC “Moscow-City"; the company owned 80% of the retail space of the complex.
Source: Kommersant № 242 / P (3081) dated 27.12.2004

In November 2005, Sarkisov and his brother declared that "the RESO-Garantia" may leave the OSAGO market if the government during does not raise rates for that type of insurance the year and a half; the company was a leader in that sector. The company leaving could result in serious problems, but the government did not succumb to the blackmail.
Source: Vedomosti on 07/11/2007

In October 2006, RESO-Garantia announced the resignation of the head of reinsurer Unity Re, Grigory Fidelman which was under its control. That meant that the attempt undertaken by the Sarkisov brothers about a year before to create a reinsurance company that could compete on an equal footing with foreign competitors, had failed .

As stated in an official statement of RESO-Garantia, by the decision of the shareholders Grigory Fidelman resigned as CEO of the reinsurance company Unity Re, which was a part of the insurance group Reso. "When we started the business plan of mega reinsurer, we stumbled on three issues, Mr Fidelman told. The first one was mental: the insurers have refused to go to the capital of Unity Re, while the company was 100% owned by RESO. According to him, if it was created not on the basis of a particular company, but on the basis of parity of insurers, such problems would not exist. Second, Sergey Sarkisov could not imagine the situation when he would relinquish a controlling stake, Mr. Fidelman continued; and third, this is the problem of financing the project." RESO was not ready to risk its money and invest further in a new player. Sergey Sarkisov, in turn, stated that "the project of creating such a player was much more complicated than we imagined, we had disagreements. So we parted ways with Gregory, but remained good friends."

Participants in the insurance market believed that the project by Mr. Fidelman has not taken place yet due to the apparent conflict of interest of its potential participants.
Source: Kommersant № 197 (3528) on 20/10/2006

From late November to early December 2006, OSAGO by RESO-Garantia was audited for compliance with the insurance legislation of the Russian Federation. In the course of it the Head of Inspection for Insurance Supervision of the Central Federal District, Alexander Mironos claimed for a huge number of documents processed by the regional offices. The audit revealed numerous violations and unreliability of insurance reserves the company formed, conducting activities that are not under the license and the distortion of accounting and financial reporting.

Mironos handed the act of checking to his friend - Deputy Director General in Insurance Company “ROSINVEST", Valery Nikitin, in order he requested the leadership of RESO-Garantia" for $ 2 million to make the other act, where the violation would be a lot less. During the negotiation process, the amount of foreclosure fell to 500 thousand dollars in installments. Nikitin’s meetings with Sarkisov and Mironos were recorded by the MIA.

After reaching an agreement in the office of RESO-Garantia Mironos handed Sergey Sarkisov the amended act, drawn up retroactively. At the same time the acquaintance of Mironos, Deputy Director of the OOO "Dariana", Sergey Kudryavtsev received from the head of security in "RESO”, Anatoly Davydov a bag with money, and was detained by operatives. On the same day Mironos was detained. That detention because of bribes diverted attention from the fact of the existence of serious irregularities in the company.

In July 2008, the company RESO-Garantia was checked the tax authorities. Tax claims amounted to 2 billion rubles. However, Sarkisov argued that the debt were much smaller, and wrote off this information to competitors.
Source: Vsluh.Ru on 25/06/2009

In spring 2007, RESO-Garantia announced the sale of 10% stake to the European Bank for Reconstruction and Development. This was done before the scheduled release of the company to IPO. Deutsche Bank and Morgan Stanley were looking for investors. However, the investment was decided to be postponed. Sarkisov feared that the IPO could go through the lower boundary of the corridor. Moreover, there were hedge funds among the potential investors, which was not in their plans neither.
Source: Vedomosti on 07/11/2007

Instead of a public offering Sarkisov then sold 37% stake in the French insurance group AXA.
Source: inforotor.ru on 16/08/2010

For a while, a shareholder of RESO-Garantia was Alexander Mamut, but then his ways with Sarkisov brothers dispersed. Why? Nobody knows for certain.

In January-February 2007, RESO-Garantia "agreed on the opening of a large credit line at Dresdner Bank. In support of this deal a large stake was laid in the company.
Source: Vedomosti on 07/11/2007

In June 2009, journalists wrote that in April 2009 it became known that an insurance company RESO-Garantia reduced the net profit last year compared with 2007, and tripled - from 2.6 billion rubles to 878.7 million rubles, according to a report of the company for the IV quarter. The company had to record losses on investments in stocks and bonds.

The charges of the company also went down: in 2008, RESO sold policies to 30.6 billion rubles compared to 31.8 billion rubles. In 2007, RESO did not extend several major contracts for property and VHI with corporate clients. It was also reported that the charges of RESO-Garantia decreased in almost all types of insurance: life insurance, personal insurance, property and liability insurance.
Source: Vsluh.Ru on 25/06/2009

In 2010, the Bank of RESO-credit disclosed its beneficiaries. The shareholders turned out to be the Sarkisov brothers. Nikolay Sarkisov owns 100% of Business Company “BVI Maximus Overseas Limited”, which owns 50% stake in RESO-Investments through a nominee holder "Abacus Cyprus Limited, and the latter, in turn, owns 99% of the company RESO-Leasing " , which is 100% shareholder of the Bank of RESO-credit.
Source: rbcdaily.ru from 01.02.2010

Sarkisov’s wife Julia, a former model, is engaged in designing clothes. They wrote about her business in an ambiguous way. In particular, it was reported that Julia presented in Courchevel a collection of evening dresses of her own composition, entitled "Russian empire '. It was stated that the newly created trendsetter had been inspired with ideas coming from the past times of the Russian Empire, but in the end, as "Izvestiya" reported, the creative idea by businessman's wife was far from the rarity of fashion: "Neither the lace unitard, nor a mini-dress with a fringe reminded the secular columnist of ancient times. Rather, those "lyuli-Versace" and "kavalische" of the era of the original formation of capital came from the GDR embroidered combinations.

But Julia Sarkisova modestly said that the clothes for her important work were delivered on the private plane from Italy.
Source: Vsluh.Ru on 25/06/2009

Julia received the title "Fashionable opening in 2009”, her collection was shown at the" Russian Fashion Week” in autumn 2009 in Moscow.
Source: luxurynet.ru from 12.09.2010