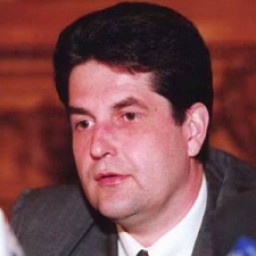 Nikolay Vinnichenko was born on April 10, 1965 in the village of Oktyabrskoe in Kazakhstan in a family of a military man. In 1987 he graduated from Leningrad State University named after Zhdanov with a major in jurisprudence. He was in the same year as Dmitri. Medvedev.

In 1987-1994 he worked in the Prosecutor's Office of Leningrad (St. Petersburg). At first he was an intern, then a prosecutor in the Department for Supervision over the implementation of laws on minors. Then he became assistant and senior assistant to city prosecutor for supervision of the investigation in the KGB, and later he served as head of Department for Supervision of Investigations in the organs Federal safety.

In 1995-1998 he was Public Prosecutor of Moscow district in Saint Petersburg.

In 1998 - 2001 he was deputy Prosecutor of St. Petersburg, oversaw the investigation, since. Since the end of 2000 he was in charge of the supervision of the police.

In 2001-2003 he was chief Federal Inspector for St. Petersburg Plenipotentiary Representative of Russian President in the North-West Federal District.

On October 21, 2004 he was appointed head of the Federal Bailiff Service and Chief bailiff of the Russian Federation.

On December 8, 2008 he was appointed Plenipotentiary Presidential Representative in the Urals Federal District.

Medal of Merit for the All-Russia Census

Honourary Certificate of the President of Russia.

He is State Counsellor of Justice of 1st class. He received the title on December 12, 2005 and after the 2007reform of ranks was regarded as of equal rank without taking corresponding exams.

Since 13 December 2008 he is State Councilor of the Russian Federation, 1 class.

Married with a son.

In 1987 Vinnichenko graduated from Leningrad State University named after Zhdanov. Among the same year students there were Anton Ivanov (Chairman of the Supreme Arbitration Court), Ilya Eliseyev (deputy president of Gazprombank), Valeriya Adamova (Sibur JSC Vice-President in charge of legal support), Konstantin Chuichenko (Gazprom Board Member, Head of Legal Department, and later aide to the President of the Russian Federation). It was noted that many of them made their careers with the help of another classmate, Dmitry Medvedev, who became President of the Russian Federation in May 2008.

In 1998 Vinnichenko was appointed deputy prosecutor in St. Petersburg. In this capacity, he oversaw the investigation, initiated and monitored investigation of several high-profile criminal cases in the late 1990's. In particular, it was the case against Yuri Shutov, St. Petersburg Legislative Assembly Deputy, and his accomplices who were accused of organizing a gang, several contract murders committed with extreme cruelty, attempted murder, robbery, extortion, illegal production and possession of a weapon, and fraud. In 2006, Shutov was sentenced to life imprisonment.

In December 1999 the board of the Russian Federation Prosecutor General's Office found "serious shortcomings" in work of Vynnychenko and his boss, Ivan Sydoruk, and decided to bring them to strict disciplinary action. By making them "personally responsible for turning the city into a criminal capital", the panel identified "specific time frame to fix the situation."

In 2003-2004 the media widely reported a scandal involving Vinnichenko concerning a case he initiated over defamation against a candidate for governor, Anna Markova, after during election debates she quite abruptly spoke of her rival, Valentina Matvienko. In December 2003 Governor Matvienko requested to conduct an inspection and to decide on the initiation of criminal proceedings against Markova on charges of slander and insult. When the case was opened, Markova, saying that Vinnichenko was an interested person, asked the Russian Prosecutor General Vladimir Ustinov to consider the case in another region of the federation. But soon the case was closed.

In August 2004 Vinnichenko resigned. He named no reasons for this decision, but analysts speculated that it might have been uneasy relationship with the Prosecutor General Ustinov and criticism from Interior Minister Rashid Nurgaliyev, who complained to Prosecutor General that the agency of Vinnichenko was not conducting investigation of high-profile cases with enough effort.

In 2006 former KGB officers on the one hand and a well-known raider Badri Shengelia on the other seized SCAM JSC, located in near Moscovsky railway station in St. Petersburg and promising a fantastic income to owners. Shengelia won over security officers. Since then, his opponent Vladimir Gustov was trying to prosecute the enemy, using his old connections in the power structures.

According to Shengelia, the cases against him were a frame up by Vadim Gustov, who attracted Vinnichenko, the then chief bailiff of Russia, to his side. To confirm his words Shengelia presented an audio conversation that took place between him and Vadim Gustov:

G.: - Badri, time is running, you know ... We have a sufficient number of sanctions. We have done much work, for which the officials must report. They can not just close the case, otherwise they will just be ... We wanted the criminal case in the Main Investigations Directorate... It was, of course, funny when Vinnichenko calls and says: "There's a criminal case in the Main Investigations Directorate..." It takes several days and the case is gone. I'm back to Vinnichenko ... By then it could all be resolved, just in Vinnichenko started his own game in Moscow ...

Sh: - So you sorted it out  with Vinnichenko?

On the night of August 7, 2011 a Yekaterinburg drug addict Pavel Moiseyev alarmed FSB and FSO, who guarded Nikolay Vinnichenko, Driving through the streets on a VAZ-2109 car, Moiseyev rammed the gate of the residence of the presidential envoy in the Urals Federal District. Then he made a victory lap in the courtyard in front of the security and drove off. The law enforcers were lucky that the reckless driver was just a crazy man, and not a terrorist. The gate at the residence was quickly changed. Security officials tried to hush up this scandal. Those who worked in the residence of the envoy Nicholas Vinichenko, which, in fact, the curious attack was aimed at, also kept silence.