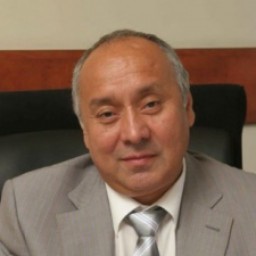 He was born in 1953 in Dushanbe. In 1974 he graduated from the Tajik Polytechnic Institute, and then was assigned to work in Tadzhikprotransstroy, then worked in Tadzhikdorstroytrest.

In 1980-1981 he was director of the Dushanbe pilot plant of road and bridge construction.

In 1981-1992 he headed the Construction Department of the Institute of Atomic Energy named after Kurchatov.

Since 2003 he has been CEO of Mosstroysehanizatsiya-5 (MSM-5) CJSC.

At the beginning of the dashing 1990s Yasinov decided to go into business together with a major Moscow criminal don, Mikhail Pishchik (Monya), leader of Belaiev gang.

In 1992 Monya helped Yasinov get the position of deputy CEO of Mosstroymehanizatsii-5 (MSM-5), that was under protection of Pishchik’s gang. In 1994, being wanted, Monya and Obid Yasinov established the firm Legion. In fact, the firm became the keeper of the so-called obshchak, a common pooled fund of the criminal community. Accordingly, Obid Yasinov became chief treasurer of the Moscow criminal structures.

Legion Ltd. received money from businessmen under the gang’s protection, including MSM-5. They spent it on buying cars and real estate around the world, hunting, financing Monya’s men. The acquired property was registered on third parties.

Yasinov and Pishchik’s partnership turned out to be fragile. In 2004 the partners had a serious quarrel over how to spend the criminal money. After that Monya made it to crime reports already as a victim. On June, 24, when he was leaving the Torpedo stadium boxing room, two unknown men ran up to the criminal boss and shot him twice in the head with a PSM (abbreviation for Russian "small self-loading pistol"). Monya was carrying an air gun (IZH), but he could not use the weapon because the wounds killed him on the spot.

This crime was not solved, but there was information that Rustam Makhmudov, notorious killer, was involved in the murder. He was also accused of the murder of Novaya Gazeta journalist, Anna Politkovskaya.

Shortly after the murder of Monya in 2005, Yasinov became the founder of Legion and a subsidiary, Parviz. Apparently, later he was the one to receive a share of Pishchik’s income. The Yasinovs left Legion Ltd only in 2009.

Yasinov was among the confidants of Moscow Mayor Yuri Luzhkov. In the framework of Mosstroymehanizatsiya-5 a new entity, Eleksbank, was established, in which Yasinov served as a board member. The main objective of the bank was promoting the interests of Luzhkov and his wife Elena Baturina. In particular, it Eleksbank in which the first firm of Elena Baturina, the company Inteko-plastic, had its accounts.

All the money from the regions was taken to the head office in Moscow and spent on the needs of MSM -5 and Moscow officials. In 1997 Eleksbank seized to exist. The Central Bank revoked its license. The bank owed its clients more than 300 billion rubles, of which 100 billion rubles was debt to individuals. Roughly the same sum Eleksbank allotted for the financing of 850 anniversary of Moscow.

On June, 20, 1997 Luzhkov signed a special decree on providing 74 billion as financial support for Mosstroymehanizatsiya-5 CJSC. The money was used for Barel-5 established by Yasinov. Valery Becker, employee of the IMS-5, and Igor Lakshinsky, businessman, became its top managers. A few years later Lakshinsky was arrested on charges of fraud, loan defaults, and tax evasion. He was made be responsible for all Barel-5 activities.

Bank Solidarnost where Yasinov a board member, was also founded by MSM-5 in together with trade union organizations at various levels to serve the needs of Luzhkova-Baturina. The bank was often mentioned in reports of the Accounting Chamber in connection to misuse of budgetary funds, embezzlement of public money, taking money out of companies or the country, and raider attacks.

Following the dismissal of Luzhkov, Yasinov began to actively spread rumours about his connections in the Kremlin. In particular, that he was among those who could freely address Vladislav Surkov.

On November 19, 1998 Aleksander Gontov, adviser to the governor of Kemerovo region, was shot in the apartment building in Moscow where he lived. In Moscow, the adviser to the governor owned Transprogress and Start-CBS which were engaged in construction and marketing of mechanical means. Shortly before the murder these entities had a conflict with the top management of the MSM-5. Gontov constantly had telephone conversations with Yasinov’s "right hand", Tatiana Chalykh (chairman of the board at MSM-5). Chalykh fell under suspicion and her phone was wiretapped, but the investigators could not check the version to the full. Crime remained unsolved.

In spring 2011 MSM-5 joined in the struggle for Kutuzovskaya Milya contract. Yasinov, CEO of MSM-5, confirmed the company's interest in the project.

On May 3, 2011 FCSR CEO Petr Ivanov sent a letter to Vladimir Resin, First Deputy Mayor. The businessman wrote that MSM-5 was engaged in a «risky venture» and «misinformed the city officials» about the construction works in Kutuzovskaya Milya residential complex. Ivanov stressed that interference of MSM-5 would result in affecting customers who had already paid for the flats and postponing the construction work continuation until the end of the year.

On 5 May Ivanov notified Yasinov that he turned down the offer to concede the contract for construction of Kutuzovskaya Milya residential complex. Vladimir Resin was also notified of the decision to reject the contract.

On May, 24 Pert Ivanov, FCSR CEO, was several times shot in the face with a traumatic gun. The incident occurred during the day at the office on Filevskaya Boulevard.

Petr Ivanov told the investigators that MSM-5 and namely its representative Kirill Meshcheryakov was behind the attack. Meshcheryakov had repeatedly threatened the head of FCSR. The last time he did so a day before the assassination. Meshcheryakov is the son-in-law of Michael Barshchevsky, the Plenipotentiary Representative of the Russian government in the highest courts.