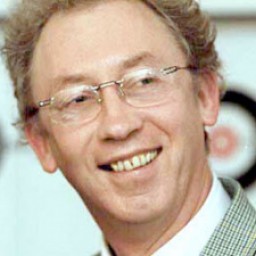 Mr. Vyugin was born on 29 July 1952 in Ufa. In 1974 he graduated from physico-mathematical department of Moscow State University and in 1977 he completed his graduate studies in physics and mathematics at the same higher educational establishment. He is a Candidate of Physical and Mathematical Sciences.

In 1980 he worked as a senior research scientist, divisional manager of All-Union institute for scientific research studying consumer’s demand for large-scale goods and trading environment.

In 1989 he became the Chief Researcher of Institute of Economic Forecasting of the Russian Academy of Sciences.

In 1993, Mr. Vyugin was appointed Head of the Macroeconomic Policy Department at the Russian Ministry of  Finance.

In 2002, he was appointed First Deputy Chairman of the Central Bank of Russia.

In 2004 Mr.Vyugin became a head of Federal Service for Financial Markets.

Mr. Vyugin is an honored economist of the Russian Federation. He is a professor of the State University — Higher School of Economics.

In such a situation of legal uncertainty everything depends on the will of a particular official. It is clear that when all the information automatically becomes “closed”, the temptation of giving it to "privileged" people with a self-profit arises.
The Law "On ensuring access for citizens and organizations to information about the activities of state bodies", which should regulate the information interaction of the state and the citizens, was developed a few years ago, but is still in the depths of the government. The information about its “fate” appears to be closed, as well as the true reasons for dismissal of the member of White House Leonid Bondarenko.

Here are some government documents, potentially interesting for business
- Documentation on public procurement. Having the preliminary information about the conditions of the coming tender, it is easier for the companies to prepare for it.
- Proceedings of the planned expenditure of the budget. The Ministry of Finance puts mark "Top Secret", even on cash calls of ministries.
- Draft regulations that will prohibit, regulate or limit something. All related companies will be happy to take protective measures.
- Concepts, plans of the government, development programs. On their basis budget money is allocated.
«Hails»

Deputy Economic Development Minister Vitaly Savelyev.
Last job before entering the civil service - the vice-president of the merged company "GROS".
Andrey Afanasyev, the director of the administrative department of the Ministry of Finance. Previously was a Vice President of "Bank" Russian credit ".
"Shuttle"

And in the photo there is Oleg Vyugin. He is a respected person. Generally Mr. Vyugin  approved himself  everywhere where it is possible.
He is a Ph.D. in Physics and Mathematics.

From 1989 to 1993 – he was the leading research worker, a chief of laboratory of the Institute for National Economic Forecasts of the Russian Academy of Sciences.

In 1993, Mr. Vyugin was appointed Head of the Macroeconomic Policy Department at the Russian Ministry of Finance.

In 1994 he joined the collegiums of the Russian Ministry of  Finance.

He is the author of more than twenty scientific publications on the theory of probability and macroeconomic modeling. In the ranking of top 100  managers of new generation, conducted by the publishing house "Kommersant" and the Association of Managers of Russia in October 2004 to find out the professionals who made the best career in the field of management of the economy and the state  since 2000 , Oleg Vyugin was among the top ten politicians.

Ufff .. ...  I am Tired even to enumerate his achievements..

The name of Oleg Vyugin in the list of Board of Directors is a signal: "We are all ok. Everything is transparent and efficient, because personally Oleg Vyugin stands bail for us. His reputation is at stake, and he values it."

Oleg Vyugin is a member of the Board of Directors of JSC "Transneft", he is an independent director.
Because of it Oleg Vyugin will receive (or has already received ) a formal letter.
There will be no anthrax powder inside of it, but there will be a request from one of the shareholders of JSC "Transneft" to assist in getting at least some information about the 12 billion rubles, which were derived from Transneft over the past two years as the cost of charity.

As an independent director, he will also be asked to raise the question about public disclosure of all documents relating to the charity of "Transneft" on the meeting of Board of Directors.
The reply of Oleg Vyugin will be published. It will also be informed about his refusal to answer, which is very likely to happen.
The maximum response time is a month.
A month later we find out what really thinks about the transparency and efficiency one of the top 100 new generation managers, who made the best professional career in the field of management of the economy and the state," according to the newspaper "Kommersant".

Oleg Vyugin keeps back the truth about stealages  in «Transneft».

On 24 November Zamoskvoretsky Court of Moscow held a preliminary inquiry on the suit of a minority shareholder Alexey  Navalny to the member of the Board of Directors of OJSC "AK" Transneft ", independent director Oleg Vyugin.
Mr. Navalny filed a request for information relating to the charitable activities of the company "Transneft", and the request to raise on the Board of Directors meeting the question of the publication of all related information.

As it is known, over the past two years the company "Transneft" spent on "charity"  more than half a billion dollars, but now the representatives of the company refuse to name the recipients of these generous donations.

Oleg Vyugin did not appear at the court. However, he outlined his position by sending three lawyers to the judicial proceedings. They had to prove to the court that the "independent director" Oleg Vyugin has the right to ignore the demands of minority shareholders.

"The position of Oleg Vyugin is puzzling. He is a well-known person with a good reputation. He was elected as an independent director of the company and, obviously, should act for transparency in the work and fight against theft within the company. That's why I turned to him, expecting to get support for my legitimate demands. However Viyugin prefers to sacrifice his reputation in order to cover shady deals in "Transneft", "stated Alexey Navalny.

"I have a reason to believe that under the guise of charitable work there were and there are stealages in especially big amount in the company. The other minorities of "Transneft" and me will work to ensure that this case of "charity" will receive a criminal proceeding. It is a pity that Viyugin acts against us. Hopefully, he was not personally involved in these frauds, "said Alexey Navalny.

The full text of the Code can be found here:
http://www.nand.ru/ob-assotsiatsii/kodeks-nezavisimogo-direktora.html

The next court session is on the 25th of December.

I should add that not so long ago, Oleg Vyugin was awarded the Golden Diploma "For personal contribution in improving the transparency of the domestic stock market."

But I personally decided that from now all the letters to Vyugin (and there definitely will be many of them), will be addressed as following:
To  Mr. Vyugin Oleg Vyacheslavovich,
an independent member of the Board of Directors of JSC "Transneft"

the winner of the award "For personal contribution in improving the transparency of the stock market,"

You put him in an awkward position.

After all, in terms of our state-owned companies the members of the Board of Directors are nominal and obedient figures. When it is needed they are even not allowed to enter the office of the company and in general they are not aware of what is going on. And now Oleg Vyugin is attacked by some minor who is cajoling information out of him. Mr.Vyugin He feels uncomfortable.

Do forgive him, Alexey!

It is very easy to be Navalny without building up any equity, business reputation, but it is difficult to become Navalny if you are already Vyugin.

I am sure that Vyugin so clear and transparent figure as it may be possible in our system, and when you consider all in relative coordinates, then there is not obviously any support for charity.

And if you were Vyugin what would you have done, faced with such a provocation?

In general, Mr.Vyugin, having such an insignificant position, could just write a formal letter that because he was not aware of the real situation in the company he did not have any cause for concern.

1.A  provocation is a "charity" for half a billion. And Vyugin put up with this provocation by agreeing to join the Board of Directrs.

He should not agree then, why to spoil the reputation?

2. If everything is accessed in relative coordinates, we all have to live up to the principle "thank you, for not killing us."

Substantially. What would I have done if I were Vyugin :

1. hard option -I would resign from the Board of Directors.

2. half-hard option - I would resign from the Board of Directors, referring to busyness, etc.

3. soft version -I would  raise the question of the publication on the meeting of Board of Directors, of course was refused and then would write a letter to the shareholder ,like : I did everything possible.

4. soft 2 option - did not pursue the former charity, but moved on to the future. Put up the shutters and said that I'm good

Vyugin chose the worst possible strategy: nothing at all to answer and litigate for the fact that he has a right not to answer anything. The conclusion is obvious: he knows about stealing, he does not want to quarrel with anyone who steals,he wants to remain in the list of the Board of Directors.

In short Vyugin wants to eat cake and have it. This never happens. "

There is an independent director in Sberbank, who believes that he must work off the money he is paid. My previous experience with the "independent" director was purely negative. Very Western and transparent Oleg Vyugin from "Transneft" showed himself as an ordinary swindler.
Mr.Sergey Guriev, an independent director of Sberbank, of course did not lay himself out and did not initiate an investigation, but he immediately reacted on the letter, saying that he had competitive interests to this issue (his economy school will receive part of the premises in the "Skolkovo") and, as I understand, it is much to his praise that this letter turned out to be more informative than the usual "I'm sorry, it's not the information the shareholders are supposed to know."