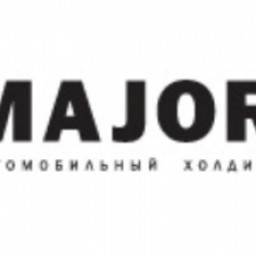 Abrosimov's personal data is not specified in the affiliate register of  Major Holding.

In 2009 it became known that Pavel Abrosimov, the owner of  Avtotorgbank, formerly known as Slamek Bank, managed  Major. Abrosimov and his business partner Alexander Nikitin were reported to be owners of more than 50% of Major  ''for several years."

According to SPARK-Interfax, on 24 October  2008  Pavel Abrosimov and his business partner Mikhail Bakhtiarov owned 50% of  Major Holding, to which  all the assets of Major were transferred.
According to the Uniform State Register as of July 10  2008,  Abrosimov wholly owned  Major Avtoservis  LLC, car service branch of Major. Formerly Avtobank controlled 90% of shares, while Aleksandr Nikitin owned another 10%.

Major owned 30 car dealers in Moscow and 5 car centres in St. Petersburg and  cooperated with sub-dealers in other regions as well. The company was an official dealer of Mercedes-Benz, Audi, Toyota, Land Rover, Chrysler, Jeep, Dodge, Volvo, Honda, Mazda, Nissan, Ford, Renault and others. Major was engaged in cargo transportation, too.

According to Ranking-Interfax,  in the first quarter of 2009  assets of Avtotorgbank  was valued at 1.87 billion rubles, while its equity capital was 561 million rubles and its profit before tax totalled 10.7 million rubles.

In 1998 Major Auto was established as a dealer of DaimlerChrysler automobile corporation, but soon became a diversified holding. In 2001  transport and logistics branches were founded, and in 2004 Major Auto Trans company was established. The company  signed a carriage contract with Nissan and Volkswagen. In 2006  Major became the exclusive carrier of Mazda, Alfa Romeo, and Renault. According to Auto Business Review magazine, in 2007  Major was second to Rolf  in terms of revenue. The former earned $ 1.9 billion, while the latter earned  $ 2.25 billion. But in 2008 they swopped places. Major increased sales by 51%, earned  $ 3.29 billion and was ranked first.

In 2009  customs police together with  the contraband department solved several smuggling crimes committed by an international criminal  group. Construction equipment was smuggled  through Major Cargo Service transport and logistics company. A criminal case for smuggling under the article 188 of the Criminal Code  was opened. On 12 October 2009  officers of the Federal Customs Service searched office buildings of  Major Auto. They seized financial and technical documents of the company.  Reputation of Major Auto was blemished.

According to a source close to the investigation, Major Cargo Service transport  and logistics company allegedly was already involved in criminal cases of smuggling twice. However, the Federal Customs Service refused to disclose detailed information. Press service of Major Holding said that "they were not authorized to comment on the activity of Major Cargo Service" and claimed that Major car sales centres had not been searched.

According to Finance magazine, in 2011 Pavel Abrosimov's wealth was estimated at 8.5 billion rubles. He was ranked 335 in Russia's richest list, whereas previous year he was ranked 358.
Source: Finance, 14 February 2011