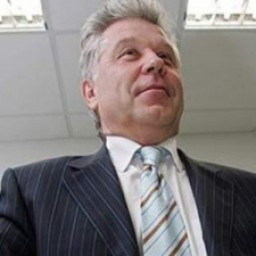 Pavel Ipatov was born on April, 12, 1950 in the village of Asbestovsky in Sverdlovsk region. From 1965 to 1969 he studied at Ural Polytechnic community college in Sverdlovsk. In 1975 he graduated from the energy department of Ural Polytechnic Institute with a degree of electrical engineer of electric power stations. In 1991 he graduated from Department of Management of the Academy of National Economy under the USSR Council of Ministers, receiving a qualification of leading management expert. He began his career after graduating from the polytechnic school at Kuznetsk Metallurgical Combine in Kemerovo region, where he worked as shift supervisor of the electrical shop. Later he worked on Slavic Hydroelectric plant and Uglegorskaya Hydroelectric plant. He served in the Soviet Army.

In 1980-1984 he worked at the construction of the South Ukrainian nuclear power station as shift supervisor, working primarily in commissioning of new units.

In August 1985 he became chief engineer of Balakovskaya nuclear power plant that was under construction at that time.

From 1996 to 2001 he was a deputy of the Council of Deputies of the first convocation of Balakovo municipality.

On March 3, 2005 deputies of Saratov Regional Duma unanimously endorsed Pavel Ipatov proposed by the Russian president to the post of governor of Saratov region. On April 5 he became head of the region.

The Order of Friendship of Peoples awarded on June, 27, 1994

Order of Red Banner of Labour awarded in 1988

He is laureate of the USSR Council of Ministers Grant (1991), Laureate of the RF Government Grant in Science and Technology (2001), Laureate of National Grant of the Peter the Great (2002),and  Honoured Worker of Education of the Russian Federation (2004).

When in 2006 the Audit Commission completed a comprehensive review of the budget of Saratov region for 2005, misuse of budget amounted to hundreds of millions of rubles. The question of what the money was spent on was the subject of discussion at a meeting of the regional parliament. During the meeting one of the deputies asked governor Ipatov a question concerning the grounds on which the regional administration handed a rather large batch of equipment intended for road construction free of charge over to businesses. The deputy did not get a clear answer to this. The construction sector is so to say a black hole in the region that engulfed billions of rubles. Many regional parliamentarians argued that most of the construction contracts went to Stroyeks, an organization linked with the governor.

The media found out that, according to a list of affiliated persons of Balakovo-bank as of December, 31, 2009, a young graduate of the Finance Academy, Anna Ipatova, was among the bank’s largest shareholder, her share in the authorized capital amounting to 4.73%. The woman had 1.89% of the shares on hand. In total, she has 4,531,984 securities of which 3,082,606 are preference shares and 1,449,378 are common ones. According to the bank, the value of one share is one ruble. Profit is 10% per annum from the common stock. Profits from preference securities vary and can reach 50%. That makes the annual income of Ipatova junior about 1.5 million rubles not taking into account bonuses and salary.

Anna Ipatova was also known in relation to Golubaya Dal Gelendzhik resort in the village of Divnomorskoe. Apart from her there are other shareholders of Balakovo Bank who are among management of the resort. In particular these are Leonid Mazharov, CEO of Balakovo Stroyeks CJSC, largest contractor in the construction of facilities financed from the budget. For a long time opponents of the governor could not understand why the government chose Stroyeks. The answer they found in Golubaya Dal.

Andrey Saukhin, Accounting Chamber Chairman, said at a meeting of the regional parliament that his department found in the work of local government evidence of excess regional budget expenditures totaling to 1.5 billion rubles. Much of these expenses, according to Saukhin, were detected during a check of paperwork on construction of shore facilities. According to him, contract price was overstated by 808 million rubles. In addition, the chairman of the Accounting Chamber drew attention to the difference in the price of health and fitness complexes in Rovnoye and Gorny. Also, according to Andrey Saukhin, it was paid extra for construction of fitness centres in the Yershov, Balakovo, and Pugachevo ordered by the regional committee on capital construction. The overpayment was 136 million rubles. In a period of three years, as claimed by the chief inspector of the region, 8.3 billion worth of expenses were with irregularities.