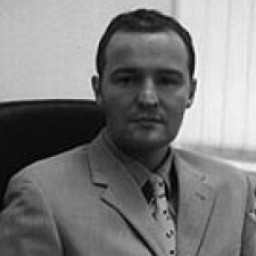 Roman Trotsenko was born on 12 September 1970 in Moscow to a family of medical workers.

In 1987—1988 he underwent training in Yele in the USA, and Coimbra University in Portugal.

From January 1989 to January 1992 he chaired the board of trustees at the Al Baraka Kazakhstan bank.

From January 1992 to December 1993 he served as the CEO at Intermediabirzha.

From July 1994 to March 1996 he chaired the board of trustees at Platinum-bank.

In 1996-1998 he was the chairman of the board of trustees at CJSC Promyshlennoe Razvilie.

In 1996 Trotsenko headed the board of directors at Passazhirsky port.

In 1997 he headed the board of directors at Yuzhny rechnoy port LTD.

In 1999 after Ph.D. studies he joins the Ministry of Transport as adviser to the Minister.

From 2000 to 2002 Trotsenko served as the CEO at Moscow inland navigation division.

Since 2012 he has been the advisor to Rosneft head Igor Sechin and supervisor of shelf projects of the company.

As of February 2013 Roman Trotsenko's fortune amounts to $1.2 billion.

Roman Trotsenko is married, with two sons. His wife, Sofia Trotsenko, was born on 6 November 1979. She is the managing director of Winzavod Centre of Modern Art.

"Aleksandr Bastrykin, Chairman of the Investigative Committee, took personal control over the St. Petersburg investigation in a case of embezzlement of 38 million rubles allocated to Northern Shipyard, part of United Shipbuilding Corporation (OSK). In the near future the investigators plan to bring charges against Dmitry Gromyko and Aleksey Mordovichev, the leaders of Sameta - tax and legal advice, where part of the funds allocated for the shipyard ended up. Mordovich and Gromyko are long-term business partners of OSK ex-president, Roman Trotsenko, who recently became primary suspect in the Investigative Committee investigation and who habitually refers to himself as the right-hand of Igor Sechin [http://expert.ru/south / 2014/12/volgo-donu-grozit-neftyanoj-zatyik /].

It was Trotsenko’s name in the case file that made Russian chief investigator Aleksandr Bastrykin take the case under his personal control. His subordinate, head of the Main Investigative Directorate at the Investigative Committee in St. Petersburg, Aleksandr Klaus promised that soon there would be more details in the investigation [http://www.compromat.ru/page_34427.htm]: Mordovich and Gromyko have quite some facts to disclose. For over ten years they have been working with Federal Tax Service and arbitration courts to ensure they make decisions in the best interests of Trotsenko. Along the way, the founders of Sameta protected their own vital interests concerning large tax returns.

In addition to troubles with the Investigative committee, Gromyko and Mordovichev are now challenged by the Russian special forces. Turns out, a co-owner of Sameta is a Ukrainian politician Vladimir Vashko - one of the sponsors and organizers of Kyiv  Maidan. Another business partner of Roman Trotsenko [http://rospres.com/hearsay/14128] is Vladimir Antonov, a Lithuanian banker who is hiding from law enforcement in London and prefers to give interviews to Ukrayinska Pravda, the internet voice of the self-styled Kiev authorities.

"Given the connections that Gromyko and Mordovich got in arbitration courts, Federal Tax Servise and several other departments, Sameta quickly got itself a number of clients. Among the new clients was Roman Trotsenko, adviser to Igor Sechin, a friend of Russian President Vladimir Putin.

Roman Trotsenko met leaders of Sameta back in 2000. Russian tax police statements show that the illegal business around tax return was closely associated with the companies of Interros group owned by Vladimir Potanin. In the late 1990s, a former aide to President Boris Yeltsin, Major-General of Military Intelligence Boris Kuzyk together with Interros established New programs and concepts (NPK).  As its contribution to the share capital of the company, Interros provided ​​securities of a number of companies, including Northern Shipyard bringing it under full control of NPK. North-Western Shipping Company also ended up under the full control of New programs and concepts. Dmitry Gromyko became a kind of an overseer for the interests of Interros in NPK. Officially, he took one of the posts in the shipping company.

By this time Roman Trotsenko already owned Moscow inland navigation division and actively developed his business. His usual manner was hostile takeovers, including bribery of top managers in the camp of competitors. In NPK Dmitry Gromyko was the bribed top manager who was supposed to help Trotsenko get certain assets of the entity. Gromyko arranged another helper for Trotsenko, his friend Yuri Tufanov who in 1998 to 2007 served as the company’s Deputy General Director.

Their joint efforts led Northern Shipyard which already at that time was financially supported by the state, North-Western Shipping Company and other companies managed by NPK into distress. However, Trotsenko failed to gain control over Northern Shipyard. It was given over to a more influential figure, a banker Sergei Pugachev. Trotsenko got his share as well, in a number of other entities under NPK.

Cooperation with Gromyko worked out all right for Trotsenko, so later he used this businessman and his Sameta for most of his projects. Mordovichev and Gromyko were to solve various local problems such as to negotiate with representatives of the Tax Service for their refusal from tax claims in large amounts; urge arbitration courts to rule in a certain way; bribe people in the camp of competitors, etc. Such tasks required little legal skill. It required connections in the Tax Service and among judges, and to have money to meet their financial needs. And they had it all. Gromyko and Mordovichev were well connected, and Trotsenko had the money.

Today Sameta employs about 50 people. Some of them are lawyers that are being prepared for future introduction to the courts, large state-owned entities, tax authorities, other government entities. For example, in 2013 Yevgeniy Strelnikov, a former employee of Sameta, became a judge in the Moscow Arbitration Court. Just now his colleague and the presiding judge Andrey Grechishkin is considering a multibillion lawsuit [http://inright.ru/articles/real% 20estate/20140418/id_1192 /] for the recovery of funds in favour of the firm owned by Roman Trotsenko. Alan Khadziev, also a former Sameta employee, is now head of a sub department in one of the Ministry of Energy departments.

The other part Sameta staff are former employees of the tax service and other government agencies who already performed some work for Sameta in their previous engagements and got the job here after facing trouble. Among them a lot of people came to Sameta on personal patronage of Trotsenko. For example, a former spokesman for the Ministry of Transport, Aleksandr Filimonov. He came to the Ministry of Transport when Trotsenko was an official in this agency, so when talking to the media he defended rather the interests of Trotsenko than those of the ministry".

"From what Novoselskiy is saying it appears that he never acted on his own and always implemented what had been decided by the management, including in the case of theft of 38 million rubles. His former boss, ex-president of OSK Roman Trotsenko, already started to prepare for possible issues with law enforcement. His representatives announced that Trotsenko has been seriously injured and needs a surgery and long-term treatment. Most likely he would have to go abroad, where Trotsenko would be unavailable for Russian investigators".