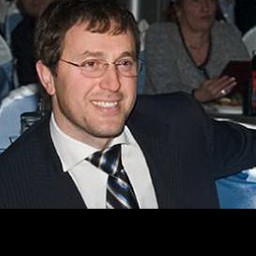 He belongs to Khacharoy stem.

According to some sources, Baysarov’s family belongs to one of the nine Chechen military, economic and political stem unions – Nokhchmakhoy.

In the beginning of 1990 moved to Moscow, where he went into business.

Suffered several attempted murders, connected, according to law enforcement authorities, with redistribution of property in the Center of International Trade (former “Sovincentre”) at Krasnopresnenskaya embankment, Moscow, where owned by Ruslan casino, hotel and entertainment center were located.

In 1997 together with filmmaker Fedor Bondarchuk and Stepan Mikhalkov opened restaurant in Moscow.

Baysarov was one of the richest businessmen of Chechen origin. His assets amounted to $200 million.

He is a corresponding member of Security problems academy, defense and rule of law; the author of several scientific works;

He is officially registered in Prigorodnoye village of Grozniy area Chechen Republic. However according to, printed media, resides permanently in Moscow region Rublevka mansion.

Spouse and his children of different marriages (sons Deni and Elman, daughters Camilla and Dali) live with him.
Source: «Wikipedia»

For the first time mass media drew attention to Ruslan Baysarov in view of the fact that in November 1997 “Sovincenter” CEO Boris Gryaznov was murdered.

It happened that in the end of 1980 hotel and business center “Sovincenter” got under pressure of Chechen criminal group, in particular such lords of the underworld as Beslan Dozhua (Bezik), Maybrek Dakaev (Mayer), “authority” of Islam Osmaev. In 1995 the management of Russian Chamber of commerce, owning “Sovincenter” controlling stock, appointed Boris Gryaznov, responsible before for connection between “Sovincenter” and chamber. He tried to clean the hotel from criminal elements. The first that Gryaznov did – gave some big “Sovincenter” objects (sport complex “Atlantis”, night club, casino, bar “Beer Shtube” and territory around business center), controlled by Besik and his people, for rent to “Infant” holding president of that time, Ruslan Baysarov. Baysarov later explained that he, as opposed to Gryaznov, could negotiate with Chechen gangsters. Interview with Baysarov was published, where he informed: “I did all my best to drive them out of “Sovincenter”. Now Mayer and Co hates me. Last spring I’ve been attempted on my life: a stranger threw grenade to my house in Zhukovka. Half of the house was ruined. Then followed telephone threats…Leaders of other criminal groups tried to reach me. Although I’m not scared of them, I have to spend much money for guards. If I leave the real war will start in “Sovincenter”.

Baysarov became not only the official “cover-up” for business center, but also a good business developer.

However at that moment there was not clear understanding, which killed Gryaznov, although the murder was linked with those processes. Baysarov hadn’t been officially accused.
Source: Newspaper «Kommersant» № 205 (1387) from 27.11.1997

In the end of 2000 journalists wrote that Ruslan Baysarov and his spouse Christina Orbakaite sold their club “Infant Terrible”. It was admitted that details of the deal was hidden.

September 5th 2000 at the presentation of Orbakaite’s album “May”, in the presence of mother-in-law Alla Pugacheva, Baysarov, being jealous, punched his wife on the nose and, as it was stated, broke it. However, later the couple appeared together on parties, although from that moment their relations started to break, that led to a scandal, when on September 1st 2009 Baysarov didn’t bring his child Deni to school. Baysarov was accused of kidnapping.
Sources: Magazine «Weekend» № 233 (233) from 10.12.2000, «Moskovskiy Komsomolets» from 04.09.2009

Next time Baysarov was referred to in regard of consequences of the terrorist act, organized by Chechen fighters in Moscow Dubrovka in 2002. It was reported that after the attack of captured by fighters building the information came up that Baysarov was, supposedly, the owner (nominal owner – a certain Ilya Abaturov) of gay-club “central station”, located in the theatre center building. As reported to journalists Moscow region governor Boris Gromov, terrorists of Movsar Baraev warehoused guns and explosives during one month in the club. However yesterday in journalists interview Ruslan Baysarov remained above suspicion. The information came up in media that Baysarov’s mother-in-law Alla Pugacheva came to the culture center at the moment of negotiations with terrorists and even submitted the intelligent services detailed plans of the building, but it was not succeeded to get distinct answer from Baysarov on that matter.
Source: Newspaper «Kommersant» № 198 (2567) from 30.10.2002

The fact of close relations between Baysarov and Chechnya president Ramzan Kadirov was repeatedly noted. For example, Ramzan Kadirov got the most luxurious gifts for jubilee from two Moscow fellows – Senator Umar Dzhabrailov and businessman Ruslan Baysarov. The clubbed together to buy a super fashionable sport car Ferrari Testarossa at the price of 450 thousand EUR.

In March 2007 Chechnya president Ramzan Kadirov met the leaders of Chechen unions in Russia. Kadirov promised to restore the Republic by the end of 2008, called the assembled people to take an active part in that. At that meeting participated Ruslan Baysarov who expressed his willingness to support Kadirov.

The further mass media interest to Baysarov was for a long time linked with his conflict with well-known businessman Shalva Chigirinskiy over “ Sibir Energy”.

Shalva Chigirinskiy together with his partner Igor Kesaev controlled 23,35% of Sibir Energy. That company operated in Russia, produced 4.2 million tons of oil per year, and owned half of Moscow Oil processing plant. The second big stockholder of Sibir Energy (about 20%) was Moscow government, the rest of shares were traded at the exchange and belonged to a numerous investors.

Sibir Energy shares were controlled the entrepreneurs via “Bennfield”. The half of that belonged to Chigirinskiy structure “Gradison Consultants” and another half – Kesaev’s “Orton oil”. In autumn 2008 Shalva Chigirinskiy faced financial problems. The partner helped to solve them. “Orton oil” took a loan $250 million from Sberbank against “Gradison” as pledge. “Orton” itself was in pledge to Sberbank. However, it didn’t solve all Shalva Chigirinskiy’s financial problems and in March he stopped paying interest on credit. But instead of collection from pledge,” Orton” assigned the right of demand under a credit to “Bronson Partners”, controlled by Ruslan Baysarov. Chigirinskiy decided to dispute that deal in London court.

While the businessman tried to keep his share in the company, the list of shareholders had changed. Since April “Gazprom neft” started to actively buy out “Sibir Energy” shares. The company purchased all shares, traded at the exchange, and by the end of July 2009 bought from Igor Kesaev and “Orton oil”. Only Moscow government didn’t sell it’s share. In October 2009 credit payment term expired. “Gazprom neft” paid the credit.

The stock, which Shalva Chigirinskiy and Ruslan Baysarov argued about, got to Oil Company as a pledge against loan. In the end of June “ Sibir Energy” reported about several transactions with it’s shares. It was stated in the messages that the company owned 34.1% of Sibir Energy, 14.67% belonged to “Gazprom neft” daughter company – “Gazpromneft – Gasoline station” Ltd. 25.66% “Gazpromneftfinance” had as a pledge. That holding of “Sibir Energy” stock belonged that time to “Bennfield”, as it was stated in another “Sibir Energy” message. In the middle of July London court prohibited transactions with those shares. However, since summer the company was controlled by “Gazprom neft”, which stated to be the owner of 55% of “Sibir Energy” stock.
Source: Newspaper «Kommersant» № 20 (4320) from 05.02.2010

Therefore journalists drew attention to Baysarov after the information that Moscow Chief Administration of internal affairs, Main investigations directorate officers together with Ministry of Internal affairs, Department of economic security searched Moscow office of oil and gas company “Sibir Energy” plc in July 2009. The measures were taken within the frames of investigation of criminal case on tax evasion by incorporated with that structure OAO “Moscow Oil Company” and it’s legal successor – OAO “Moscow Oil and Gas Company”. The investigators suspected that the tax debt was more than 600 million rubles. The incriminated violations were done during the period, when they were under control of entrepreneur Shalva Chigirinskiy and, obviously, they were initiated by Baysarov himself.
Source: Newspaper «Kommersant» № 122 (4177) from 09.07.2009

Approximately at the same time, because of the new turn in the conflict between Chigirinskiy and Baysarov, interesting information appeared in printed media about common interests of Baysarov and Moscow mayor’s wife Elena Baturina.

In that regard the journalists drew attention to advocate Christopher Greeson’s testimony, defending interests of Shalva Chigirinskiy. He stated that Ruslan Baysarov acted in that conflict in the interests of Elena Baturina but not in his own interests.

According to Christopher Greeson, “Rossini” was controlled by Elena Baturina but not by Ruslan Baysarov. In January 2009 Elena Baturina, supposedly, passed the rights for “Rossini” to Baysarov’s company “Bronson Partners”, as Chigirinskiy’s representatives assured.

Elena Baturina told Christopher Greeson’s information to be “false, opposite the reality”.

Meanwhile, other mass media hinted at Baysarov’s nominal role in that business and Baturina’s actual. For example, it was written that Baturina got control over part of Chigirinskiy’s business in exchange for settlement the “bureaucratic matters”. Their partnership started in 1999, formal agreement of joint “Sibir” ownership made in 2003.
Source: Newspaper «Kommersant» № 125 (4180) from 14.07.2009, «Vedomosti» from 13.07.2009

According to journalists, Kadirov, probably, intended to delegate businessman Ruslan Baysarov to Federation Council, but “he could change his mind” because of Upper Chamber speaker’s, Sergey Mironov, disagreement.
Source: Newspaper «Kommersant» № 187 (4242) from 08.10.2009, «Gazeta.Ru» from 22.10.2009

Approximately at the same time newspapers wrote that the singer and actress Christina Orbakaite and Ruslan Baysarov came to an agreement in Chechen Republic Supreme court, which finalized the much-talked-of process. It was reported that Chechnya President Ramzan Kadirov took an active part in settlement of the conflict. For example, he persuaded Baysarov to find compromise with Orbakaite.
Source: Magazine «Money» № 42 (747) from 26.10.2009

In February 2010 it became known that London supreme court, where Shalva Chigirinskiy since summer 2009 put Ruslan Baysarov’s right for 23,35% of “ Sibir Energy” shares in issue, stayed an action. Parties got down to peaceful settlement. At the same time, as journalists reported, their relations with the third oil company’s shareholder, “Gazprom neft”, could be settled, that could let “Gazprom neft” consolidate control over “Sibir Energy”.