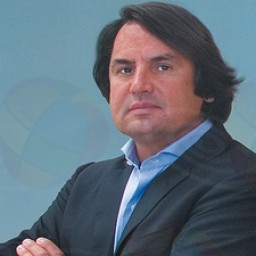 Born March 17, 1962 in the Tatar city Menzelinsk. He earned the first money by singing, organizing the school vocal-instrumental ensemble. At the age of 17 he went to Moscow and entered the Moscow Institute of Transport Engineers (“MIIT”). He graduated from the Institute in 1987. At the end of 80’s, while being a student he began working in the tourist agency "Business Travel" which organized business tours for foreigners.

Since 1990 Tariko became a Consultant in Italian companies Fererro and Martini & Rossi. He received exclusive rights to distribute Martini. For the period of three years Tariko created a national distribution network and concluded an exclusive contract with United Distillers in the distribution of whiskey Johnnie Walker. When the company merged with International Distillers & Vintners in 1998 and formed the company Diageo, Tariko became a distributor of Smirnoff, Bailey's and Metaxa.

In 1992 the company ROUST Inc. was founded which was Russia's largest importer of expensive alcoholic beverages by 1994.

In September 1998, immediately after the August default Tariko launched production of high-quality vodka “Russian Standard”. In the same year the company “Russian Standard” was founded. In 1999, he bought Agrooptbank, then renamed it to "Russian Standard", and engaged in consumer lending.

In 2000 he finished the French Business School INSEAD Executive School.

In 2002, Bacardi-Martini (Tariko began his business with it) terminated the contract with "Rust" and the company lost 50% of turnover. Then Tariko signed an agreement with Gruppo Campari on distribution of Cinzano, and in 2005 signed a distribution agreement with Remy Cointreau.

In March 2005, Diageo terminated the contract with Tariko. Thus, the alcohol business of Tariko lost 70% of turnover.

At the moment Rustam Tariko serves as Chairman of the Board of Directors of ZAO “Russian Standard Bank.

According to the magazine "Finance", at the beginning of 2009 the fortune of Rustam Tariko was 1.1 billion dollars.

Rustam Tariko is a laureate of "Business Style" (the prize is awarded to an entrepreneur who has designed and successfully practiced his own effective style of doing business).

In 2009 the state of Rustam Tariko was 1100 million dollars, according to the magazine Forbes. Tariko is on the 28th place in the ranking of the richest people of Russia.
Source: bestpeopleofrussia.ru

Press wrote about the scandal connected with the failed sale of a 50% share in the holding of Russian Standard, which controls 90% of the eponymous bank. In July 2004 it was announced that the buyer in that transaction was French bank BNP Paribas. But in December 2004 it became known of the deal failure. BNP Paribas said the deal did not take place due to the fact that the "owner" of the company “Russian Standard " had not fulfilled his obligations." Experts speculated that the reason for the failure of the transaction was the desire of Tariko to sell half of the holding at a higher price. The French company filed a lawsuit against the holding company “Russian Standard "in the High Court in London to oblige the former partner to pay compensation to the bank. In September 2005 it was announced that the parties decided to end the litigation. Terms of the five-year agreement concluded then were not disclosed. According to some reports, in case of sale of more than 10% of its shares to another investor the businessman was to pay up to the French bank a fine equal to the amount of the transaction; while Tariko’s resignation from the post of manager in the bank would cost him $ 25 million.
Sources: "Russian Courier" dated 09.10.2006, "Kommersant» № 176 (3260) on 20.09.2005

Rustam Tariko figured in a scandal related to an issue of consumer loans by "Russian standard bank". In 2007, the Federal Service was swamped with complaints of borrowers who reported that the bank had violated their rights when granting loans. In particular, it was pointed out that the bank mailed credit card which could be activated on the phone and call-center operators did not give full information about this service and the implications of its conclusion, and realistic fee for using the credit was several times higher the one they said.

The head of “Rospotrebnadzor”( Federal Service for Supervision of Natural Resource Usage) Gennady Onishchenko became very impressed with the troubles of citizens and promised to publish their letters. In June 2007, Prosecutor General ordered the Central Bank, the Federal Antimonopoly Service and the Federal Service for Financial Monitoring to verify the "Russian Standard", as a result, it was confirmed that the bank had violated the Law on Protection of Consumer Rights – it had not provided the borrowers with complete and accurate information, had not disseminate information to consumers on the impact of contract, and real wages for the use of credit had been in several times higher than declared.

The scandal came down to nothing after Rustam Tariko had been invited to the prosecutor's office for a talk. After that meeting, on July16, 2007 Prosecutor General announced that it required of "Russian Standard Bank” to cancel monthly commission (service charge accounts, a fee for settlement services) for all the loans provided by the bank, to restructure debts of the customers waiving payments for permit fees and penalties, and to stop assignation of rights of citizens to OOO “ Collection Agency” starting from August 15, 2007
Source: newsru.com on 27.06.2007, 17.08. 2007, 23.08. 2007, "Russian Courier", 09.10.2006

As reported, then the bank management estimated the losses of “Russian Standard” at $50 to 200 million (per year and for several years, respectively).
Source: slon.ru on 18.05.09

Rustam Tariko was mentioned in the press in connection with the issuance of American Express cards in Russia. As reported, "Russian Standard" concluded the corresponding exclusive agreement with the company American Express in 2005. Experts treated such an enterprise skeptically, noting that the green card AmEx were focused on customers with incomes much higher unlike the typical customers of "Russian Standard". Besides, as it was written in the press , in the summer of 2007 relations between the “Russian Standard "and a leading operator of the Russian market of plastic cards USC became frustrated. As a result, it was problematic for a long time to pay with AmEx cards in Russia.

According to the press, when the bank "Russian Standard" began issuing cards AmEx, holders of those cards started using other systems. The Bank of Rustam Tariko failed to attract customers out of an elite audience. Then the green cards were handed out in shopping centers almost to everyone. But the general population did not become interested in the product too much, "designed" for shopping in expensive shops and trips. Then the "elite plastic" like the known Master Cards, were sent out by mail. It was reported that the classical methods of serving usual cards by “Russian Standard” had been applied to AmEx cards such as: charges for annual maintenance of virtually non-serviceable card, providing customers with incomplete information on the status of accounts, etc.

Two resignations caused such a turn of events. First, Jonathan Knaus - the head of the Russian units AmEx resigned his post; as the press reported, he was the one who had recommended the head office of the American company to look closely at the proposal of cooperation by the “Russian Standard”. And then Rafael Karrakosy - the head of "Russian Standard" in charge of AmEx resigned his post also. The press reported referring to rumors that he had often expressed his confusion with the methods used by the bank in order to promote AmEx in Russia, however, he had failed to affect the situation seriously.

There is no evidence in the press that the American company had withdrawn exclusive rights to issue AmEx cards in Russia.
Source: "Nasha Versia" of 13.10.2008

According to press reports, Rustam Tariko took part in the infamous party on the cruiser "Aurora", held during the St. Petersburg forum in July 2009. The businessman was invited to the celebration of the anniversary of the magazine "Russian pioneer" published for the money of Mikhail Prokhorov. They reported that among the 150 guests there had been noticed not only Rustam Tariko, but the president's envoy Ilya Klebanov, the head of "Alfa Capital" Mikhail Khabarov, beer magnate Oleg Tinkoff, chief editor of the Russian version of Forbes magazine Maxim Kashulinsky.
Source: newsru.com from 18.11. 2009

The latest scandal involving Rustam Tariko occurred on February 25, 2010 in the capital airport Sheremetyevo-1. The businessman was on his way back from London accompanied by his common-law wife Elena Gavrilova. Customs officers asked the woman to show the contents of her handbag and found four boxes of jewelry decorated with diamonds. As reported, the jewels had not been declared. Elena Gavrilova said that the ornaments were the property of her: she had taken them from Moscow and had simply forgotten to declare them in the customs. According to the media, Tariko and his companion were let go home, and the jewelry was sent to the two-month examination.
Source: "Kommersant" from 26.02.2010