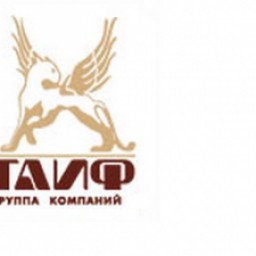 After graduating from Kazansky Construction Engineering Institute in 1976 he entered a master-builder major in the SMU-4 by Trust "Kazanhimstroy”. Since 1983, he worked in Kazan as a design engineer at the repairing and assembly plant of thebaking industry directory. A year later he became deputy director for construction of the Kazansky bakery № 2. Since 1985 he worked as deputy head of Tsentrogaz.

In 2002, he was awarded the honorary title "Honored Builder of the Republic of Tatarstan" for achievements in the field of capital construction.

TAIF Group, where Sulteev is a Chairman of the Board of Directors - one of the largest private companies in Russia, which includes two chemical plants, oil refinery, a network of service stations, commercial real estate and several television channels. Member of its board of directors is the son of the president of Tatarstan, Radik Shaimiev. In 1995, the Tatarstan government established an investment company "Tatar-American Investments and Finances” (TAIF) and ordered it to privatize large enterprises. Part of the capital in the company was made by a U.S. NKS Trading, but who was behind it - is unknown; presumably, the Soviet immigrants. According to another version, it was Radik Shaimiev. Controlling stake went to the government of Tatarstan.

By 1998, TAIF created its own mobile corporate network AMPS - local mobile operator, and then the republican network. Subsequently TAIF Telecom was sold to MTS.

Subsidiaries were engaged in another business: transactions on stock exchanges, export of products, commercial loans for the village, etc.

TAIF always operated under the protection of the family of President Mintimer Shaimiev. In 1996 a group of companies began to build the biggest entertainment center near the Kazan Kremlin. To get funds for it, the company was allowed to export oil from the Republic and sell it for bills, not cash. TAIF exempted from taxes in the regional budget. By the time construction of the center in 2002, TAIF completely had passed into the hands of private owners. That was associated with the arrival of President Vladimir Putin and his policy. Mintimer Shaimiev replaced the Ministry owning shares in the company to the companies controlled the families of Sulteev, Shaimiev and Shigabutdinovyh. Sulteev himself at that time had long worked together with Albert Shigabutdinovym in the foreign trade association "Kazan", created in 1990, on the basis of which Taif was subsequently founded. Then the privatization of TAIF occurred, after which it grew from the state company into a private one.

After that, the company acquired a property in the Nizhnekamsk oil refinery. It began when the factory exchanged with TAIF the equipment for the oil. The company was converting oil into gasoline to sell it to the plant itself. The money earned was to pay its reconstruction. But the plant owed to TAIF, and in 2005 the entire production complex of the plant became the property of the company under the decision by the Security Council of Tatarstan.

It is true that active investing subsequently turned out into large debts. For example, problems arouse in Kazanorgsintez. The process of debt restructuring began, but Sberbank and VTB required turning debt into share of the enterprise capital. They said that the bank acted in the interests of Gazprom.

In 2006, TAIF opened its respective owners. Sulteev’s family, as it turned out, owned 20% of the company.

Sport hobbies did not prevent the son of President of Tatarstan, Radhik Shaimiev, from gaining reputation of a serious businessman by the time of the TAIF creation in Kazan. He worked as the CEO of NIRA-export. "Many in the republic believe that "ra" in the name of the company means "Radik", and "ni" - "Nikola", the son of an Austrian businessman Stanislaw Koprivitsy, a friend of Mintimer Shaimiev. Since 1992, the "NIRA" exported from the Republic of Tatarstan oil and oil products - up to 2 million tons per year, at the prices of those years this volume can be estimated at approximately $ 300-400 million

Only in 2006 in the investment memorandum in TAIF brothers Airat and Radik Shaimiev were called not only managers but also owners of LLC “NIRA-Export". By then This Company owned about 19% of TAIF, and another 5% in TAIF Radik Shaimiev owned directly. Now, according to audited financial statements of TAIF, Radik Shaimiev controls 11.5% stake in the group.

"The Mystery of Birth” of TAIF has not been disclosed in official documents. Who was behind the U.S. NKS Trading, a partner of the government of Tatarstan in creating TAIF? Shigabutdinov insists: those were entrepreneurs from the U.S., whose shares were later purchased by the current shareholders of Taif. "I have often heard the version that NKS Trading was established by Radik Mintimerovich and it "invested" in Taif the oil money, over inflated through "NIRA-export ", Murtazin objected. Radik Shaimiev refused to answer questions of Forbes. We only know that from the date of the official registration of TAIF in 1996 to present time Radik Shaimiev is listed in it as main advisor to the CEO, and in the late 1990's he headed the board of directors.

In April 2003, Sulteev was elected to the Board of Directors in JCS “Nizhnekamskneftekhim”, Russia's largest producer of synthetic rubber.

In April 2006, at the annual general meeting the shareholders of Nizhnekamskneftekhim (NKNK) newly elected the board of directors, and a majority of seats in it took the members of the group TAIF, including Sulteev. Despite the fact that the company formally owned only a blocking stake in NKNK, it actually came under its control after the receipt of shares in trust owned by the state holding Svyazinvestneftekhim (SINKh). TAIF gained the right to determine economic strategy of NKNK. Previously, the company SINKh gave LLC TAIF-Invest, a subsidiary of TAIF, the shares of NKNK. Given the already existing shares, it consolidated the majority of the voting securities.

For 2004, the company Kazanorgsintez was the largest at that time, profits in the history of their work were about 2 billion rubles. At the annual meeting in 2005 the new Board of Directors of the company was elected, and Sulteev was among them.

In summer 2007, the Board of Directors by Kazanorgsintez approved the membership of the Audit Committee and the Committee on Human Resources and Compensation Committee. The latter included Sulteev.

In 2009, the shareholders of Kazanorgsintez decided not to pay dividends for the year 2008 due to lack of profit, which was connected to the global economic crisis. As a result, shareholders received only 0.07% of the dividends. The company also re-elected board of directors; Sulteev represented TAIF in there.

In 2010 Sulteev was newly re-elected Chairman of the Board of Directors of Taif. Also, a new member of the council, Igor Vdovin, appeared – he is a head of the NP "National Agency for Direct Investment” (NADI).