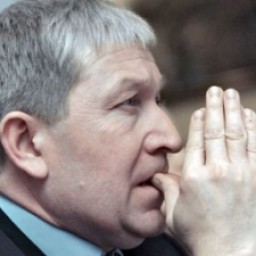 Said-Salaam Gutseriev was born on 25 July  1959  in Tselinograd city of Kazakh SSR. In 1982 he graduated from Grozny Academian M. D. Millionshchikov State Oil Institute, having specialized in  machinery and chemical equipment.

In 1999 he graduated from the Finance Academy under the Russian Government.

In 1977  he worked for design and engineering bureau under Chechen-Ingush Transit Authority. In 1978 he was an operative, in 1983  he headed a workshop of Grozny petroleum storage depot. In 1987 he was an  engineer at the shipping department of   RSFSR State Oil Trading Agency in Grozny. In 1988 he headed   resources and quality department of the agency.

In 2003-2006 was a member of the board of directors of RussNeft public company.

On 19 December 1999 Gutseriev was elected to the State Duma of the third convocation from Zhirinovsky Bloc, but later he joined Unity pro-governmental group.

On 7 December  2003 he was elected to the State Duma of the fourth convocation as a member of  United Russia governing party . He was a member of State Duma Committee on Women, Family and Children.

In 2000-2007 he was a member of the central  verification committee of United Russia.

In 2004-2008 he was a member of the Political Council of United Russia in Moscow.

Medal  In Memory of the 850th Anniversary of Moscow

Medal of the Ministry of Finance

Medal of the Ministry of Defense

In 2000 Gutseriev got JD degree.   His thesis was devoted to improvement of the supply chain for public use.

In 2003 he received doctor's degree in economics.  His doctoral thesis was titled  "Improving the supply of industrial and agricultural production in the national economy."

Gutseriev is married and has five children.

On 20 January   2002 Said-Salaam Gutseriyev said that he had withdrawn his candidacy from the election race. Gutseriyev asked people to vote for his brother Khamzat.   Gutseriyev said that "Lieutenant-General Ruslan Aushev governed the republic, so  his successor  must also  be a lieutenant-general, that is, Khamzat Gutseriev."

In 2007, after Vladimir Putin had announced his candidacy for Duma elections as a member of  United Russia, many businessmen were ruled out from the election list of the governing party, for instance, owner of  Nafta-Moskva Suleiman Kerimov and   former manager of  RussNeft  Said-Salaam Gutseriev.

At the end of 2010 former chairman of the board of directors of BTA Bank Mukhtar Ablyazov sold his flagship real estate assets, Severnoye Domodedovo production and logistic complex, that had an area of ​​558,000 square meters. He sold Domodedovo  to a company of BIN group, associated with the Said-Salaam Gutseriyev. According to market experts, it was Chaika company operated by BIN group. Chaika consolidated a major portfolio  of commercial real estate in Moscow. Suleiman Kerimov was said to be Gutseriev's  partner.

According to Finance magazine,  in 2011 Said-Salaam Gutseriev managed real estate assets of Gutseriev family. His personal wealth  was estimated at 1.15 billion dollars.

On 25 March  2011 Said-Salam Gutseriyev became a direct owner of 15.4830% of  Petrovsky Passazh, one of the oldest trade companies in Moscow.