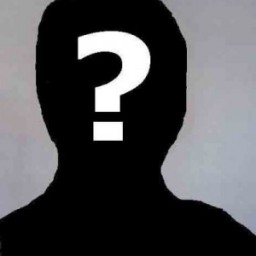 Group of companies "United Fuel Corporation" (GK "UFC") operates in the field of oil and gas production and reprocessing industry.

The activity of each company is on the basis of the state licenses, certificates and approvals, in full compliance with applicable rules and regulations, observing the accepted world standards of quality and standards of business ethics.

High standards of work of their enterprises GK "OTC" confirms by constantly improving of its operations to meet the requirements of ISO standards.

Branches of companies, belonging to the Group, are opened in many Russian cities: Samara, Saratov, Noviy Urengoy, Izhevsk, Tomsk, Belgorod, Syzran, and Nizhnevartovsk. GC "UFC" is a socially oriented company. She kept all the positive experiences, traditions and corporate culture, accumulated over many years of joint cooperation between the companies of the Group.

At the end of May in the regional center has passed the fifth anniversary Investment Fair "Orel-2001", designed to show the results of the investment policy, held in the last 4 years. About 100 enterprises of Orlovschina have showcased their products, produced on the basis of the latest technologies. Reasonable investment policies are directed on business support, creation conditions for its successful development, has already yielded concrete results. As part of the anniversary fair in the northern outskirts of Orel with E.S. Stroyev, chairman of the Central Black-Earth Bank of Sberbank of Russia, A.K. Soloviev, General Director of the company-investor LLC "Himpromstandart", S.I. Tetruashvili, ceremony of laying the first stone in the construction of plant of biotechnical production of antibiotics took place. The company will specialize in the production of high-performance products for agricultural complex - plant growing and animal husbandry industries. Factory price is more than 3 million US dollars; the construction time is 10 months. "Orelagropromstroy" acts as a general contractor. Start of the new enterprise will create 100 new jobs; revenue from sales will be about 6 million dollars in the first year. Speaking at the ceremony, E.S. Stroyev stressed that after the collapse of the Soviet Union there are practically no industries on the territory of Russia, specializing in the production of these products. The country has to import antibiotics for the agricultural industry for an entire decade.

Business project, implemented in Orel, is aimed not only at fast payback and increase tax revenues; it is vital for the whole of Russia's AIC. Among the agreements, signed during the fair there is the contract on gasification of Orel region in 2001. Its investors are defined "Mezhregiongas" LLC and LLC "Orelregiongaz". The total volume of investments is 500 million rubles. They will be built 1,200 km of gas pipelines and more than 15 million homes will be gas supplied.

Within the framework of a criminal investigation against the former deputy chairman of the Government - Minister of Agriculture of Penza region Marat Faizov, is revealed a new episode. The Investigative Committee of the Russian Federation reported this today.

Recall that he was accused of taking bribes in a large scale. According to investigators, March 20 of this year Faizov, while in his car on the road section of "Nizhny Novgorod, Saratov," near the village Kolyshleyka of Penza region, received 200 thousand rubles from the director of the agricultural company.

As noted in the RIC, the defendant has promised "total protection and illegal actions in favor of the commercial structure leadership in addressing issues, related to business activities, including the negotiation and execution of contracts on joint activities in the production of vegetables."

Within the framework of the criminal case the fact of receipt in 2011 of another bribe of 400 thousand rubles from the director of the same company is proved.

"At present sufficient evidence are collected, in connection with which a criminal case has been sent for approval of the indictment and subsequent transfer to the court", - said in a statement, posted on the official website of the Investigative Committee.

In 2004-2005 Faizov served as Minister of Agriculture of the Saratov region, and deputy chairman of the government....

Faizov is a competitor to Bochkarev like Semen Tetruashvili (if anyone remembers Marat brought him to the area) the investor.

Group "Christa" is selling assets in the oil business. This writes the "Samara Review". In the village New Racheyka the group Vladimir Simonov had a refinery "Foras"; according to the source, it has already been implemented. Now, "Christa" is looking for a buyer for its oil depot in Bezenchuk.

"Christa" is planning to repay part of the loans with the money from the sale.

"Foras" LLC was opened 14 years ago for the processing of oil and gas condensate with an output up to 200 thousand tons per year. Holding "Christa" gained control over the company in 2011, acquiring it from a former top manager of the "SOK" Group Dmitry Bogdanov.

As the partner of the company "1C" "Reshenie" LLC reports - Dmitry Bogdanov, being then a deputy of the Provincial Duma, was restructuring a land plot under the refinery. So, to this land of 250 thousand (!) square meters in Syzran district administration was estimated only in one million rubles. A source in the local administration said this "price" decision by the fact that at that time the market and the cadastral value were very different from each other, i.e., everything was done according to the law.

It is known little about the new owner of "Foras", and, according to open sources, he is mainly engaged in agribusiness. According to "SPARK-Interfax", he is the director and owner of the company "Fruits of Belogoriya". In open sources the name of Tetruashvili is associated with the business of Orel pharmaceutical company and with a number of sugar projects in the Orel region, which he owned through "TDMK Groupp".

October 20 the official website of the Interior Ministry announced the arrest of the chairman of the board of directors of "Tomskneftepererabotka" (TNP). One of the beneficiaries of TNP - Andrey Knaub - was detained. Former TNP management is charged under several articles of the Criminal Code. Earlier, the company, known to the beneficiary of the Moscow holding Afester Group David Tetro, through the court foreclosed on the pledged part of the share in the authorized capital of 60% in the consumer goods. Tetro's father Semen Tetruashvili summer of 2015 became the official owner of the company "Foras" in Syzran District. Foras may be included in the offshore work schemes of Afester Group. According to the official website of the Russian Ministry of Internal Affairs, a set of measures was held on a case against the chairman of the board of directors and other managers of consumer goods on the grounds of crimes, provided for by a number of articles of the Criminal Code. This is a fraud in large-scale, a fraud in the field of entrepreneurship and the evasion of responsibilities for repatriation of funds in foreign currency or the currency of the Russian Federation. Law enforcement officials estimate the damage to the state in about 18 million rubles, and the total damage on all counts - in 1.3 billion rubles.

Funds can be output through a Cypriot company, whose shareholder also supposedly was Andrew Knaub.