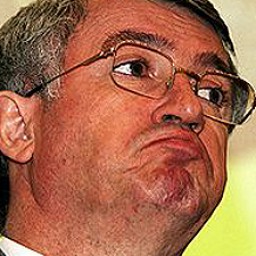 Weinstock Semyon Mikhailovich was born on October 5, 1947 in the village Klimautsy, Dandyushansky region of the Moldavian SSR.

In 1964 he was a worker at the Baltsky Furniture Combine of the Minlesdrevprom of the Ukrainian SSR; in 1965 - craftsman at the Drokhievskaya Factory of the Minmebeldrevprom of the Moldavian SSR. In 1966 - 69 served in the Army.

Since 1969 – he had been holding engineering positions at enterprises of Minlesdrevprom and Minmestprom in Chernovtsi. In 1974 — 82, he led the Chernovtsi regional authorities of Glavsnab and Ministry of Trade of the Ukrainian SSR.

Since 1982 - Deputy Head of Oil and Gas Production Diretorate. In 1986 - 88 - Deputy General Director for Personnel and Household Activities in PO “Bashneft» in Western Siberia.

Starting from September 13, 1999 - President of OAO «Transneft». On October 27, 1999 — the Vyborg court imposed a ban on replacement of D. Savelyev by S. Weinstock, according to its decision the powers of S. Weinstock were suspended until the new decision is taken on a lawsuit that had been filed by D. Saveliev.

November 24, 1999 -he entered into the Interagency Commission on the use of trunking pipelines and marine terminals to export oil and petroleum products.

He has state awards. Academician of the Academy of Mining Sciences (1994). He speaks English.

Married. Has one daughter.

Before Weinstock began to obtain large positions, he had been accumulating contacts — both for business and friendship - that served him in the future. Journalists found out the details about them later.

In 1983, Weinstock served as a senior engineer in the company "Povhneft" in Kogalym, then he met an electrician Alexander Gavrin who had been working there also. In 1988, venture Kogalymneftegaz was emerged in the city and after 7 years it was converted in LUKoil - Western Siberia; Weinstock took the post of Deputy Director General, and Gavrin — the post of Chairman of the trade union. In 1993, Weinstock became Director General of AO "Lukoil-Kogalymneftegaz» and Gavrin became the head of the Kogalym administration.

Weinstock established his own rules in the city and turned it into a special zone. The town was completely under the control of the security of LUKoil, which terrorized the entire city, led by Weinstock. Phones were bugged, entry and exit were blocked. If someone made the local authorities displeased, he had to leave the town for the day. Someone refused and even got his ear cut off.

After the occupation of the above mentioned posts, Weinstock and Gavrin began to build private pipelines, and earned a lot of money on them until the pipes got burst, making the inhabitants of Kogalym get heated with oil in winter.

In December 1997, Weinstock created OAO «Interfest-M», Gavrin became one of its founders.

Subsequently, Garvin was appointed Minister of Energy under the protection of Weinstock.

In Kogalym Weinstock was linked to Magomedov brothers - Magomed and Ziyavutdin. They controlled Dagestan gangs, that had been keeping order in the city under the leadership of Weinstock. Subsequently, that acquaintance allowed the brothers to get the frequency of fiber-optic connection in all federal districts for their company Summa Telecom without any competition(, probably Weinstock provided them with support in the Kremlin).

Perhaps, Weinstock was indirectly connected to the death of vice-president of Lukoil Vitaly Schmidt (probably he was not the organizer of the murder, but took advantage of its beneficial effects). He allegedly died of heart failure at his home in Moscow in August 1997. Shortly before his death he had completed a plan of LUKoil offshore restructuring to make its business more transparent. According to Schmidt, all foreign firms had to be subordinated to the other two - "Overseas Holding" and "International GmbH», under the leadership of Schmidt.

After the death of Schmidt, the head of LUKoil Alekperov brought out his office all documents and keys.

Mrs. Brinkman, translator of Schmidt, used the fact that formally Schmidt was holding his post at the time, and created on behalf of the latter a firm VHS Foundation in Liechtenstein, and transferred back there a large sum, and then again transferred it to Cyprus. There was another name among the participants – Semyon Vaynshek, citizen of Greece; Weinstock masqueraded under that name. There was a large sum on his account after the operation.

A big scandal burst in the media in connection with the name of Semyon Weinstock due to his appointment as President of the company "Transneft" after Dmitry Saveliev's dismissal. Head of Fuel and Energy Ministry Dmitry Kaljuzhnyj did not pull together with Saveliev, because he did not want to solve the government's problems at the expense of the company. Meanwhile, Weinstock felt quite comfortable with that issue.

Savelyev was not allowed to enter "Transneft", armed men in masks stormed the office. In the interview Saveliev said he was threatened Roman Abramovich in a telephone talk, the latter claimed to vacate the premises amicably.

There was a scandal linked to the construction of the Eastern Siberia pipeline - Pacific Ocean (ESPO). In December 2004, Prime Minister Mikhail Fradkov ordered the construction of the pipeline Taishet - Perevoznaya Bay (part of ESPO). But environmentalists argued sharply against the destination, as a natural reserve "Cedar Pad" is located in the immediate vicinity to it, as well as the state reserve "Barsovy", and the Far Eastern Marine Reserve. Representatives of Transneft failed to persuade MPs of Primorye in the economic benefit of the location of the endpoint of the pipeline is in Perevoznaya. The Lake Baikal was also in danger.

President Vladimir Putin ordered to move the pipe from the lake. Therefore, the endpoint moved to Kozmino.

Due to the rerouting of the pipes the cost doubled. Then the builders were behind schedule. Those were mostly low-skilled Chinese workers.

The media got information that a subsidiary of Transneft - "Stroyneft" received the sole right to tender and to perform all activities of the company. The privileges were lobbied by Igor Vozyakov, Deputy Assistant to Weinstock, who led this company. The media reported that Vozyakov was a puppet of Yukos and Sibneft, that is, Khodorkovsky and Abramovich, and worked in their favor. That was one of the numerous violations of Weinstock in «Transneft».

Being under Weinstock, "Transneft" had repeatedly found oil in its pipes that was accumulated due to exceeding norms of natural attrition over the actual figures. That is, when oil was pumped the loses were less than normal. It looked like the standard losses figures had been artificially lowered.

All the money "stuck" to the pipe were spent on charity. Among the recipients a fund assisting employees and veterans of the Federal Security Service the Kremlin-9 was listed, it had more than a billion rubles transferred. This organization is the interregional public fund of assistance to the federal organs of state security.

In 2007, Weinstock left "Transneft". Soon after Vladimir Putin personally invited him to lead the Olympic constructing corporation Olimpstroy to build infrastructure in Sochi for the Olympics in 2014. According to unofficial information, Weinstock resignation from the post was linked to his strained relations with the head of the board of Rosneft, Igor Sechin - Weinstock did not want to include in the team his representatives and to provide information on export contracts of the Russian oil companies.

After Weinstock left, Transneft was checked by the Audit Chamber, whose task it was to clarify the validity of the cost of the pipeline from Eastern Siberia - Pacific Ocean (ESPO). For the first time deputy Dmitry Saveliev asked to check "Transneft", as a result of the company audit, it was incorporated in the list of inspections scheduled by the Accounting Chamber. Apparently, Saveliev really wanted to settle accounts for 1999.

As soon as the Chamber completed verification of Transneft, no special claim was instituted against Weinstock.

Nevertheless, many violations of Weinstock became surfaced. For example, a Cyprus company ZAO «Krasnodarstroytransgaz» - Chief Executive of works in the ESPO - was fictitious, but received a great deal of money. Media linked it with Weinstock. They also revealed failures to open penalties to the contractors, over-invoicing of equipment purchased, and overestimated costs of works, etc.

After Weinstock joined the Olympics, Deputy Chairman of the Committee on Constitutional Legislation and State Construction of the State Duma, Viktor Ilyukhin sent to Prime Minister Viktor Zubkov a letter in which Weinstock was suspected of corruption as the head of "Olimpstroy». He mentioned that Weinstock had spoken about the need to increase the budget of the projects in Sochi. He also referred to speculations with land, however, without ay specification. After that letter VTB refused to participate in tenders for the placement of funds of "Olimpstroy», explaining it with the lack of transparency in tenders. Thus, Weinstock was expressed a strong distrust.

Weinstock left the post in "Olimpstroy" eight months after the appointment. Officially his dismissal was announced as a planned and voluntary act. He was replaced by former Mayor of Sochi - Viktor Kolodyazhny.

There could have been just a few reasons for Weinstock's retiral. First, the confrontation with his successor at the post of the head of «Transneft" - Nikolay Tokarev. He met with Putin and criticized Weinstock's team work on construction of ESPO. And the audit started by the Chamber could appear to be compromising for Weinstock.

Secondly, Weinstock clashed with the administration of Krasnodar region on most issues of construction in Sochi.

Thirdly, the head of Ministry of Regional Development, Dmitry Kozak did not want to lose control over budgetary resources in favor of Weinstock, whose status allowed him to control the Olympic part of the federal target program.

In addition, Weinstock told about the impossibility to meet the deadlines in the construction of infrastructure in Sochi, as well as about possible need to increase the budget that would never please the governmento - Putin urged to save money in preparation for the Olympics.

In 2010, Weinstock, together with the current vice-president of Transneft, Yury Lisin came under the risk of a defendant in the criminal case involving a charitable company. OBEP (“Economic Crime Department”) found out that for the period of 2005-2008 15 billion rubles had been transferred . They are also suspected of stealing 3 billion in the construction of ESPO. This was revealed in late 2008, but never made it public. Later this data was voiced by Chairman of the Audit Chamber, Sergei Stepashin personally.