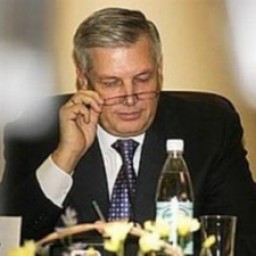 Sergey Dankvert was born on 22 August 1955 in Enotaevsk city, the Astrakhan region.
In 1977 he graduated from Goryachkin Farming University in Moscow as a mechanical engineer in agricultural production. In 1986 he graduated from the  All-Union Academy of Foreign Trade on the as an international economist with foreign language skills.

In 1977-1981 he was the chief engineer and deputy production director of Naro-Osanovsky pedigree farm.

In 1977-1979 he worked as a senior engineer at  Narsky complex  in Naro-Osanovsky farm.

In 1979-1980  he worked as acting chief engineer and deputy production director of Naro Osanovsky farm.

In 1981-1986 he was the  chief engineer of  Prigorodnoye farming association and Dzerzhinsky collective farm.

In 1986-1989  he was deputy director-general responsible for the mechanization and transport of  Moskva agro-industrial complex.

In 1989-1993 he was deputy director-general responsible for mechanization and head of power engineering  and automation department  of Moskva Agro-Industrial Complex company.

Since March 2004 he has been the head of the Federal Service for Veterinary and Phytosanitary Surveillance(Rosselkhoznadzor).
Dankvert used to be the chairman of the board of directors of Niva agricultural firm and a board member of   Rosagropromsoyuz, the Union of Russian Agro-industrialists and Entrepreneurs.
Awards

Medal  For Labor
Medal  In Commemoration of the 850th Anniversary of Moscow
The title of  Merited Worker of Agriculture.

Dossier:
In 2002  Dankvert as chairman of the Subsidy Committee was reported to  receive 10% kickbacks from subsidies, apart from  bribes like cars, expensive alcohol etc.

Besides, he supervised    veterinary service, that is,  500 million roubles of state funds and got  another 10% from there, as well as imports of meat where he exacted 5 dollars per  tonne. Supervision of the Department of Animal Husbandry and Pedigree was also extremely profitable for Agroplemsoyuz company directed by Dankvert's father.

In 2002 First Deputy Minister of Agriculture Sergey Dankvert  specified agricultural lobby required for  Russian livestock sector. Ministry of Agriculture maked it clear to entrepreneurs that they should  lobby for their interests by their own and use their own money, but act in accordance with the guideline of the Ministry.

In 2005 money from federal funds was allocated  for  Agroplemsoyuz company.   50 million rubles were given to the company ''as a compensation for being an agent that collected debts from  farms which signed lease agreements to purchase breeding stock at the expense of the federal budget.''

What do we know about this company?  Agroplemsoyuz public corporation includes  55 breeding farms in 20 regions of Russia  where pigs and cows are reared for resale to Russian breeding companies. Director-general of  Agroplemsoyuz Aleksei Dankvert is the father of the head of Rosselkhoznadzor. At the beginning of  2006 among shareholders of Agroplemsoyuz was  Agribusiness LLC  owned by Inna Dankvert, the wife of Sergey Dankvert, and Tatyana Gordeeva, the wife of  Minister of Agriculture Aleksei Gordeev.

In 2007  the Ministry of Agriculture planned to subsidize keeping livestock of individual breeding farm and allocate to the farms about 3000 rubles per head. Agroplemsoyuz was in the list of enterprises  to be supported.

Here is an extract from the report of director of  Moscow office of  Ekros company Ziborov
on  harmonization of money amounts got by tender winners and the kickbacks.
"... On 24 April 2008, the next day  after receiving information from Maxim, a trustee of Sergey Dankvert and deputy director of  Rosselkhoznadzor, deputy director  of the Federal Centre for assessing the quality of grain  Pyotr Puzyrkov called me and arranged a meeting. We met at 6.30 p.m. and had talked for 40 minutes. At the meeting  I was asked to draw the following sums in specifically designated regions:

By december 2008 Most of these sums and kickbacks had been drawn by  Aquilon,    SokTrade  and  Ekros companies. Some regions, however, by the instruction of Rosselkhoznadzor, were given to KhimMed company, Moscow,  so the Federal Centre was not the only profiteer.
Director of the Centre for assessing the quality of grain  Hatuntsov and deputy director Puzyrkov   transferred the money they received as kickbacks to short-lived companies ...

The scheme is as follows: a student or a person of no fixed abode is registered as an owner of the company, then  winner of a tender or an auction  transfers the kickback money to the company as if paying for expensive equipment or  services.

Documents are prepared by winner himself to make it easier to write off the money and evade taxes, while Soldatov only affixes a stamp. Then Soldatov transfers the money to check cashing companies  as if buying the equipment or  services and brings the cash to Pyotr Puzyrkov. Puzyrkov divides the money into shares and gives it to ministerial  officer Vlasov. Part of the money, by order of Sergey Dankvert, later goes back to the Federal Centre and other organizations of   Rosselkhoznadzor for '' financial incentives of good workers''.

In 2011  the media published a rating of  the most corrupt agencies of Russia. Rosselkhoznadzor was ranked fourth. In the largest bribe competition he was left behind   the Federal Antimonoply Service, the Interior Ministry and the Federal Migration Service.