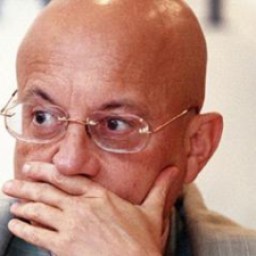 Sergei Karaganov was born on 12 September 1952 in Moscow.

Karaganov studied at Lomonosov Moscow State University. He earned a degree in Economics in 1974.

Since 1988, Karaganov has worked for the Institute of Europe of the Russian Academy of Sciences.

Since 1994 chairman of the CFDP Presidium

1993-1999 member of the Presidential Council of the Russian Federation

Since 1993 member of advisory board of the RF Security Council

In 2002, Karganov founded a magazine called Russia in Global Affairs and became the chairman of the editorial board.

Source: Institute of Europe of the RAS

Karaganov took his first step to success in 1992, when he established an organization under the high-sounding title, the Council on Foreign and Defense Policy (CFDP). To outsiders, the CFDP may seem to be a powerful organization, close to the president, with the aim of shaping foreign and defense policy of Russia. In fact, members of the CFDP gather from time to time at Forest Expense guest house, some 30 miles from Moscow, drinking brotherhood with each other and searching out abstruse matters.

In 1995, Karaganov joined world-famous Andersen Consulting (now Accenture) and was given a high salary. However, Andersen was dissatisfied with the new employee and fired Karaganov after just 3 months there. He took offence and swore he would do everything to discredit Anderson, but after finding a new job, he calmed down.

In 1998, Karaganov, as a member of the Presidential Council, received $50,000 from the Roscomdragmet, state committee for precious gems and metals, for outlining “a new concept of Russian jewelry industry”. In fact, Karaganov was picked with a different purpose. At that time, Evgeny Bychkov, the head of the Roscomdragmed, was embroiled in a diamond scandal after he had stricken a $180 million deal with company Golden Ada, established by international fraudster Andrei Kozlenok. Professor Karaganov was expected to influence “his friends in Kremlin” - Viktor Ilyushin and Alexander Lifshits, so that they would stop the axe falling on the head of Evgeny Bychkov. However, the hopes for Karaganov’s help were not realized, and president Boris Yeltsin pulled the plug on both Bychkov and the Roscomdragmed. The prosecutors opened a criminal case against Bychkov. The Roscomdragmed was dissolved.

Karaganov lobbied for the interests of an Australian mining company called Star Mining. In 1999, Star Mining wanted to get Sukhoi Log - Russian largest gold deposit. The results of the company’s cooperation with Karaganov were detrimental. Star Mining did not get a license, and now faces serious problems after exclusion from the ASX.

On 6 and 7 November 1999, a Russian daily Nezavisimaya Gazeta together with Pavel Sheremet and Nikolai Svanidze from Russian state TV channels ORT and RTR said that Sergei Karaganov, former NTV channel director Igor Malashenko and former presidential spokesman Sergei Yastrzhembsky, all three supporters of former PM Evgeny Primakov and Moscow mayor Yuri Luzhkov’s Fatherland-All Russia bloc, were persuading Western leaders to push Boris Yeltsin to sack prime-minister Vladimir Putin. The journalists said that the functionaries of Fatherland-All Russia waged an Anti-Putin campaign, because they were afraid of growing popularity of the prime minister and the falling poll ratings of Primakov and Luzhkov. In the move “to dispel the rumours”, Karaganov and Yastrzhemsky met with journalist. As if they were Soviet dissidents, they panned “Kremlin strategists” and “venal journalist and their bosses”, “direct successors of informers of Stalin’s Russia, whose denunciations led to imprisonment and death of millions in the gulags and purges”.

Early in February 2000, former Yeltsin’s spokesman Sergei Yastrzhembsky and chairman of the Presidium of the CFDP Sergei Karaganov were hunting together in the Vinnitsa Region, Ukraine. They killed two wisents, reducing the population of the rare species by 3%, from 87 to 85.

In 2011, the Presidential Council for facilitating the development of civil society and human rights met with the president to discuss the de-stalinization program, prepared by the council. “We have to fix that totalitarianism is evil in its basis, because it believes the regime have the right to suppress people”, Mikhail Fedotov, the chairman of the council, said.

The meeting took place on 1 February 2011. Speaking before president Dmitry Medvedev, chairman of the Presidium of the CFDP Sergei Karaganov said that the term “de-stalinization” was inaccurate and imprecise. He noted that the aim of the program was “to change the consciousness of Russian society and elite”.

De-stalinization measures, proposed by the council, won the hearts of just 26% of Russian people. The rest firmly believe that de-stalinization program is verbiage and myth making.

Source: All-Russian Centre for the Study of Public Opinion, 27 April 2011