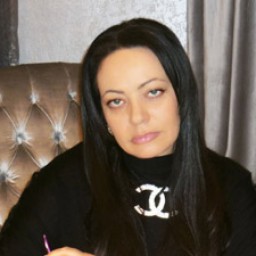 Stukalova began working in 1985 as a court clerk and assistant to Leninsky people’s court judge in Moscow.

In 1995 she graduated from the Law School at Moscow Law Academy named after O.E. Kutafin. In 2007 she defended her Ph.D. in Saratov Law Institute of the Ministry of the Interior. In 2006 and 2011 Stukalova attended Higher advanced training courses at the Russian Academy of Lawyers and Notaries. The course name was “Lawyer’s role in civil suits”.

Since 1995 she has been a lawyer at the Bar Moskovsky yuridichesky tsentr.

Since 2004 she has been the head of Optimum, a branch of Moskovsky yuridichesky tsentr that in 2010 was renamed into Regionservice.

At present, Tatiana Stukalova is deputy president at the Guld of Russian Lawyers. She is the author of a number of articles published in specialized Russian law journals and popular editions. She gives expert opinion on TV and radio, in newspapers, magazines and electronic mass media sources that cover high-profile divorces of people in show-business, politics and so on.

In 2006 Aman Tuleyev, Kemerovo region governor, ordered to set up a body at the rerional administration that would combat artificial bankruptcies, or raider takeovers. The new body was to spot such activities and protect Kuzbass companies from raiders. In 2006 the body initiated a procedure to probe into the activities of Regionservice, allegedly engaged in hostile takeovers.

Tatiana Stukalova defends Russian show-business in divorce cases. She ensured that the singer Zhasmin collected $5 million. For Yana Rudkovskaya Tatiana Stukalova managed to secure $5 million, 26 million rubles, a building in Sochi, some jewellery, and artwork from the collection of Napoleon.

Stukalova is also well known for the fact that in litigations concerning defamation of character lawsuit filed by State Duma deputy Andrey Lugovoy she signed a settlement agreement with Kommersant news agency which provided for a one million ruble donation to an orphan asylum.

After a controversial divorce, former husband of producer Yana Rudkovskaya prohibited his ex-wife to see their 7-year old sons Andrey and Nikolay. However, Tverskoy court in Moscow ruled in favour of Yana when she appealed and decided that the children would stay with her, and Viktor Baturin can visit.

When the court announced the decision, Rudkovskaya hugged her parents and burst out crying in happiness.

“The decision will be final in ten days”, said her lawyers, Tatiana Stukalova, “Viktor Baturin may try to appeal to the city court. But we hope we are out of the woods now. We won”.

Rap singer Timati took to defending parents of his perished friend Dj Dlee in litigation in Odintsovo court of Moscow against a man charged under article 264, part 3 (careless driving leading to death). The rap singer has committed to paying all judicial costs. Friends and family of the perished Dj wanted for the justice to be served and to ensure that the person guilty in his death is punished to the fullest extent of law.

“We will insist on the maximum sentence under current laws because we believe that the defendant is not repentant of what he had done”, says the lawyer of the Tagantsev family, Tatiana Stukalova.

Timati, Russian Rap singer, won litigations over the death of his friend,  Aleksey Tagantsev a.k.a. Dj Dlee. Timoti was the plaintiff during the hearings. “I can’t even tell you how important this day is for me. We have been waiting for the sentence for so long. But finally justice will be served. This is happening largely thanks to our lawyer, Tatiana Stukalova,” says Timati.

Irina Dragomirova, former wife of Vladimir Shaposhnikov, United Russia main board member, claimed that he had denied her information concerning where there 4-year old son was for 6 months.

Irina also claims that when her son was kidnapped, Shaposhnikov allegedly inflicted her bodily harm. He also allegedly threatened volunteers of the human rights organization that was conduction search operations.

The court ruled that the children stay with the mother. Irina thinks that possibly it was her reluctance to officially deliver the real estate over to Shaposhnikov was the reason for kidnapping her son.

However, the lawyer Tatiana Stukalova accused Irina of libel.

“I would like to stress that all information this woman gives is a lie. How can a father kidnap his own son? Both parents have equal rights.  Her story is all twisted. She wants the apartment, the house and the money. My client only earns this much money, he cannot satisfy all her demands”.

According to Dragomirova's lawyers, Shaposhnikov submitted to court a note certifying his salary at 11 thousand rubles.

Main Internal affairs Directorate of Kemerovo region prevented crime bosses’ attempt on raider takeover. Currently a criminal case is under investigation. It was initiated over extortion of large sums of money from a Kuzbass businessman, as well as over attempts to alievate his rights for the enterprise.

According to preliminary data, throughout 2009-2010 crime bosses, well known in criminal circles, constantly put psychological pressure on the businessman. It was often accompanied by threats and beatings. “The suspects put their own security service on the enterprise, limited access for the owners, and began to control financial flows”.

Police investigators presumed that a notorious organized crime group leader, who often resorts to the legal assistance of the Bar Regionservice, is one of the main organizers of this crime. As the result of this planned pressure on the businessman, his share of the registered capital amounting to 52 % was transferred to one of Regionservice leaders. Andrey Muravyov and Andrey Kirikov were among unofficial leaders of the Bar Regionservice.

Main Investigations Directorate of Kemerovo region initiated a criminal case under article 163, part 3 (extortion), of the Russian Federation Criminal Code. The case is under investigation.