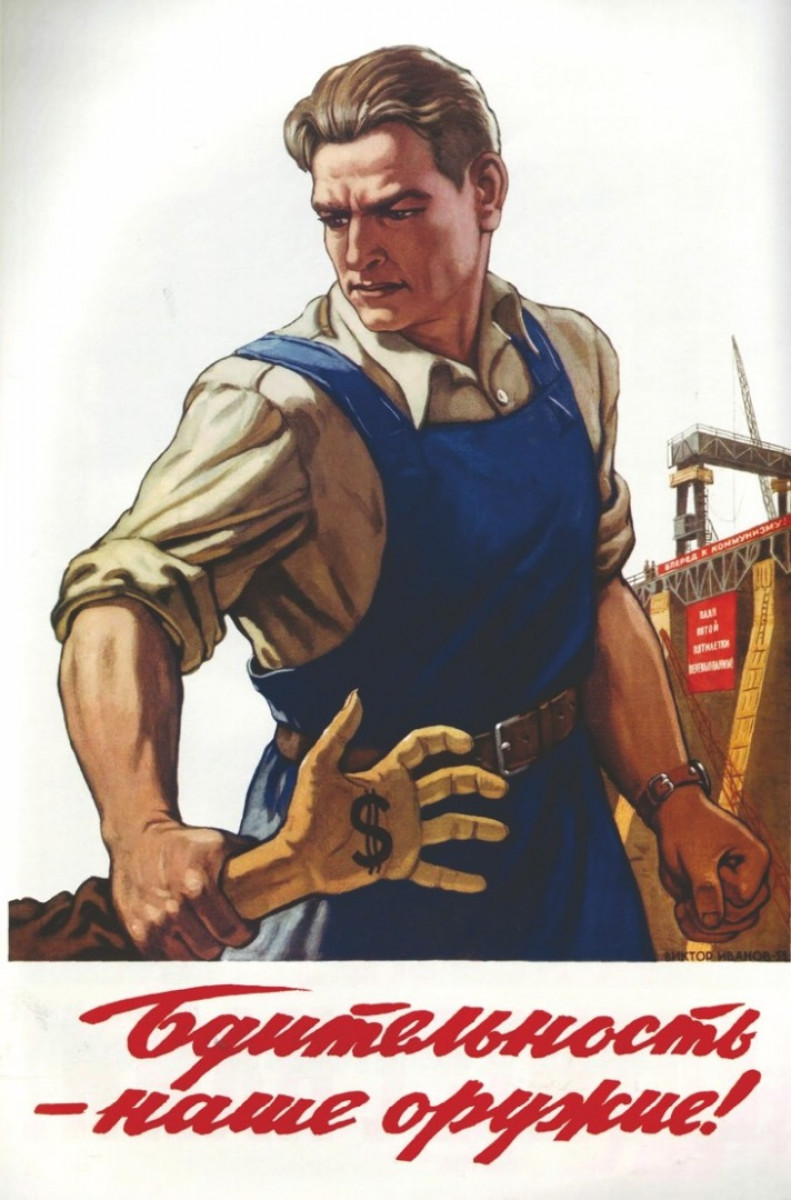 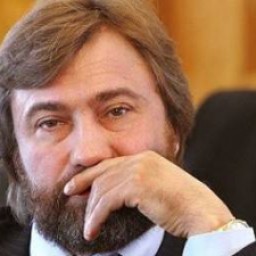 Born in Staraya Rusa, Novgorod region (Russia). In 1985 graduated from Leningrad Academy of civil aircraft with a degree in control system engineering.

1989-1991 - employee of chair of systems and computer facilities’ control in the Academy of civil aircraft (Leningrad).

2004-2007 - Chairman of the supervisory board of OAO "Inguletsky mountain-concentrating industrial complex" (Krivoy Rog).

Lives and works in Kiev and St.-Petersburg.
Source: file.liga.net

In 2005 Novinsky's company "Smart Group" planned to get mergeв with Alisher Usmanov’s and Vasily Anisimov's holding “Metalloinvest" for struggle at auction for the largest Ukrainian metallurgical complex "Krivorozhstal".
Source: «Kommersant» № 195/P (3279) from 10/17/2005

However, shares of "Krivorozhstal" passed to company Mittal Steel for the sum exceeding all the means received for 14 years after privatization in Ukraine.

Novinsky noticed that the price for a shareholding was essentially overestimated.
Source: "Kommersant" Ukraine № 71 from 10/25/2005

In October 2006, workers of Alchevsky Metallurgical Industrial Complex (AMC) supervised by corporation «Industrial union of Donbass» (IUD) (belongs to Sergey Taruta and Vitaly Gayduk), blocked the work of Makeevsky Metallurgical Complex (MMC) which was a part of "Smart Group". The reason was the cost increase of iron-ore raw materials delivered to АМC from Inguletsky Mining-concentrating Industrial Complex which was also under control of "Smart group". Workers came over 250 kilometers on purpose to stop the work of the enterprise. Having blocked tracks, they blocked cargo transportation to MMC. After a while protestors came by buses; however buses turned around and left, as by that moment in Kiev negotiations between management of IUD and "Smart group" were carried out and arrangements were partially reached.

In "Smart group" the conflict was counted as not resolved up to the end: first, the damage from meeting was counted up to sue the management of AMC, secondly, the prices for raw materials in the company were considered economically reasonable, but they also admitted that they would depend on how AMC would behave in the future.
Source: "Kommersant" Ukraine № 187 from 10/20/2006

In 2007 the mayor of Nikolaev city Vladimir Chaika stated fears concerning the attempt to privatize «Ship-building Factory” named after the 61st Communard» by Novinsky's enterprise «Kherson shipyard» (KS). The contracts of the guarantee concluded between the enterprises could become the reason of it, according to the Chaika: in case of privatization the preference could be given to the one who already cooperated with ship-building factory that would reduce number of applicants at once. In "Smart group" they declared that they want to participate in privatization, not shadow, but fair.
Source: "Kommersant" Ukraine № 63 from 4/16/2007, ПН

Purchase was preceded by sale of this share to the company NEST by the previous proprietor, the Lithuanian company Hanner which decided to escape the project. Such possibility was also considered by NEST. Hanner decided to leave the project because of the conflict which pop up round participation of Ukraine in Euro-2012. In November, 2005 the president of Federation of football of Ukraine Grigory Surkis demanded to stop building of "Troitsky" for the reason that the project, in his opinion, broke evacuation rules. Thus, construction threatened Euro-2012 to be carried out in Ukraine. Now the new site will be selected for the shopping center. For Novinsky the participation into such risky project could mean getting preferences from the government in the future.
Source: "Kommersant" Ukraine № 120 from 7/19/2007, ЧТ

In October 2007, Russian businessmen Igor and Oleg Churkin lost control over «Chernomorsky shipyard» (ChSY). "Smart holding" began to carry out the operational administration of the factory. According to businessmen, Novinsky could achieve their discharge. In 2004 he suggested to buy the factory, but named a too low price. After he was refused, the Office of Public Prosecutor of Nikolaev area raised criminal cases concerning Churkins, at first upon infringements during factory privatization, and then concerning businessmen.
Source: "Kommersant" Ukraine № 188 from 10/25/2007

By the end of 2007 "Smart holding" already planned to create ship-building holding on the basis of the Kherson shipyard, having included also Ship-building factory named after 61st Communard and Churkins’ ChSY in it though at that time the consent neither from the state, nor from Churkins was not received.
Source: «Kommersant» Ukraine № 190 from 10/29/2007

At the same time "Smart holding" had problems with the project of completion of Krivorozhsky ore dressing industrial complex of the oxidized ores (КODICOO) which he planned to merge together with Alisher Usmanov's "Metalloinvest". The joint venture with state property should be created fund for this purpose. President Victor Yushchenko doubted expediency of joint venture and decided to consider new projects of building. Novinsky declared that money is already placed in the authorized capital of the joint venture and in case expenses were not compensated he would apply to the court.
Source: "Kommersant" Ukraine № 194 from 11/2/2007

In order to avoid waiting for dispute resolutions on ChSY in December 2007 Novinsky received the permit of Antimonopoly committee to purchase more than 50 % of shares of the enterprise.
Source: "Kommersant" Ukraine № 215 from 12/3/2007

Soon Igor Churkin was detained in Serbia on suspicion in illegal privatization of ChSY. In his opinion, Novinsky tried to "eliminate" him to establish control over ChSY.

Simultaneously in electronic mass-media there was news that employees of Chopsky customs ostensibly found out cocaine and marihuana in the cases of conditioners intended for installation in buses, belonging to Churkin brothers. Representative of Churkins Irina Akulova declared that this information was distributed also by Novinsky. Novinsky’s representative Irina Kharchenko named this statement as slander.
Source: "Kommersant" Ukraine № 219 from 12/7/2007, ПТ

Novinsky managed to win Churkins: the state property Fund admitted the change of the proprietor of the enterprise and approved its purchase by Novinsky's Kherson shipyard. Churkins challenged this decision in court.
Source: "Kommersant" Ukraine № 220 from 12/10/2007

Also in December, 2007 "Smart holding" and "Metinvest" defined a final format of actives combination. It was decided to transfer shareholding of Yuzhny mining-concentrating complex to «Metinvest» in addition to those actives which were defined earlier.
Source: "Kommersant" Ukraine № 229 from 12/21/2007

In January, 2008 Novinsky left from a post of the head of the supervisory board of Inguletsky ore dressing industrial complex.
Source: «Kommersant» Ukraine № 6 from 1/21/2008

In spring, 2008 "Smart holding" declared change of structure of proprietors. The largest part of shares was concentrated at Optimabest Management Ltd, registered in London which Novinsky founded in 2004.
Source: «Kommersant» Ukraine № 77 from 5/14/2008

In summer, 2008 the program of modernization of Ochakovsky seaport was confirmed by "Smart holding".
Source: «Kommersant» Ukraine № 120 from 7/16/2008

In November, 2009 "Metinvest" received the official permit of Antimonopoly committee for absorption of actives of "Smart holding".
Source: «Kommersant» Ukraine № 192 from 11/6/2009

Then "Smart holding" agreed about purchase of the largest hypermarket chain in Ukraine "Amstore" at Edward Shifrin and Alexey Schneider.
Source: «Kommersant» Ukraine № 199 from 11/17/2009

Also in the end of 2009 court of Kiev recognized sale of shares of OAO «Balaklavsky mining department named after Gorky» which Novinsky got in 2006 as illegal. The reason was that revaluation of shares was not carried out in time, and they were sold at the old price.
Source: «Kommersant» Ukraine № 201 from 11/19/2009

In April, 2010 Novinsky’s stepson Mikhail Matvienko got to road accident in Petersburg on Nevsky prospect, having bumped first into water cart, and then in a show-window of shop of the former linen. He presented himself to police as the son of the Petersburg governor.
Source: Fontanka. ru from 4/7/2010

In the car together with him there was the daughter of the Minister of Finance of the Russian Federation, Alexey Kudrin - Polina.
Source: Life.Ru from 4/9/2010