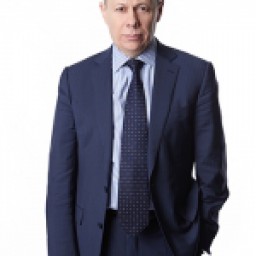 In 1986, he graduated from the Leningrad Shipbuilding Institute, "Instrumentation", candidate of economic sciences.

From 1995 to 1996 - Valery Anatolievich worked as General Director of CJSC "Petroelectrosbyt".

From 2001 to 2004 - Deputy Chairman, Chairman of the Regional Energy Commission of St. Petersburg.

2004 - Worked as Advisor to the Deputy Prime Minister Vladimir of V. A. Yakovlev (Moscow), Deputy Plenipotentiary Representative of RF President in the Southern Federal District (Rostov).

From 2004 to 2005 - Deputy Minister of Regional Development of the Russian Federation. 2005 - Goncharov V.A. was the Deputy General Director for Economics and Finance of OJSC "Lenenergo".

In 2005 - Deputy General Director for Economics and Finance of OJSC "TGC-1".

In July 2012, he was appointed as Deputy Chairman of the Board of PJSC "FGC UES".

Igor Yakovlev, a son of the mayor of St. Petersburg, may become a defendant of the criminal case under number 444 402, which was opened by the Northwest Prosecutor's office.

As we already reported (“Case” №26`2002), in the framework of the criminal case investigated some aspects of the state unitary enterprise "TEK" and CJSC "Lenteplosnab", which is often referred to the sphere of interests of Igor Yakovlev. The complaint to the prosecutor, which gave the basis for the initiation of the case was filed by the Head of CJSC "Inter-regional industrial and commercial concern" (IICC) Ilgar Akhundov. Today, Mr. Akhundov, answering the questions of "the case", colors his accusations in fundamentally new colors.

"Igor has no official positions in the fuel and energy sector, but he has “eyes and ears” there, i.e. trustees, directed by him. So in 1998, Valerii Goncharov was appointed as Director of TEK Finance. And assigned with the task: he must study all the schemes of cash rollback "like a competent economist", choose the right people, mainly among contractors. Then my firm hit in the field of view of the "gray cardinal".

I categorically refused to engage postscripts. Goncharov perceived a refusal with fortitude, inherent to the people, which affairs are covered up by officials. He just grinned and said: "Let's see." Then I find out that a criminal case has been initiated on me in Kroonstad. And I found it out even not from the police, but from Goncharov. He told me: "I'm not a private shop; I do not work on myself, but on the Governor. Do you want me to close the case in five minutes?" This he demonstrated in one phone call. Then the criminal case has been closed and opened for five times, and it is possible that this is not the limit.

Directing the work of GUP "TEK SPB" the right mainstream, which is necessary to "respected" people, Goncharov was appointed as a CEO of "Lenteplosnab", and Alexey Kuzmin came to the proscenium. Previously, he was the CEO of "Lenteplosnab" and became the first deputy general director of State Unitary Enterprise "TEK". So there was a reshuffle: Goncharov went into the shadows, continuing, however, to make decisions on "laundering money", personnel matters and enterprises, that must be taken under control of the authorized representative of the governor - Igor Yakovlev.

However, to put the house into the operation is only part of the problem. It must be served, so much so it would be comfortable to live in, as it should be in the XXI century. The current Housing and Utilities is barely coping with the current three billion square meters, and if there will be five or six? Even now, the majority of claims at the utilities connected not so much with the high cost of living, but with the quality of services.

"The last few years we have lived if conditions of constant reform. With the introduction of full payment for the consumed housing services, its first phase is completed, - said the Deputy Minister of Regional Development, Valery Goncharov. - It is time to look to the future, to define a strategy of housing and communal services."

Shareholders of OJSC "Lenenergo" at the Extraordinary Meeting re-elected the Board of Directors, replacing five out of 13 people in it. As the press-service of the company reported, a new composition of the Council includes four representatives of OJSC "FGC UES": First Deputy Chairman of the Board Andrei Murov and Andrei Kazachenkov, deputy chairman of the board Valery Goncharov and general manager of the branch MES "North-West" Valery Ageev and also a Deputy Chairman of the Committee on tariffs and price Leningrad region Andrey Bondarchuk policy.

Federal Grid Company (FGC) continues to change direction and to integrate their management system with "MRSK Holding" (HMRSK). As a result of a number of new appointments in companies now have a virtually total team, where the same managers occupy similar positions in the FGC and holding. As a result, their loading is approaching the limit, and the end of the formal time management system is not visible: the government cannot find a scheme of merging of FSK and HMRSK.

So, Andrei Murov appointed his first deputy in HMRSK a Deputy Chairman of FGC Roman Berdnikov, an ordinary deputy became Valery Goncharov, who worked at "Lenenergo" and TGK-1, who headed in 2001-2004 regional energy commission of St. Petersburg and served as the deputy head of Ministry of Regional Development (2004- 2005). In recent years, Mr. Goncharov worked in RZD structures. Now he is working simultaneously in HMRSK and FGC.

Murov is almost caught up on income profits by first deputy chairman of FGC UES Valery Goncharov - 67.3 million rubles. But he only has two apartments in real estate in Russia.

The investment program for the development of complex industrial and logistics zone in Chudovsky district of the Novgorod region was in jeopardy - OJSC "UES FGC" has frozen the construction of an electrical substation "Ruchei", which was supposed to provide companies, placed here, with electric power.

According to General Director of "ProektStroi" LLC Yuri Skovorodin (the company serves as the contractor for the construction of the substation), now "Ruchei" is in poor condition. The object is not only does not introduced, as expected at the start. But its construction was halted, conservation after suspension of construction and installation work was not performed and the protection of property, located on the site, does not actually carried out. I.E., the most expensive autotransformers, established almost a year ago, actually thrown in the open air.

And like everything went smoothly and evenly, but suddenly "Ruchei" became a whirlpool to a contractor. "In May 2014 we address a letter to the First Deputy Chairman of the Board of OJSC "FGC UES" Valeri Goncharov, about the readiness of the equipment with a request of confirmation of the willingness of the customer to accept and pay it according to the established order. On May 26, in the letter, signed by Director of Procurement - Head of the Department for Consolidated Planning and procurement of OJSC "FGC UES" Pavel Barkalov this confirmation has been received, "- tells Yuri Skovorodin.

So far, neither the contractor at the site, nor, most importantly, the industrial zone residents do not have a clear answer why "Ruchei" is frozen and what is the further term. There is no answer from the first deputy chairman of the OJSC "FGC UES" Valeri Goncharov.

A criminal case was initiated against a General Director of OJSC "Lenenergo" a criminal case, and he has already written a confession.

As the press center of the Russian Interior Ministry told to "Stroitelstvo.ru" today, according to the investigation version, even in 2014 Sorochinskiy with Financial Director of company, earlier detained, implemented schemes of output of cash assets of the company.

It has been established that, contrary to the regulations, adopted by the Board of Directors about the placing of temporarily available funds on certain credit institutions accounts, these two figures does not take any steps to terminate the 10 contracts of bank deposit in the Bank "Tavrichesky". Moreover, they signed additional agreements, extending the term of repayment of deposits almost in a year.

When the Central Bank revoked the license of the bank "Tavrichesky", OJSC "Lenenergo" has lost access to 13 billion rubles. And at the expense of depreciation of investments, and as a result of lost economic benefits, exceeded 8.6 billion rubles. Now Sorochinskiy issued a confession and a subscription of his own recognizance has been taken from him. Former Director of Finance was sent to the detention center.

Recall that the law enforcement officers carried out an inspection of documents of "Lenenergo" at the request of the company itself on June 24.

The flat of co-owner and Chairman of the Board of Directors of OJSC "Energostroyinvest Holding" (ESIH) Anton Zingarevich and flats of his relatives were searched last night, said a source, familiar with the situation, and confirmed Boris Zingarevich, Anton Zingarevich father.

The searches were carried out in framework of a criminal case under Part. 4 Art. 159 of the Criminal Code (fraud on a large scale) against the directors of "Energostroyinvest Holding", said a representative of Alfa-Bank. In Spring Bank filed a complaint in State Department of Economic Security and Counteracting Corruption of the Ministry of Interior Affairs in Moscow, a criminal case was initiated by the Department of Internal Affairs of the Central Administrative District of Moscow against unknown persons from among the heads of the holding in September of this year, he added.

From May 2013 to February 2014, Alfa-Bank has provided structures of "Energostroyinvest Holding", in the face of the owner Anton Zingarevich, bank guarantees in the amount of 5.6 billion rubles under contracts with OJSC "Federal Grid Company of Unified Energy System" (FGC UES), explains a representative of Alfa-Bank: "SC has signed a general contracts for the construction of high voltage transmission lines and other facilities of network construction, received an advance payment of 10 billion rubles. Contractor has fulfilled not all liabilities to FGC UES; as a result, a state-owned company demanded payments under guarantees from Alfa Bank".

As it became known to "Kommersant" Alexander Muratkin - the head of "Lenelektromontazh" LLC, acting as contractor for the construction of an energy bridge between Kuban to the Crimea - can become involved in the criminal case of a large loan fraud. The businessman believes that the claims of PSB in amount of 1 billion rubles should be made not to him but to the company, which he sold. In the pre-investigation check, which does a police at the request of Moscow Prosecutor’s Office carry out, it comes to lending a group of companies "Setstroyservis" (CCC) in October 2013, which are owned by Alexander Muratkin. Hoping to receive a credit line in the PSB, the businessman reported that with its help he plans to complete the construction of hydropower plants on the river Mtkvari in Georgia. He presented to the Bank a draft agreement with the customer of construction -"Mtkvari HPP" LLC and, again, a preliminary contract for supplying to his companies of hydropower and hydro mechanical equipment with "Gidroenergotehnoinvest" (GETI). Besides, CCC, according to the borrower, intends to build a high-voltage transmission line from TPP-2 in Vladimir region about Engineering and Construction Management Center at OJSC FGC UES.

The feverish speed and family reasons in choosing a contractor for construction of an energy bridge to the blocked Crimea led to the fact that the project is currently implementing by the worst possible performers and by the worst ways. As is well known, the Federal Protective Service Director General Evgenii Murov succeed to "push" as the executor of the project the company FSK "UES", led by his son Andrew. But something went wrong.