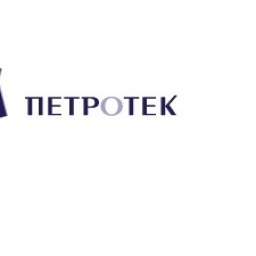 Bio:
Islamov was born in 1964.
In 1996 - 1997 he was the director-general of Vitadent scientific research institute.
In 1997 - 1999 he was an office director of   Finneftehimprodukt LLC.
In 1999 - 2001 he was a deputy director of  Novation Trading Limited
Since 2001 he has been the president of  Petrotek Holding  public corporation.
Source: LIN-media

Dossier
Islamov and Sergei Chernikov has been friends since they served in army together but they established their mutual business only in late 90-s. "While I was running around the landfill, he studied in Ufa as a dentist. "Once Viktor stayed at my place in Moscow  and I asked him to help me with a deal'',  Chernikov  told, ''He has helped me as a friend, without expecting anything in return. When I invited him to take his share of $ 1.2 million, he got surprised. He didn't imagine one could earn so much money. Soon I determined we should work together.
I picked his number but  could not get through for 20 minutes. It turned out at this time he had been trying to call me with the same idea. "
Source: Vedomosti, 17 July 2006

Bashkhim  is distributed as follows: half belongs to Dmitry Pyatkin, Viktor Vekselberg's and  Leonard Blavatnik's former partner in Sovlink company, and  half, according to Chernikov, belongs to him and his
friend, Viktor Islamov.
In 2000 Chernikov  and Islamov  were the first to buy a public company. It was CanBaikal, a Canadian company with $ 1.2 million sales, engaged in oil and gas production in Russia. Chernikov  and Islamov   immediately sold gas production, but kept Pechoraneft, an undervalued, as Chernikov himself said, oil company.  In 2004, CanBaikal's profits were $ 4.4 million, while a forecast for 2005 was $ 5.8 million
Source: Business sekrety.ru

When in 2002  Moscow mayor Yuri Luzhkov signed a decree № 889 which confirmed the construction project, buildings between the 1st 2nd, 3rd Kadashevsky lanes and Ordynka belonged to two
affiliated companies, Torgproduktservis LLC  and  Firma Stoik LLC. Torgproduktservis was appointed an investor of the office and residential complex area of ​​36 000 sq.m.
In 2005, the main founder of  Torgproduktservis  was  Realteks Development LLC, incorporated in Realteks holding.  As of 13 November  2001, 99% of Realteks Development's share capital belonged toSafir LLC, which was in turn owned by Oreol LLC.
The latter belonged to a Cyprus offshore company,  Gorgonasia Trading LIMITED, behind which was another offshore company, Imperium Nominees LIMITED.
Imperium Nominees is a co-owner of MODISANNA LIMITED offshore company, which, as of 2009, owned 100% of the share capital of Bashkir Chemistry public company, which incorporates all the chemical plants in Sterlitamak.  Bashkhim , in turn, is included in Petrotek investment group, owned by Sergey Chernikov and Viktor Islamov.
In early summer 2010  the defenders of  Kadashi church kept the perimeter defense for three weeks
and did not allow the start of construction and Duma deputies had to interfere to help them. Only after their intervention Moscow authorities held a meeting at the prefecture of the Central District, and stopped the construction.
Source: The New Newspaper, 22 November 10

In 2010 there was a great reduction in managing and support personnel of Large-panel roduction public company, owned by Islamov. In 2011 it became known that the company was charged of more iolations than any other construction company in Ufa. Those were   late payment of severance benefits and additional compensation for terminating an employment contract before the expiry of a notice.
Source: Bez Formata,  8  August 2011