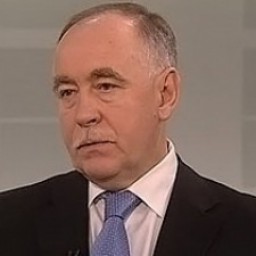 Dossier
In 1990, Ivanov together with Boris Gryzlov registered a small enterprise Block, however, the firm wasn’t successful in business. In 1996-1998, Ivanov headed the Russian-American Company Teleplyus JSC engaged in organization of broadcasting of 30 satellite channels including CNN and Euronews. American firm Telcell, owned 45% of shares of JSC Teleplyus, was a subsidiary of the American multinational corporation Metromedia.
Among the other close to Ivanov companies, it was called the commercial Bank of High Technology included into the hundred of the largest Russian banks. Deputy Chairman of the bank Baatyr Shondzhiev with implicit support of Ivanov took part in the presidential elections in Kalmykia, made it to the second-round, and took the second place with 38% of votes.
The Federal State Unitary Enterprise Rosspirtprom, established by the decree of Vladimir Putin in 2000, was considered as one of the most important supports of the “Kremlin Bormann”. In fact, it brought together all the state-owned alcoholic beverage industry. However, the director of the Rosspirtprom Sergey Zivenko, allegedly being a protege of Ivanov, lost his post not without involvement of the FSB director Nikolay Patrushev.
Even more significant was for Ivanov Mezhprombank and its Chairman of the Board Sergey Pugachev, in every possible way showing his orthodox and sovereign views.
Source: Stringer, June 26, 2003

In 2000, Ivanov lobbied for creation of the Federal State Unitary Enterprise Rosoboronexport. FSUE Rosoboronexport united Rosvooruzhenie concern with Promexport. The new concern was headed by Andrey Belyaninov, came from the KGB, who formerly had worked for the Foreign Intelligence Service and considered a figure close to Ivanov.

However, the relations between Ivanov and Belyaninov (as well as between Ivanov and Sergey Chemezov, the future head of Rosoboronexport) were strained. He achieved that Putin did not sign a draft of the decree composed by Belyaninov and Chemezov, according to which Rosoboronexport would became the only special exporter of arms.
Source: Kommersant-Vlast, August 9, 2004


In 2001, Ivanov was one of the authors of the draft bill “On Citizenship of the Russian Federation”. In February 2002, when the bill was approved in the second reading (the Communist Party, Yabloko, the Union of Right Forces (SPS), and Agro-industrial Group voted against), the leaders of Yabloko faction called it “openly lobbying” and protecting only the interests of the Ministry of Interior. This document so toughened rules for obtaining Russian citizenship by former citizens of the USSR that later the president, who himself brought it to the State Duma, had to initiate amendments to the existing law.
Source: Nezavisimaya Gazeta, December 2, 2005

In 2002, upon an initiative of Ivanov, the Presidential Pardons Commission, headed by the writer Anatoly Pristavkin, was disbanded. The Assistant to the President delegated powers of the commission to governors and then the number of prisoners pardoned by President was greatly reduced.
Source: Kommersant-Vlast, December 1, 2003

In June 2002, Ivanov became chairman of the board of a newly created Concern PVO Almaz-Antey, producing anti-aircraft missile systems S-300 and S-400. The concern, uniting more than 40 enterprises of the military industrial complex, was established in order to increase the volume of arms exports. And Ivanov managed to prevent the concern’s inclusion into the structure of the Interdepartmental financial-industrial group Defensive Systems, as the head of the Ministry of Industry and Science Ilya Klebanov insisted.
Source: Kommersant, June 9, 2003

For a long time the concern charged to Ivanov hadn’t actually owned a license to conduct independent foreign economic activity and was forced to use the services of Rosoboronexport as an intermediary in the sale of weapons abroad. As a result, the Russian defense industry was carrying a lot of losses, because the money reached industrial enterprises in a shortened amount.
Several media claimed that the concern couldn't obtain a license for export of arms because of counteraction of Rosoboronexport. As a result, a new contract for delivery of S-300PMU-1 guided missile system to Vietnam (cost more than $ 200 million), concluded in 2003, was allocated to execution to the Concern PVO Almaz-Antey only in early 2004. And the first major contract for the S-300PMU-1 (for supply of the systems to China, worth more than $ 400 million) was allocated to execution only in March 2004. Meanwhile, the Defensive Systems, also acting as an intermediary for sale of weapons, had long had such a license and exported the S-300 complexes (totaling almost $1 billion)
Source: Parlamentskaya Gazeta, March 24, 2004

In late 2002 - early 2003, Ivanov began to actively interfere in gubernatorial elections. He also took under his wing People's Party of Gennady Raikov and took his people to leadership of United Russia (Yury Volkov, who became the chairman of the Central Executive Committee of the Party in 2003 and the head of the parliamentary faction in 2004, was Ivanov's colleague not only in St. Petersburg mayor's office, but also in the KGB). There were no great results from the activity of Ivanov.
Source: Profile, September 29, 2003

Ivanov was called one of the initiators of the “Yukos case” and argued that in the summer of 2003, he personally supervised the expulsion of RSUH rector - one of the largest shareholders of Menatep group, co-owner and vice president of Yukos Leonid Nevzlin.
Source: Gazeta.ru, October 25, 2003


At the end of June 2005, Ivanov was elected chairman of the Board of Directors of JSC Aeroflot - Russian Airlines. After that, the media started talking about the redistribution of property by “St. Petersburg chekists” (security officers), especially at the end of September 2005, when Ivanov was re-elected Chairman of the Board of Directors of OJSC Concern PVO Almaz-Antey. That decision was made on the basis of the directive on voting for candidate Ivanov, signed by Russian Prime Minister Mikhail Fradkov.
Source: Military-Industrial Courier, September 27, 2005

Since November 2012, in Russia, in connection with the adoption of amendments to the law “On the protection of children from harmful information”, a register of prohibited Internet sites that were to be locked out of court began to operate: in particular, the ban list at the request of Federal Drug Control Service could include sites containing promotion of drugs. In the same month, at the request of FSKN, such popular resources as online encyclopedia Lurkomorie and a network library Librusek were included in the black list and it caused a great resonance in RuNet and mass media.
Source: Noviy Region, November 12, 2012