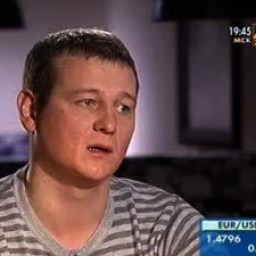 Bio:
Viktor Remsha was born on 19 October  1970  in Krasnoyarsk.
In 1994 he founded Finance analytic  investment company.
In 1994-1996 he published Investor's Portfolio analytical newsletter.
In 1995 he graduated from Bauman State Technical University in Moscow, having majored in radio and electronic systems.
In 1996 Finance analytic  got engaged in stock jobbing.

In 1998  Viktor Remsha considered providing  individuals with brokerage services as profitable business and created  Finam.ru website.
In 2003-2008 he was the director-general of  Finam   company.
In 2006 he purchased Mamba dating network. It was  the biggest deal in the history of  Finam.
In March 2008 he chaired the board of directors of   Finam.
In 2010 he joined the board of  NAUFOR.
In 2011 he represented RBC on the board of directors of  MICEX Stock Exchange.
Remsha is married and has three children.
In 2011Remsha's wealth was estimated at 200 million dollars.
Sources: Forbes.ru, personalities, Finance, 14 February 2011

In 2005  after a fire at   Finam's Moscow office centre located in  Myasnitskaya street  the company wrote off about 100 000 shares of  Gazprom  and some other assets without orders . It was suspected that  the fire was just a pretext for  the write-off, otherwise the fire must have been  surprisingly  selective. According to the Finam's representatives, only two orders of hundreds of papers had been lost. However, there were no records about it at the internal securities accounting. As far back as 2006 financial activity of  Finam investment company attracted attention of the police, but since Finam serviced major speculators, before the crisis the company  was inviolable.

Despite   Remsha's strong statements about company's care of each client, in fact Finam  repeatedly made violent  changes in regulations on working with  individuals. Thus, at the beginning of 2009  minimum commission with quite a high ceiling was suddenly  established. During one morning a certain amount of money, from one thousand to 30 thousand rubles, was charged off each client  as a  commission payment.  When interviewed Remsha said that one should assign a separate market niche to small customers, or they would cause only losses.
Sources: Rateyourboss.ru, personalities, Kommersant, 24 October 2011

In March 2009 the Federal Financial Markets Service once again accused Finam company of  violations. This time the company made unsecured sale deals, altgough it was prohibited because of the financial crisis.  Finam  sold  securities that was actually not available and made false financial statements. According to the Federal Financial Markets Service,  "in rough and sophisticated manner  Finam disguised   short selling deals as repo agreements when  securities  were allegedly sold for a short fixed term  with a commitment to sell them back at the fixed price."  FFMS sent  their  investigation data to the police.

Finam  totally denied  any violation. Since the only measure FFMS  took  was withdrawal of  Remsha's license the company got off light. Remsha who was prohibited  to hold a position of  director-general  chaired  the board of  directors of  Finam.

In November 2010 Finam  once again was fined by the Federal Financial Markets Service.  On behalf of their clients the company conducted transactions that  the clients were not actually able to arrange as they did not have necessary amounts of money on their accounts.  The company operated on huge amounts of money that were absolutely unsecured.   At those rates the slightest changes in  the market   had multiplied effect. When securities rose in price   the profit was exorbitant  but depreciation led to catastrophic losses. As brokers officially dealt with enormous sums, their  fee could reach  half of  client's virtual account.

In January 2011 Remsha established   O2 (Oxygen)   nightclub. In July 2011 he bought Bolshoye Gryzlovo airfield  and renamed it as Finam. And in September 2011 he proved his wellbeing by joining the board of directors of the Moscow Interbank Currency Exchange.