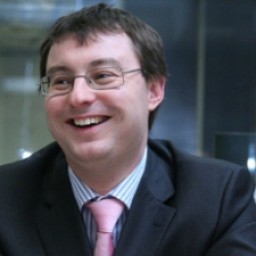 Since May 2006 he has been the president of OMG.

He is married and has two sons and a daughter.

St-Petersburg-based Oslo Marine Group was established in 1990 as an insurance company, but soon the company reoriented to shipping activities. There were 3 ships in OMG fleet and the company traded timber in North Europe.

In 2008 OMG acquired the right of economic management of the Baltic Shipyard which occupies 11 hectares in the southern part of St Petersburg's port. The details of the deal are kept in secret, but the assset is estimated Rb15b ($0.5b). OMG declined to comment. Experts believe the shipyard might have been acquired from the companies affiliated with criminal boss Ilya Traber.

In 2008 Bank of St Petersburg granted Rb3b ($0.1b) loan to OMG for a period of a year. At the end of 2008 both sides stroke a prolongation agreement which stipulated additional security for the loan. West Terminal LLC (core asset of OMG's port complex) and Scandinavia Insurance Company LLC (part of OMG) were to offer guarantee for the loan. But prolongation failed. In spring 2009 OMG stopped paying BSP. In June 2009 the management of West Terminal and Scandinavia changed. In July 2009 the police searched the headquarters of OMG.

In 2009 two core assets of mysterious St. Petersburg-based OMG were sold to offshore companies. A dozen of appeals against alienation of controlling stake in West Terminal LLC and Scandinavia insurance company were brought in an arbitration court by Yulia Arkhangelskaya, wife of the CEO of OMG, and another minority shareholder.

Late in March 2009 Sevzapalliance LLC acquired 99% of West Terminal from OMG. Sevzapalliance LLC is controlled by a Cypriot offshore company with unknown beneficiaries. 100% of Scandinavia was devided between 6 companies.  50% of one of  companies is controlled by Sevzapalliance. Experts say West Terminal and Scandinavia were sold in order to restructure assets within the holding, while Arkhangelskaya’s appeals are a bid to correct errors made while the stakes were divided between the companies of the holding.

In 2010 the police of St Petersburg and the Leningrad District issued international arrest warrant for president of OMG Vitaly Arkhangelsky. The police were investigating into loan scams. Arkhangelsky alleged that siloviki and his creditor BSP (controlled by Sergey Matvienko, son of the city governor Valentina Matvienko) improperly seized assets for non-payment of Rb4b ($0.12b).

The investigators believe that in March 2009 when Oslo Marine Group faced financial difficulties, Arkhangelsky, acting in concert with a certain unidentified individuals, forged “decision no.12” on behalf of Western Terminal LLC (part of OMG) in order to secure a loan from St Petersburg branch of Sea Joint-Stock Bank JSC. The bank accepted the document and transmitted Rb56.5m ($2m) roubles to the accounts of the Western Terminal. Then Arkhangelsky forced employees of Western Terminal LLC transfer the loan to the accounts of the companies he controlled. His wife bought a house in Nice, worth 1.4m euro. Additional Rb85m ($3m) were transfered to the accounts of a number of firms as payments for souvenirs and land plots which are not core activities of OMG.

In November 2010 Arkhangelsky was detained in Nice. The police began preparations for his extradition. But businessman raised a positive publicity in European media. There were reports in his favor in a number of publications in France and Britain.

Journalists presented Arkhangelsky as a victim of corrupt Russian authorities who wanted to seize his assets. Arkhangelsky’s lawyers claimed he is persecuted on political grounds and the court began to examine their evidence. Arkhangelsky was released on 300,000 euro bail.

Arkhangelsky claimed the signature on the сontract of suretyship was faked and had another handwritting analysis done. In October 2010 French handwriting experts said that the signature in Arkhangelsky's ID and on the contract belonged to different hands. The businessman appealed to court. On February 9, 2011 the court decided to carry out an enquiry into what might be a criminal offence of fraud.