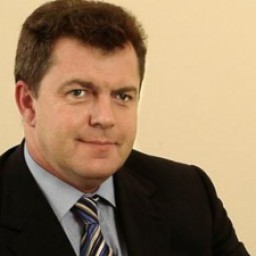 Vladimir Iorich (born in 1958, Stalinsk) graduated from Kemerovo Polytechnic University in 1980 with a degree in Economics and Engineering.

1980-1987 engineer, economic director at an enterprise called Gidrougol, in Novokuznetsk

Zyuzin and Iorich bought up shares in a number of coalmines near Kemerovo and established Southern Kuzbass in the early 1990s. Southern Kuzbass became the largest coal supplier to Magnitogorsk Metallurgical Plant and to Mechel. According to a source in a metallurgical company, Zyuzin and Iorich were also involved in buying up the securities of Magnitogorsk Plant and Mechel at the time and continued their joint business even after Iorich received German citizenship in 1995 and left Russia.

In 2004, Mechel announced its plan to list its shares on a foreign stock exchange. Mechel issued additional shares, increasing its charter capital by 30%. New-York-based Deutsche Bank Trust Company bought 76% of the new shares.

Mechel disclosed yesterday that Igor Zyuzin, the chairman of the grup, and Vladimir Iorich, CEO, were joint owners of the company.

Mechel’s owners got rid of foreign executives in the company. Iorich became Conares CEO, his son Evgeny headed Klypso. Zyuzin made his secretary, Oksana Zhedrinskaya, CEO of Metkhol. Mechel did not comment on the reshuffle and did not give information neither about Iorich Junior, nor about Ms Zhedrinskaya. According to a source in Mechel, Evgeny Iorich studied abroad and joined Mechel a year and a half ago. He is currently deputy sales director of Mechel’s trading house. Oksana Zhedrinskaya has been Zyuzin’s aide for more than 10 years. During the period, Zyuzin and Iorich became owners of the company with market capitalization of $3.9 billion. In 2004, each received 2.4 billion roubles ($80 million) as dividends.

In February 2006, Vladimir Iorich and Igor Zyuzin became divided over the future of the company. Iorich was against the deal to acquire a controlling stake in Yakutia Coal for $411 million. Iorich promised to sell his shares to Zyuzin within a year and go out of the business. But Zyuzin wanted to buy the only the amount of shares which was enough to control the company. UBS AGJersey Branch of UBS bank planned to sell $700-million worth ADRs and $300-million ADR-convertible bonds. Investors were ready to pay $21-22 for each receipt, and it was a clear failure. To reduce expanses Iorich decided to sell only part of his stake. He sold $350 million worth ADRs and $150 million worth bonds. The analysts believe the deal was poorly negotiated, and that the haste triggered financial failure. It was rumored that Yorich wanted to get rid of his stake as soon as possible.

Having received over $1 billion from his Mechel associate and fellow billionaire Igor Zyuzin, Vladimir Iorich based himself in Swiss Zug where he avoids publicity. He has registered two investment funds in British Jersey - Pala Investments Holdings and Pala Assets Holdings. Iorich keeps reshuffling his investment portfolio. Now he owns shares in a dozen of American, Canadian and Turkish companies, including manufacturers of rare earth metals, industrial paste, mining mixers, windmills etc. Due to the financial crunch, shares of his portfolio fell in price by half, but in general Iorich’s investment brought more profit that Mechel’s shares that plunged by 90% during the crices.

In 2011, Vladimir Iorich ranked no. 61 in the list of Russia’s richest businessman with net worth of $1.6 million.