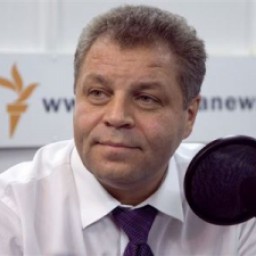 Vladimir Zhidkikh (born on 11 November 1961, Seversk, Tomsk Region, Russia) graduated from the faculty of machinery of the Tomsk Institute of Engineering and Building in 1984. He studied public administration at the presidential Academy of Public Administration. He did his postgraduate research at the academy and obtained PhD in political science.

1984 repairman at the haulage company

In 1990 Zhidkikh was elected to the city council of Seversk and became deputy head of the council.

1992 deputy head of the administration of Seversk city

1993 head of the commission for emergency situations, head of the city's committee for the affairs of judicial, military and law enforcement bodies

1998 presidential envoy to the Tomsk region

In 1999 Zhidkikh stopped executing the duties of the representative of the federal power in the Tomsk region, because he was appointed first deputy head of the administration of the Tomsk region.

In 2003 Zhidkikh was elected member of the State Duma in the Tomsk single seat electoral constituency. He joined United Russia faction in the parliament and worked in the committee for regional policy.

2007 member of the Federation Council, representative of the legislature of the Tomsk Region

Medal of Merit for All-Russia Census

Vladimir Zhidkikh is a doctor of political sciences, honorary professor of his alma mater institute now called the Tomsk State University of Architecture and Building

In 2006 Zhidkikh prepared a bill, proposing to restrict power of self-government institutions and local governments. It was not the first attempt of members of the United Russia political party to impose oversight on the city mayors. In the same year, Vladimir Mokry, Vladimir Zhidkikh and Aleksey Ogonkov - members of governmental United Russia faction in the State Duma - proposed amendments in the regulations, pertaining to the local governance. They proposed to allow regional administrations (appointed by the federal government) to take upon themselves certain powers of local governments (elected directly by the people) in order to secure «the unity of communications, communal services and infrustructure». The proposal implied that the governors, appointed by the federal center, could quell local mayors, deprive them of their powers and even take over administration of the regional centres. The proposals were found unconstitutional and the parliament refused even to consider the draft of the document. The Council of Europe made a statement that condemned the document.

But Mokry, Zhidkikh and Ogonkov were determined to finish their undertaking, by hook or by crook. They prepared the draft of amendments to the federal law «On General Principles of Organisation of Local Self-Government Bodies in the RF» . The hearings took place on 20 October 2006. The authors improved wording in the document. Vladimir Zhidkikh explained the purpose of the bill in his speech before the hearings: «We do not deprive mayors of their powers. However, we oblige heads of regions to take responsibility upon themselves if necessary in order to prevent emergencies». A number of mayors, members of the State Duma and analysts found that Zhidkhikh's initiative was dangerous for the institutions of self governance.

On 8 December 2006 the police arrested mayor of Tomsk Aleksandr Makarov. He was put in an isolation ward. Makarov said that his arrest had been politically motivated and “ordered” by speaker of the legislature of the region Boris Maltsev and former member of the State Duma of Russia, now representative of the Tomsk region in the Federation Council Vladimir Zhidkikh. In April-October 2006 Zhidkikh, together with a group of members of the pro-Kremlin United Russia party, drafted a bill proposing to abolish election of mayors of regional centers and restrict powers of local governments in favour of the heads of regions.

Aleksandr Makarov was an informal leader of the group of city mayors who strongly opposed the abolition of local elections and redistribution of powers. Makarov, the mayor of Tomsk, critisized the bill, drafted by Zhidkikh and Mokry. He found this iniciative dangerous and even «illegitimate».

Soon, they delivered blow to Makarov's team. The police opened a criminal case against Sergey Lazarev, first deputy mayor. Lazarev was suspended from his office.

On 31 October, a few days after the police opened a probe into the affairs of his deputy, Makarov and members of the city council issued joined appeal to the president of Russia and international human rights organisation, asking not to restrict the right of citizens to elect local government.

After the police arrested Makarov, his daughter said that Viktor Kress, the governor of the Tomsk region, was privy to the arrest as well as Maltsev and Zhidkikh.

On 2 March 2010 human rights activist Sergey Zaykov slapped Viktor Kress, the governor of the Tomsk region, in the face when he made his report back to the electors. Zaykov explained his behaviour by owing Kress a grudge. Before the elections in 1999 the police broke into Zaykov’s flat and under the pretext of searching for explosives seized political campaign leaflets of a rival candidate.

The court sentenced Zaykov to 2.5 years of prison. The harsh verdict was called inadequate and caused rallies in Zaykov’s support both in Tomsk and across Russia.