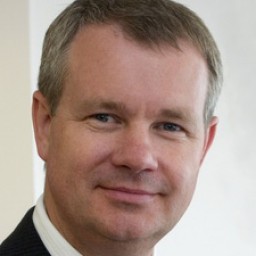 Born 19.02.1951. Higher education. He graduated from the chemical-technological department of the Leningrad Institute of Cinema. He served in the Army; worked as a lab assistant and photographer in the Chamber of Commerce; was one of the founders of the Information Agency IMA-press. In 1999 he defended his thesis in social sciences department at MGU (Moscow State University). In 2003 - first deputy chairman of the Committee, since 2004 - Chairman of the Committee.
Source: www.akzia.ru

Vladimir Makarov came in view of the media in 2004 when he became the main Moscow advertiser. The official reports directly to the mayor, and supervises activities of two state-owned unitary enterprises: "Urban advertising information", and "Advertising on transport». By various estimates, outdoor market in Moscow is estimated at 20 billion rubles a year. According to the “Ogonyok», media mogul Rupert Murdoch and former member of the Federation Council of the Chechen Umar Dzhabrailov are behind the outdoor advertising in Moscow. Source: Journal «Ogonyok» 15 (5093) on 24/08/2009

The first searches of the Committee for advertising began in September 2008, when the Investigative Committee opened a criminal case under article 293.ch.1 Code (negligence) in respect of the first deputy of Makarov - Alexander Menchuk. Investigators suspect an official in damaging the budget of Moscow. The point was that the structure of the company News Outdoor owned by Rupert Murdoch in 2002-2007 did not advertise the Moscow Association of Chemical Industry (Assohim). Under the contract News Outdoor was to place advertising on the 300 booths provided by "Assohim" in exchange for rent discounts for installation and usage of advertising boards. But in five years no advertising from chemists had been received - "Assohim"advertising simply did not exist. News Outdoor had to place on the boards other advertising.

It is noteworthy that immediately after the Investigation Committee became interested in the story, the Committee on Advertising filed a lawsuit for News Outdoor. First the public body headed by Makarov tried to recover from the Company "News Autdor" 382,7 million rubles, and then reduced its claims to 242.8 million rubles. It was surprising that Makarov had reduced the amount of the claim so easily, as it was extremely rare in legal practice. The court rejected the claim of the Committee. A similar decision was made in the Arbitration Court of Appeal. The investigation team was headed by Mikhail Tumanov - famous for the "Yukos case".
Source: "Kommersant» ? 194 / M (4249) on 19.10.2009, "Izvestia" of 12.09.2008

But soon the prosecution of the official was discontinued (the fate of Menchuka was successfully resolved after his criminal case got into the hands of Chief of the Investigative Division Oleg Pipchenkov, classmate of Menchuk). Menchuk returned to work and took the post of chairman of the Committee on Advertising. Makarov by that time had been on a trial.
Source: The Age. En "from 11.11.2009

By the time only one official from the Moscow Committee on Advertising had been brought to punishment for a crime. Igor Gavrilov, head of the urban commercial sector was sentenced to 3 and 5 years of imprisonment for "attempted fraud". The court found that Gavrilov had extorted from the company "Optiline" 500 thousand dollars for keeping a contract for video screens installation to broadcast commercials on the streets of Moscow. He told businessmen that he had been acting on behalf of the chairman of the committee, Vladimir Makarov, and his deputy Alexander Menchuk who, as it turned out during investigation, had been "unaware of his criminal intentions." Manual "Optiline" applied to the FSB.
Source: www.GZT.ru on 24/11/2009

In December 2008, a criminal proceeding was instituted against Makarov on Article 286 part 3 of the Criminal Code "abuse of office". The investigation was also led by Tumanov. First, Vladimir Makarov was targeted in the case as a suspect. But on August 19, 2009 Basmanny court in Moscow ordered the arrest of Makarov. The official was charged of using powers of the Moscow government in 2004-2007, and giving unfoundedly a 50-percent discount for the placement of commercial advertising to firms "Mosgorreklama" and "Capital-M» which had already controled about 80% of the capital market of transparency banners.

Those firms concluded a five-year contract for the manufacture and placement of banners to display of social advertising. As compensation of their expenses the firms received a 50% rebate on the rent of those constrictions, as well as permission to be placed on banners custom-made for the Moscow government and commercial advertising. According to investigators, then the state suffered a damage amounting to 131 million rubles. Sources close to the investigation said in the press that Makarov had received financial reward from the owner of 50% stake in «Mosgorreklama" and "Capital-M ", the Moscow City Duma Deputy Sergei Turta (the second part of the shares was owned by company News Outdoor).
Source: Skandaly.Ru, 05.02.2009

Makarov pleaded not guilty saying that all financial transactions had been conducted on transparent schemes, and he had signed the contract on behalf of Valery Shantsev, a former vice-mayor of Moscow - in 2004 he supervised the Committee on Publicity (now Nizhny Novgorod governor). When interrogated Shantsev at first said that Makarov had persuaded him to put the resolution to the document, and then he said that the subordinate had led him astray.

Lawyers of Makarov filed an appeal for his arrest, and demanded to release their client on bail. But the court dismissed the request referring to some anonymous message that Makarov had already bought a ticket to Tel Aviv, and could have escaped from the investigation. It was known that the official had business visa to the UAE and some real estate in that country. By the way, if Makarov had escaped abroad, it would have been a powerful blow to the Moscow mayor. In addition, investigators believed that Makarov while at large could interfere with witnesses in the criminal case. Basmanny Court received audio recordings of telephone conversations of Makarov and the deputy Turta — the deputy instructed the official on evidence he should have given to the investigators. Makarov called thу пшмут information a "clear provocation".

Moscow Mayor Yuri Luzhkov, and 16 State Duma deputies from «United Russia" among them journalist Alexander Khinshtein and singer Iosif Kobzon stood up for Vladimir Makarov. The participation of those people protecting Makarov was not accidental. They said Vladimir Makarov had obtained the post of the head of the Committee on Publicity precisely thanks to Kobzon who had been co-owning an advertising company VestDiaMedia. Moreover, before his arrest Mr. Makarov provided a book by Hinshtein "The whole truth about the crisis" with advertising under the guise of social one.

On February 15, 2010 Makarov was released from custody under the personal guarantee of chairman of the Moscow City Duma Vladimir Platonov, and he already went to work on the day after. According to lawyers of Makarov, the criminal case consisted of 150 volumes, but it was unlikely to get to the court because their client had "acted within the law."
Source: www.Gzt.ru on 12/02/2010