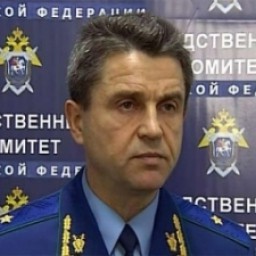 He was born in 1956 in Chelyabinsk. In 1985, he graduated from the Moscow State University of M.V.Lomonosov, degree in journalism.

In 1985-1986, he was a correspondent of the Evening Chelyabinsk newspaper

In 1986, he moved to Moscow and was a host of the Time, Events, People and Man and Law programs on the All-Union Radio for five years.

In 1991, he moved to the Soviet Central Television and was the author and presenter of TV programs, including a Career talk show, during six years.

In 1997-2000, he worked in public and state structures: duties of the Director of Public Relations of the Reforma International Fund, the first Deputy Minister of Press and Information of the Moscow region.

In 2001, he returned on television as a producer. At first he produced the informational broadcasting on NTV Channel, then - on Russia TV channel.

In 2004-2007, he was Director of Public Relations of the Intelligent Technologies Foundation.

From 2007 - Head of Media Relations of the Investigative Committee of the Russian Federation.

From January 2011 - Head of media relations of the Investigative Committee of the Russian Federation.

For 2011, Markin took 9th place in the ranking of Medialogia “Top-50 persons of the year by informational favor index”. In 2011, he was recognized as the newsmaker of the year according to the results of the Moscow competition of journalists MOSCOW MEDIA 2011. He is the winner of the award “Bright Past-2011” established by the Government of the Chelyabinsk region and the fund of Oleg Mitiaev. He has played the role of himself in the IC and Pyatnitsky.Chapter Two TV live-action serials in 2012.

From 2006 to 2009, Markin studied on an individual plan at the Moscow Institute of Economics and Culture (IEiK), graduating with a degree in law.

In July 2011, it was announced that Markin was going to participate in the elections to the State Duma of the sixth convocation from the United Russia party. He wasn’t a member of the party, however, he took part in the primaries to participate in its list of the All-Russia People’s Front (ONF) in Volgograd. In this regard, human rights activists announced that Markin’s nomination was contrary to the law “On the Investigation Committee of the Russian Federation”. After their appeal to the General Prosecutor's office Prosecutor General, the office, in turn, issued an order to the Chairman of the Investigative Committee, asking to impose Markin disciplinary penalties. The Investigative Committee refused to punish Markin, stating that the ONF was a public and not a political organization. According to the results of primaries in Volgograd, Markin took the 13th place out of 114.

In the autumn of 2011, on the basis of the prosecutor's investigation, Rosobrnadzor demanded to cancel the decision on certification of Major General Vladimir Markin as a lawyer. The officials claimed that the procedure of issuing the diploma was violated through student Markin’s fault, but details were not disclosed.

The main complaint of the investigators was that the university allegedly trained “rash” lawyers: applicants, who paid education, were at once enrolled in the 2nd or even 3rd year; students received grades and credits without attending classes. Prosecutor General's Office said that it would seek cancellation of three hundred diplomas of the graduates, but actually only three graduates were under the “cleaning”.

In its decision, the official refers to Paragraph 4 of Art. 7 of the Federal Law “On Higher Education”. It says that a qualification may be revoked if the procedure of issuing the diploma is violated by the student’s fault. It is not stated in the order what exactly the student Markin has violated.

The law degree has a special significance for Markin: according to the law, generals ' titles is only assigned to SKR (the Investigative Committee of Russia) employees with higher education in law. If there is no diploma, then there are no the straps. Before heading of the press service of the SKP-SKR, Markin had no relation to the law enforcement bodies.

The media managed to get acquainted with the results of the investigation in the IEiK. They imply that Markin was enrolled at once on the 4th year, although he had only a single contiguous subject - soviet law - at the journalistic faculty of the Moscow State University. Secondly, in just one day, on May 26, 2007, Markin managed to pass in succession six exams and 11 credits.

In the personal card of the student number 071303, filled while entering, Markin specified in the “work before ...” column, “the Investigative Committee of the Russian Federation”. The trick is that the SKP was born in September 2007. But the card was fulfilled a year before, on September 26, 2006, when no one dreamed of creation of SKP.

In December 2011, it became known that the order on recognition of the Markin’s diploma invalid was canceled by the order of the Meshchansky district court, and at the end of the month accreditation and license IEiK have been restored.

A conflict between Dmitry Medvedev and the leadership of the Investigative Committee inflamed. On December 7, 2012, Medvedev talked with representatives of five channels about a search at the director Pavel Kostomarov. The prime-minister made it politically correctly clear that he didn’y understand why the investigators had visited Kostomarov early in the morning to take the materials on the Bolotnaya case (the riots in May 2011), which could have been reclaimed officially.

After the conversation Medvedev said about the investigators sharply: “They are gits having come at eight in the morning ...” These words got on the air to the Russia Today channel, which broadcast the premiere’s conversation with the journalists on YouTube.

In response to the Prime Minister, Vladimir Markin said that the investigators behaved correctly, and “in this context it was very strange to hear the comments not only insulting the investigators of SK of Russia but also undermining the authority of all law enforcement agencies of the country”.

The apearance of the comment caused, in its turn, discontent in the government. Putin's press secretary Natalya Timakova called Markin and offered to disavow his words.

Markin himself didn’t confirm the fact of the conversation but he said, “I defended the honor of the investigators of the Investigation Committee and all the law enforcement agencies. However, I did not offend anyone and did not say anything offensive. So, I do not think it is necessary to give up my words”.