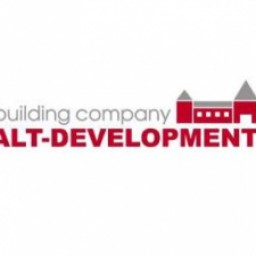 Bio:
Vladimir Pereverzev was born in 1966.
In 1994 - 1997 he was the deputy chairman of  the board of directors of Informprogress design office.
In 1997 he was the direcor-general of  Alt Corporation public company.
Pereverzev is married. In 2002 his son Timur joined the department of economics at the Moscow State Institute of International Relations.
At the end of 2010 Pereverzev's wealth was estimated at 0.27 billion dollars. He owned  about 24.5 acres of land area in the suburbs of Moscow, near Mozhaiskoye and Novorizhskoye highway.
Sources: RusLeaks

In 2005 Moscow authorities started upgrading  the fifth block of  Kitay-gorod district. In  Nikolskaya street, Bolshoy Cherkassky alley and  Bogoyavlensky alley it was planned to build three hotel complexes in the total area of 115 thousand square metres. Initially, the only customer of block upgrading was Alt Corporation, however, financial records under date of 19 March  2008 say that  customers and investors  were  Tempstroy  federal grid company  engaged in  building Sheremetyevskoye Podvorye  hotel complex that had an area of 28 500 square metres, and  Olga closed company engaged in construction of tourist complex that had an area of 42 000 square metres. Two other projects  were also reclaimed from  Alt Corporation since the company failed to settle  compensation issues with owners of the premises in Kitay-gorod, which led to delay in the construction. Initially the investor planned to complete  the project by the end of 2006. However, the company had some troubles in approving the design as there are a lot of historic structures in the area. The City Council had to postpone reconstruction to the end of 2009.
Source: asninfo.ru, 28 June 2009

In summer 2009   Chizhevskoye podvorye, one of the projects on restructuring Kitay-gorod, was partially bought out from Alt Corporation  by VTBC-DB Real Estate Partners I LP real estate fund  for about $ 42 million. Pereverzev, however, still owns a land bank in the suburbs of Moscow and Stella del Mare Resorts bathing-place in the Bar town of Montenegro. Total area of the bathing-place is 247 thousand square metres.
Source: Kommersant, 30 July 2009

According Finance magazine, in 2011  Vladimir Pereverzev was significantly downgraded in the richest  list of Russian businessmen. He was ranked 347, while in 2010 he was ranked 281 and his wealth was estimated at 8.2 billion rubles.
Source: Finance, 14-20 February 2011