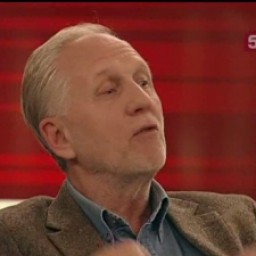 Vladimir Semago was born on January, 10, 1947 in Harbin. In 1965 he entered the department of correspondence studies at Moscow Civil Engineering Institute (MISI) named after Kuibyshev. He spent a year as a contract worker in construction unit in the army in Kazakhstan. In 1966 he was admitted to the MISI Faculty of heat and gas supply, from which he graduated in 1973. In 1979 he graduated from the evening department of the All-Union Academy of foreign trade with a degree in international economy. While studying at the MISI he played on the Instute’s KVN (Club of the Funny and Inventive) team together with Gennady Khazanov, future People's Artist of Russia, Leonid Yakubovich, a popular TV host, and Artem Tarasov, first official Soviet millionaire.

In 1973-1977 he worked at construction sites in the suburbs of Moscow as a master employed by Mosoblstroy.

In 1977 he joined Goskominturist in Capital Construction Management, where he participated in the construction of hotels conducted together with foreign companies. He supervised construction of the hotel Cosmos, Baltic, Dagomys, and Yalta.

In 1977 he joined the Communist Party.

In 1979 he became Deputy CEO of the Moscow Solnechny hotel complex. In 1981 he was dismissed under Article 254, part 1 of the Labor Code (single gross violation of labor discipline).

In 1981-1983 he was an accountant in settlements with foreign tourist companies of England, Australia and New Zealand in the commercial management department of Goskominturist.

In the years 1983-1986 he was deputy chairman of Domodedovo District Consumers Union on Construction.

In 1986-1987 he worked as chief engineer of the united directorate for construction of facilities in the State Committee on Science and Technology of the USSR Council of Ministers.

In 1990 he set up a joint venture Moscow Commercial Club.

In 1992 he took part in the establishment of joint-stock company Ecology and Energy Supply and became a co-owner of a building structures manufacturing enterprise.

In 1993 he joined the Communist Party.

In November 1995 he was elected by the State Duma to the National Banking Board of the Central Bank of Russia and became chairman of the board of directors of Rosbiznesbank.

In 1997-1998 he founded and headed the State Duma Commission on involvement of government officials and bodies of state power of regions of the Russian Federation in corrupt activities.

In 1998 he starred in Stanislav Govorukhin’s Voroshilovskiy strelok (The Rifleman of the Voroshilov Regiment).

On February, 17, 1999 he became member of the State Duma Committee on International Affairs.

In 1999 he co-produced and was a leading actor in The Moment of Truth based on the novel by Vladimir Bogomolov.

In April 2004 he was excluded from the Communist Party upon the decision of the primary party organization, with which he was registered.

On June, 16, 2006 he was elected to State Duma of the fourth convocation as member of United Russia.

Since 2007 he has been an expert with the Accounting Chamber of Russia.

In February 2010 he became host of Economica po-russky (Economics in plain Russian) broadcast on www.rusnovosti.ru.

His wife, Olga Valentinovna Myasnikova, graduated from Moscow State Institute of International Relations. She worked as an editor of the Moscow Film Festival, the magazine Sovetsky Ekran (Soviet Screen) and Sputnik kinozritelya (Satellite to moviegoers). In the years 1984-1988 she was co-owner of Indian companies.  Left work in 1988 and has not worked since. The couple has a daughter and a son. Son Danil Semago since 2010 has been a TV host in V zone osobogo riska (in the area of ​​substandard risk).

In 1995, just after the death of Ivan Kivelidi, banker and president of Russian Business Roundtable association, Vladimir Semago, State Duma deputy from the Communist Party, was invited to fill the position of the chairman of the supervisory board of  Rosbiznesbank established by Kivelidi. Semaga’s connections were supposed to help bring certain funds to the bank. But his connections did not help. In 1996 Rosbiznesbank was in the red. The situation did not improve in 199. According to various estimates, the hole in the bank's balance sheet amounted to 10-50 million dollars. Rosbiznesbank owed Most Bank more than 5 million dollars out of the mentioned sum.

Semago firmly established reputation of being one of the first communist movement financiers of the modern Russian. He was a businessman, a banker, who started his business in 1988 when a commercial club pened in the capital. And all this he combined with a highly extraordinary political views and positioning himself as an active member of the Communist Party faction in the Duma. Existence long conquered the consciousness: party members were unusually tolerant when it came to the interests of business. They made allowances for his openly capitalist manners in daily life such as a Cadillac as everyday means of transportation, clothes from French boutiques, a good hairdresser, and the upright party indiscipline. But when time came in 1998, Vladimir Semago had to pay for everything. He was asked to leave the party and the faction, politely but very persistently.

In 1998 after leaving the Communist Party, Semago engaged in the revival of New Left movement that was registered in 1990 but was stalling in "a lethargic sleep" for seven years. He summoned a group of founders of the forgotten movement and urged them to prepare a recovery Congress. He promised that each member of the organizational committee would be paid a thousand dollars.

Semago promised not only to hold the Congress, but also to make a grand show at the Palace of Sports in Luzhniki, which he stuffed with a crowd of students. There was even a budget of 431.000 dollars drawn up for the show. In addition, Semago assured that he would go asking the oligarchs, his friends as he claimed for another 6-8 million dollars to set up a New Left media agency.

None of this happened. New Left movement eventually became disillusioned with the possibilities of the eminent deputy, scolded him for outright bragging, and did not elect him to be their leader. Michael Malyutin, political scientist, was leader of the movement and Alexander Abramovich was his colleague, number two man in the movement.

In addition, Abramovich sent a statement to the Attorney General’s Office demanding to initiate a criminal case against Semago over threatening to murder. The grounds for the appeal to the prosecutor’s office was that Semago threatened to "tear apart" Abramovich, and told him: "My assistant Vaksman (activist in the fraternity of Russian Germans, a tough guy who shaved the back of his neck) has decided to physically control all your activities."

In 1999 Vladimir Semago decided to participate in the project of a Belarusian-Russian film V avguste 44-go (In August of 1944). He even got the part of Lieutenant Colonel Kulikov. A year later there was a scandal around the film. Financial scams left artists and all those involved shootings without pay. Tan years ago Vladimir Semago was one of the founders of the Moscow Stoneworking Plant (MKK), but he abstained from involvement until 1998. However, when filming began, Semago came to Konversbank and said he was the CEO of the MKK. As a result, he was given a loan of 500 thousand dollars, which he initially transferred to the film company account. But one day later the entire amount disappeared. When Konversbank demanded that the film company return the money because all paperwork stated it as the borrower, Semago disappeared. And despite the fact that the budget for the film was very large, neither the actors nor the staff, not even Bogomolov, the author of The Moment of Truth, did fully receive wages.

In 2003 the media reported that Vladimir Semago allegedly divorced his wife Olga Myasnikova. The reason for the divorce, according to the rumoures, was the multitude of affairs that Semago had had. Earlier Myasnikova did not pay attention to his affairs, but when Semago began to openly appear in public with this or that model apprentice, his wife’s patience snapped.

According to the media, almost all property acquired during the marriage went to his wife, including the restaurant in Taganka and the stake in Rosbiznesbank. It was believed to be a fair division as Olga Myasnikova had always been more of a business person in this marriage. She was also the one to introduce Semago to politics.

In June 2006 Semago became a deputy of the Duma from the party United Russia. Semago was not elected during the 2003 elections. But in accordance with the law, in the case of early termination of a deputy elected on the party list, vacant seat passed on to the next candidate on the list of the party or its regional parts, who did not make it to the State Duma. In the pre-election list of United Russia Semago followed Pozhigaylo, so he got to the vacant seat. At the meeting of the Central Election Committee of Russia he was given the mandate formerly belonging to Pozhigaylo, who was recalled by United Russia.

In 2007 Semago made the following statement: "I ask you to give me Venezuelan citizenship, since it seems to me that Russia is experiencing a certain crisis, the lack of a normal sane people who could actually do something ... At the same time we have absolutely unintelligible personnel policy. I do not understand at all, how all government agencies are formed. Also, I do not like current political situation. I am a sane man, and I understand in what direction we are moving ... I have decided to offer my humble services to President Hugo Chavez. In my opinion he is engaged in serious business of building socialism in Latin America, why not help an intelligent man? ".

In September 2010 Vladimir Semago demanded that the party United Russia included him in the list of candidates for the position of mayor of Moscow. In case of disagreement, he threatened fellow party members with a lawsuit.

In his statement, he wrote that the party has no reason not to include him in the list. Semago reminded of his merits, and in particular that he had already run for mayor of the capital in 1999, but withdrew in favour of Yuri Luzhkov. He also said that he had a program to address the "urgent issues of urban agriculture."

His claim was rejected due to the fact that the list of candidates for United Russia already had seven people on it.

In September 2010 Vladimir Semago was arrested in the centre of Moscow for crossing double solid lines in Bolshaya Nikitskaya Ulitsa. Another offence that had to be added to gross violations of traffic rules was the fact that the former State Duma deputy did not have documents for the car Audi TT which he drove.