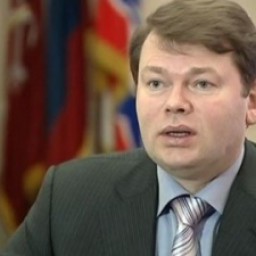 1990 graduated from Leningrad Institute of Engineering the Aircraft Equipment

1995 graduated from the High School of Ministry of Internal Affairs.

December 1999 head of the criminal investigation department of militia of St. Petersburg and Leningrad Region

October 2003 head of criminal militia and first deputy head of GUVD 14 November 2006 the head of militia of St. Petersburg and Leningrad Region

Medal for brave service in the Ministry of Internal Affairs

Medal ‘200 years of the Ministry of Internal Affairs’

Medal for excellent service in the Ministry of Internal Affairs

PhD in Law. Meritorious lawyer of the Russian Federation.

General-lieutenant of militia (7 November 2007). The president of

During the trial of ex-deputy of the Legislative Assembly of St Petersburg Yury Shutov details of an old story with carjacking were revealed. In 1998 wealthy citizen of Petersburg Alekseev was carjacked at gunpoint. His car cost approximately $80.000. Later he received a telephone call. Someone asked him to sell document for the car. The victim went to the police and at the moment of deal the buyer of documents was arrested. He turned out to be Vladislav Piotrovsky's personal driver. He said that he had been looking for a car for his boss - at the time Vladislav Piotrovsky was the head of the organized crime control department of militia of St Petersburg and Leningrad Region. Piotrovsky came on short notice. His involvement was excluded from the case, although the episode with carjacking remained in the proceedings.

In 2001 department N7 of St Petersburg organized crime control of St Petersburg militia worked with a Yuriy Gamilko (Yuriy Vsevolozhsky). He was put under telephone surveillance. While talking to his associates he mentioned repeatedly that he negotiated with Piotrovsky the terms of his case closure. Once he asked a certain subscriber where he was to bring the timber for Piotrovsky's country house.

Piotrovsky was even questioned about this case. He said he had never heard of neither a cottage house, nor timber, no Yuriy Vsevolozhsky.

This is not the only case when Piotrovsky's name is mentioned with reference to criminal persons. Nevertheless he became the second man in the city police. His first action at a new post was to deliver a blow on the organized crime control department of the city police. Once the best in Russia (and often a model for other departments across the country) its performance now is probably the worst in the country.

The case of the Bratsk gang was among the brightest moments in career of Vladislav Piotrovsky. The gang of killers was caught by St Petersburg police in 2004. They were responsible for the series of assassinations committed at the end of the 90s. The assassinated included godfather of the Almetyevsk gang Pavel Kasaev, brigade's commander of the Kazan gang Rustam Ravilov, leader of the Tambov criminal group Yan Gurevsky, general director of Northwest Customs Terminal Konstantin Yakovlev. Members of the Bratsk gang were also accused of numerous robberies, abductions, extortion and armed assaults.

Bratsk gang godfather Oleg Makovoz (who also headed Foundation for humanitarian programmes «North-West» and private security company «Strong») was networked with Tyrick a former kingpin who had become the influential Siberian businessman. In St Petersburg Makovoz cooperated with legendary Roman Tsepov, the director of elite security company «Baltik-Export». Since Sobchak's time he was a privileged partner of St Petersburg police. He was connected with Vladislav Piotrovsky, at the time the head of the criminal investigation department. Through Tsepov Makovoz established behind-the-scene connection with Piotrovsky. The gang was in heyday.

Soon the problems came. As a result of the commercial conflict between Makovoz and Tsepov, the latter became a target of unsuccessful assassination. The investigation and further annihilation of the Bratsk gang was conducted by Piotrovsky. During the questionings and investigation the evidence appeared about Makovoz's informal connections. That is why the success of the police was given little publicity. At present there are bargaining with Makovoz about his court testimony against Kumarin-Barsukov on the side of prosecution.

In April 2005 the deputy of the state Duma from Rodina party fraction Oleg Shein petitioned the head of presidential secretariat Dmitry Medvedev and the minister of internal affairs Rashid Nurgaliev. The MP claimed that the person who supported Vladislav Piotrovsky was well-known Roman Tsepov, a power broker behind the law-enforcement agencies of St Petersburg.

In 1992 Tsepov founded the security firm "Baltik-Export" which provided security for high-profile  officials of Saint Petersburg including Mayor Anatoly Sobchak and his deputy Vladimir Putin (the later knew Tsepov very well). Tsepov had ties to minister of internal affairs Rashid Nurgaliev and to head of the security of the president General Viktor Zolotov. Tsepov was said to influence nominations in the city police and city FSB. All reshuffles in the laws-enforcement agencies were coordinated with him.

Tsepov is said to invent the price list for "mentioning in the presence of the president", "oral  commendation", "positive reference" and all-included nomination. Tsepov went too far and was killed. But many owed him a career. Leaders of the Tambov organized gang and head of the security of the president General Zolotukhin were all present at the funeral service in Saint Prince Vladimir Cathedral. Vladislav Piotrovsky was also there (the papers for his generalship were already in the special folder on the table of Putin and he later signed them).

Frunzensky Wholesale Fruit and Vegetable in St. Petersburg warehouse was raided by criminal leader Mikhail Sliozberg (aka Misha Kupchinsky, wanted). The warehouse's owner Semen Shubik went to the head of the city police Vladislav Piotrovsky and asked to help. Piotrovsky sent Shubin to the deputy head of the organized crime control department Vladimir Sych who in his turn sent Shubik to his subordinates Aliev and Borovitsky.

Later all three - Sych, Aliev and Borovitsky - were under criminal proceedings, initiated by Russia's Investigative Committee. According to the investigators, Aliev and Borovitsky, following Such's orders, took the samples of signature from Shubik and handed it to the criminals.

In 2009 the media reported that deputy head of the organized crime control department Vladimir Sych, arrested on charges of conspiracy with the raiders, gave evidence about close ties between the leaders of the Tambov gang and the head of the city police Vladislav Piotrovsky. It had been rumoured that when the police arrested the group of killers, who tried to assassinate Barsukov himself, Piotrovsky organized their meeting in the prison "Kresty".

The land plot (West Litsa, Vsevolozhsk) which many believe to belong to Piotrovsky is considerably large. It's 3 times larger than that of the ice-skater and deputy of the Legislative Assembly of St Petersburg Evgeny Plyuschenko. The house is built with red brick and consists of 2 stories, below-ground level and a mansard roof. The plot is approximately 1.2 hectares in square. One can see a mini-bus in a photo. It belongs to a landscape design company. The price for such works (for VIP clients) is at least $ 30.000.

All of a sudden the head of St. Petersburg police Vladislav Piotrovsky has become the richest policeman in the country. His income in 2009 was over 23 million roubles ($0.8 million), according to his tax return. The official explained he got money from the property sale. He said to the media: “The source of the money is very mundane. They come from the property sale. I sold the flat which I inherited from my parents and the house in countryside. Everything is on the form, including the bank accounts”.

Piotrovsky countryside house is a well-known place. It is situated in a guarded élite village Western Litsa in Vsevolozhsk district of Leningrad Region. Piotrovsky neighbors include top St. Petersburg footballer Aleksandr Kerzhakov and other respectable people. The village is nicknamed Rublevka of St.

Petersburg (after Moscow’s Rublevka high-way, a prestigious residential area for the rich). In 2007 Piotrovsky’s country house cost approximately $1 million. The price for dwelling here is more than 52 thousand roubles (1700$) annually. It is reasonable that the head of Petersburg police decided to cut the expenses. But people still meet Piotrovsky in Western Litsa. He has not moved and the house is at his full disposal. Then, what sale has brought millions to Mr Piotrovsky? Police press-office say that all the information can be found in the tax return. Indeed the property is on the list: 3 land plots, countryside house, flat, datcha and garage. One can guess how much all this cost.