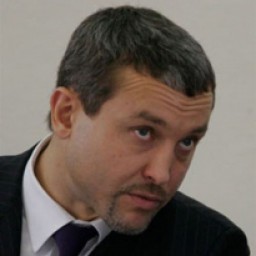 Since 1998 he has been the main beneficiary, one of the founders, and chairman of the board of directors of the SOK group.

According to the estimates of the Finance magazine, in 2010 Yuri Kachmazov ranked 126th in the list of richest Russians, his assets worth 26.5 billion rubles. In 2011 Volgomost JSC was the only major asset of the SOK group, with more than 35 billion rubles of long-term (up to 2014-2015) orders.

Yuri Kachmazov is married and has three children. His wife’s name is Ilona.

The active phase of the group’s formation began in 1997 when the founders of the SOK gained control over the finances and marketing of Plastic JSC. At the same time the group worked its way into AvtoVAZ carrying out a vertical integration.

In the same 1997 the owners of the group began to look closely at security officials. This was prompted by lieutenant-general of the FSB, Vladimir Bolshakov, honorary vice-president of SOK group. In Samara region the group contacted with the head of regional Tax Police, General Yevgeny Grigoriev, and chief of the regional FSB, Viktor Evtushenko.

In October 2006 after Viktor Tarkhov became mayor of the city, 7 SOK group members became officials of the Samara mayor's office.

On March, 29, 2005 SOK group publicized an official memorandum for the first time disclosing the official information about the owners of the group. The memorandum stated that the group is owned by its top managers; and its founder, Yuri Kachmazov, is the major beneficiary of the company.

Owners of the SOK group were veiled by hundreds of companies established in Samara, Syzran, Izhevsk, Dmitrovgrad, Uglich, Moscow, and the British Virgin Islands.

Top managers of several automobile plants that collaborate with SOK group estimated that Mr Kachmazov owns at least 70% of the holding.

Yuri Kachmazov is one of the most mysterious people in Russian business. He never gave interviews and rarely spoke publicly. Not all top managers of Russian car plants that did business with SOK knew Yuri Kachmazov in person.

On December, 9, 2005 the Moscow office of SOK was subject to seizure of documents. The official reason for this was the two criminal cases filed during the operation at AvtoVAZ held by the Minister of Interior of the Russian Federation, FSB and Prosecutor General's Office. One of the cases was initiated over embezzlement. The second concerns tax dodging by AvtoVAZ, tax due reaching 230 million rubles. Officials of the law enforcement agencies did not comment on how the investigations are linked to operational activities in respect of the SOK group.

According to media reports, the aim of operational activities was for the state agencies, which now control AvtoVAZ, to force SOK to terminate a supply contract for spare parts for VAZ cars that was such a burden for the plant.

On April, 15, 2009 SOK group sold 74.786% of the plant’s shares to top management of the plant including the CEO, Michael Dobyndo. At that time a Cypriot company Shonapol Investments Ltd, that promoted interests of the SOK group, owned the rest of the shares.

Izhmash Plant, controlled by the Russian Technologies State Corporation, has acquired a large stake in IzhAvto. According to some reports, Samara SOK group sold 24,7% of the shares.

Until now Sberbank, the main lender of the plant, was the main contender for IzhAvto. Izhevsk car factory, the debts of which ran over 11.3 billion rubles, became part of the car holding created by the Russian Technologies State Corporation. The holding was based on AvtoVAZ, KAMAZ, and other industry enterprises.

In spring 2009 the Chairman of the Accounting Chamber, Sergei Stepashin, questioned the legality of the 75% of IzhAvto shares sale by the SOK group. After the transaction, 75% of IzhAvto stakes belong to the plant’s subsidiaries (Izh-Komplekt Ltd, Gross Ltd, and Noreks Ltd), thus making ownership cross-hatching. The plant is actually controlled by its top management, including the CEO, Michael Dobyndo.

The plant itself has been virtually shut down; its debt ran up to $ 300 million. At the time when the information about the deal came through, a majority of IzhAvto equities had already been used as collateral in Sberbank.

German Gref, president of Sberbank, promised to urge for prosecution of the IzhAvto owners, SOK group. "The company has not paid up the loan, as a result the company is on the verge of bankruptcy. We actually took over management of the company,” said Mr Gref.  “Of course, these people will not get away with the fraud. I think that they will find it difficult to do business in this country."

In September 2010 Sberbank filed a claim to the General Prosecutor's Office and SOK group faced charges of deliberate bankruptcy of IzhAvto.

An audit showed that SOK group that owned the plant intended to sell the distressed assets to AvtoVAZ in late 2009. However, the agreement was canceled because of the conflict that arose between the parties. The group sold 75% of the shares in the plant to its top management. At the same time the company introduced supervision. As a result, in March 2010 Court of Arbitration of Udmurtia region ruled IzhAvto bankrupt.

According to experts, the struggle for IzhAvto assets with AvtoVAZ was a massive blow to the group. In this struggle the owners of the SOK group "faced serious opposition from a group of people who were well-connected in the government."

On February, 14, 2011 Ministry of Internal Affairs investigative committee reported that the principal owner of Samara SOK group, Yuri Kachmazov, was on the federal wanted list. He and several other managers of the IzhAvto plant faced charges of bringing offshore part of money loaned from Sberbank in 2008-2009. In addition, trade balance (cars) was also withdrawn from IzhAvto and the entity itself was subsequently sold and driven into bankruptcy. The embezzlement totaled to 6.7 billion rubles. The criminal case was filed under Art. 196 of the Criminal Code (deliberate bankruptcy). Not only Mr Kachmazov made the Federal wanted list. Among others on it were former CEO of IzhAvto, Michael Dobyndo; Andrei Frolov, Yuri Amelin, and Eugene Strahov who were top managers of the plant and members of the SOK group.