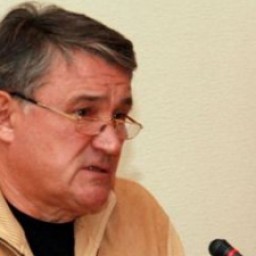 Yury Vorobyev (born 2 February 1948, Krasnoyarsk) graduated from M.I. Kalinin Krasnoyarsk Institute of Nonferrous Metals in 1971. He holds a degree in Metallurgical Engineering. In 1992 Vorobyev graduated from the Russian Academy of Public Administration. He is a PhD in political science.

1990-1991 director general of the Krasnoyarsk Foundation for Small Business Development, Socioeconomic Reforms and Foreign Economic Ties in the Field of Small Business

1991-1994 first deputy head of the State Committee for Civil Defense, Emergencies, and Liquidation of the Adverse Impact of Natural Disasters

2007 member of the Federation Assembly of the Russian Parliament, representing the legislature of the Vologda Region

Active state councilor of the Russian Federation of the 1st class

Order of Merit for the Fatherland of the 4th Class (1995)

Order of Merit for the Fatherland of the 3rd Class (2000)

Vorobyev is married. He has two sons and grandchildren.

It emerged in May 2007, that Andrei Vorobyev is a cofounder of Russian Sea Group, one of the largest fish and sea products distributor in Russia. Until 2002 Vorobyev owned 60% of shares in the same company (at the time it was closely held corporation). “I had sold my stake to my brother Maxim before I headed the Foundation in Support of the United Russia in 2002,” Vorobyev said.

Nepotism is rampant in the United Russia party, the critics say. For instance, deputy minister of the emergency situations Yury Vorobyev, old friend of one of the founders of the party Sergei Shoigu, sits on the board of the General Council of the party. His son Andrei Vorobyev is a deputy head of the United Russia faction in the parliament and also sits on the board of the General Council. A daughter of prominent minister Shoigu, Larisa, is a member of the UR faction, along with the son of Shoigu’s old friend.

Vice speaker of the Federation Assembly Yury Vorobyev is a father of one of the United Russia functionaries Andrei Vorobyev, who declared the income of 2.5 million ($83,000), Mercedes and Silver yacht. Vorobyev Senior is a former employee of the Ministry of Emergency and Sergei Shoigu’s friend. He owns a piece of land in Russia of 20,000 square metres.

According to the survey, the majority of state officials have higher education. Almost half of them, 257 people, have earned PhDs. The Russian equivalent to PhD - doctor nauk - is rewarded only for outstanding contribution to the Russian science.

Two dissertations were classified, and thus cannot be published. These papers are like twin-brother, both appeared in 1996: one was written by unsinkable minister of the emergencies Sergei Shoigu, the other by his former deputy Yury Vorobyev, who is a vice speaker of the Federation Council. Both their contents and their titles are quite similar. The first one is called Organizing State Administration when Forecasting the Emergency Situations in Order to Offset Negative Socioeconomic Effect, the second Seismic Security of Russia and Development of International Cooperation in the Field of Offsetting Negative Sociopolitical Effect of the Natural Disasters.

Both papers are available in the Dissertation Room of the Russian State Library.

Under Sergei Shoigu, a NGO, called the Russian Union of Rescuers, was set up. According to SPARTAK-Interfax database, the union was set up by a group of natural persons, including former deputy minister of emergency situations, and now vice speaker of the Federation Council Yury Borobyev. The union owns a network of private companies, engaged in fire and dangerous industries security. For instance, the the Russian Union of Rescuers, Rossoyuzspas, established Servis Bezopasnosti LLC with 33 regional offices, Servis Pozharnoy Bezopasnosti with 22 regional offices and Servis Bezopasnosti na Akvatoriyakh.