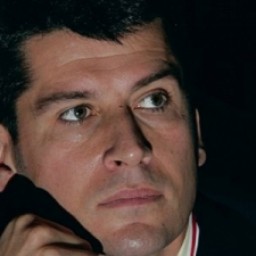 Ziyavudin Magomedov was born in 1968 in Makhachkala.

In 1993 he graduated from the Economics Faculty of Moscow State University named after Lomonosov.

In 2006 Summa Telecom, controlled by Magomedov, with no competitive bid held acquired 2.5-2.7 GHz band for wireless services on WiMax technology across Russia. And in 2007 the company won the tender for GSM-frequencies, gaining 13 licenses in 11 regions of the Urals and the Far East, while VympelCom received a Summa of three licenses in the Far East.

In 2007 Magomedov Ziyavudin joined the board of trustees of the Bolshoi Theater.

Since October 2010 he has been chairman of the board of trustees of the Russian Tennis Federation.

The Magomedov brothers, Magomed and Ziyavudin, first became known in 1993-1994, when they began to collaborate in Kogalym with Semyon Weinstock, former head of Olympstroy and Transneft. In 1993, Semyon Weinstock was the CEO of Lukoil-Kogalymneftegas. From 1995 to 1999 he was Vice-President of LUKOIL JSC and CEO of LUKOIL-Western Siberia Ltd.

According to witnesses, Weinstock turned Kogalym almost into a prison camp at that moment. The situation in town was monitored by Dagestan gang of the Magomedov brothers. In Kogalym the men from Dagestan began to work closely with the Russian criminal world in the face of crime boss Gennady Bogomolov nicknamed Bogomol (Russian for “mantis”). Following Weinstock, Bogomolov, who had served 12 years in prison, moved to Moscow in the mid-90s, where he headed LUKOIL-Market, one of the subsidiaries of LUKOIL.

In the late 1990s, the Russian government conceived to introduce a toll for using the federal highway Moscow-Minsk. But first an alternate toll-free road had to be constructed. It was then that the old Smolensk road came to the officials minds. The road runs parallel to M-1, connecting Belarus to Smolensk, Vyazma and Moscow region. The road required a major renovation, the cost of which was estimated at 500 million rubles. The budget had not got this much money. At best, it could provide a quarter of the necessary funds. The remaining money totaling to about 300 million rubles was allocated by Lukoil oil company, as reciprocal payments.

Once the money was transferred to GDRSU in Vyazemsk, and the Federal Highway Fund had no debt claims against the oil company, the funds were transferred to accounts of companies associated with Lukoil, namely to Alkort and Venora, which belonged to the Magomedov brothers. These structures were to supply fuel and road machinery, but no supplies took place. Law enforcement agencies failed to find out where went the 300 million rubles from Alkort and Venora.

Ziyavudin Magomedov enjoyed direct support of General Viktor Cherkesov, former head of the Federal Drug Control Service and current Head of Federal Agency for the supply of arms, who is also a personal friend of Vladimir Putin. It was probably due to this that Summa Telecom managed to get a band for establishing a WiMax network across Russia, and persons associated with Magomedov received the country's first MVNO virtual network operator’s license. It should also be mentioned that the construction of a new oil port terminal on the Baltic Sea was conducted on the means of Summa’s owner.

Ziyavudin Magomedov is a sponsor and co-owner (with the wife of his senior colleague, Natalia Cherkesova-Chaplina) of the agency Rosbalt. In connection with this so-to-say family factor and the widest lobbying opportunities of Cherkesov, the contracts for the reconstruction of the Bolshoi can hardly be considered accidental.

According to the media, the Magomedov brothers were on the boards of banks, headed by Aleksei Frenkel (Diamond and VIP-Bank) or those in the establishment of which he was involved (Evroprominvest and Sodbiznesbank). All these banks ended the same. They were deprived of the license on the grounds including money laundering for criminals. Sodbiznesbank was involved in the episode with the murder KAMAZ-Metallurgy CEO, Victor Faber, and his economist Natalia Starodubtseva. The bandits forced Faber to transfer 30 million rubles to the accounts of shell companies that had been opened in Sodbiznesbank. Law enforcers found that Sodbiznesbank was controlled by criminal gangs. In 2005 one of the owners of the bank, Aleksander Slesarev, and his family were shot in Moscow suburbs. In September 2006 there was another murder. The cistim was Central Bank deputy chairman Andrei Kozlov, under whose orders Frenkel’s banks lost their licenses, which allegedly prompted the banker to contract Kozlov’s murder. However, none of the people who knew Frankel could picture him as a client of murder. Furthermore, Frankel did not try to hide, although he was arrested only on January11, 2007, three months after the arrest of the killers.

In 2010 Ziyavudin Magomedov entered the business advisory board of the APEC forum in 2010-2012 as Russia's representative. In January 2011 Magomedov and Transneft company acquired Kadina Ltd, which owned a controlling stake (50.1%) in Novorossiysk sea trading port. The sellers in the transaction (the contract amounting to  2.5 billion dollars, according to media reports almost 80% higher than the market price for that moment), were the families of Aleksander Ponomarenko, NCSP board chairman, and Aleksander Skorobogatko, State Duma deputy (who received together a total of about 2 billion dollars.)