rucriminal.info returns to the role of billionaire Alisher Usmanov in history with a bribe for the employees of the Arts for the liberation of the "authority" of Andrei Kochyukov (Italian) - the closest associate of the "thief-in-law" Zakhar Kalashov (Shakro Molodoy). The name of the businessman is found in the "wiretapping" of conversations
two of the main defendants of the case - the head of the Administrative Department of the Defense Ministry Mikhail Maksimenko and his deputy Alexander Lamonov. They say that in connection with the story of the shootout at the Elements restaurant, Kochuykov's arrest, a meeting took place between Zakhar Kalashov and billionaire Alisher Usmanov, where he made serious claims to the billionaire in the "thief in law". Usmanov is forced to make excuses.
According to the case materials, soon after this, the business partner of Usmanov, State Duma deputy Andrei Skoch, is connected to the resolution of the situation. The latter, like the Italian, in the 90s were closely associated with Solntsevo OPG. Clearly, the question arises, as in this campaign, however, was one of the members of the Forbes Usmanov list. The answer to this question is given by extracts from the database of members of various organized criminal groups, compiled by the services of the Ministry of Internal Affairs of the Russian Federation to combat organized crime in the 90s and early 2000s, which were at the disposal of
rucriminal.info. In them was the name of Usmanov. It is indicated that he was registered as a person connected with the organized crime group. Moreover, in the column with which the OPG is associated with this person, the "Solntsevskaya OPS" is indicated. Now it becomes clear that all three participants in the history - Kochuykov, Skoch and Usmanov - "caught up" with the 90s, when they were in a close circle of strong guys from the Solntsevo region, headed by Sergei Mikhailov. According to the information compiled by the Ministry of Internal Affairs of the Russian Federation, it is fashionable to see and expand the business empire of Usmanov. Following the graph with which the TSO is connected by a person, the column "passing legal entities" follows. These are structures or top managers of the structures with which Usmanov maintained close relations. In the first card of the Ministry of Internal Affairs, only two such structures are listed in the billionaire: JSC Arkhangelskgeologoldobycha, JSC SR-VERK and Komiarktikoil.
The next card that is available
rucriminal.info, was compiled later, when operatives also collected more information about the object, and the object itself was noticeably "grown up". In it, Alisher Usmanov already does not appear to be a person connected with the OPS, but as "the authority of a criminal environment". A list of legal entities with whom he maintained relations then takes a couple of pages. We quote it completely. 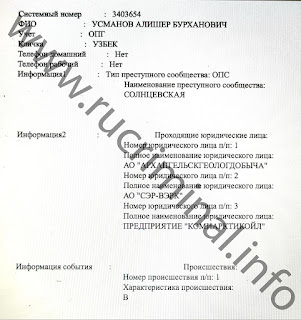 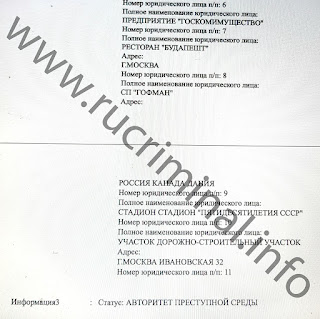 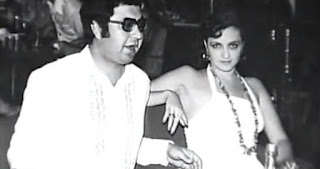 Nevertheless, it is the criminal past that helped the formation of Usmanov's business empire, whose roots go back to the late 1980s. In the criminal world, a native of Tashkent received the nickname Uzbek and according to the newspaper "Version" (from 20.06.2000) was close to the leader of the Solntsevo group Sergei Mikhailov (Mihashu). The media also reported that Usmanov also had numerous contacts and intersections with Vyacheslav Ivankov nicknamed "Japonchik", Alimzhan Tokhtakhunov named "Taiwanchik", Victor Averin (nicknamed "Avera"), Khozhakhmet Nukhayev nicknamed "Khozha" , as well as with the "native" Uzbek authorities Gafur Rakhimov named "Gafur" and Salim Abduvaliev, nicknamed "Salim" 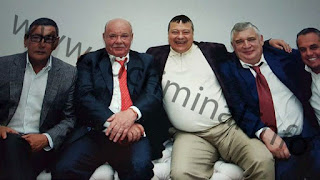 To be continued
Maxim Voevodin