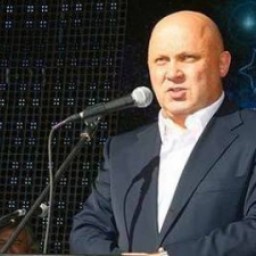 1995-1998 head of the telecommunications department in Sistema, later vice president of the company

During 1998-2003 Goncharuk was an executive of Sistema-Telekom Closed JSC, an offshoot of Sistema formed on the basis of the company’s telecommunications department.

May 2008 member of the board of Sistema JSC

He is married and has got a son.

In 2003 Goncharuk chaired a concern called Nauchny Tsentr. Sistema controlled this company. Nauchny Tsentr absorbed a number of successful enterprises with long-term projects, having high market potential, such as Elion and Elaks plants, as well as Kvant plant, which Nauchny Tsentr acquired in the previous year. The absorbing company sacked all professional managers, the rest were involved in giving the semblence of activity under guise of false promises. Leasing premises became the only source of revenue of the companies. The profit from the rent went mainly to Nauchny Tsentr.

All major undertakings, which Nauchny Tsentr had been so proud about, fell apart, including umbrella brand for Russian household appliances. It all went up in smoke. The company debt rose, few clients turned away from the company. A first deputy director general had to make a statement, explaining the reasons why the company lost “a few major clients.”

Aleksandr Goncharuk’s brother Aleksei was appointed the deputy head of MGTS, Sistema’s daughter company that operated the landline telephones of Moscow, in 2005. Goncharuk was at that time a head of Nauchny Tsentr.

In 2006 the board of directors of Sistema made changes to their management structure. Aleksandr Goncharuk was appointed the president of the company. “The goals which the board set are ambitious. I realize that. But I am 100 per cent sure my colleagues and I will manage our job well,” Goncharuk said.  He said he liked ambitious goals and wanted an adrenaline rush.

Menatep Group, that had a controlling stake in oil company Yukos, was obliged to sell its last asset in the field of telecommunications - GTS Central Europe carrier. Menatep planned to develop its telecommunications sector, but the situation surrounding the company destroyed the plans. Being told about the sale of GTS Central Europe, Aleksandr Goncharuk said, “This asset is similar to practically any other assets, but we consider a potential acquisition of this company.”

In May 2008 Goncharuk resigned as the president of Sistema. Leonid Melamed took over from him. Goncharuk was said to have had plans to step down for a long time. The sources say he was very tired of the job.

On 2 September 2011 the employees of Bashneft, present and past, gathered at the Neftyanik concert hall in Ufa, Bashkortostan, to celebrate the Day of Oil and Gas Industry Worker. Chairman of the board of Basheft JSC Aleksandr Goncharuk was seen at the event.