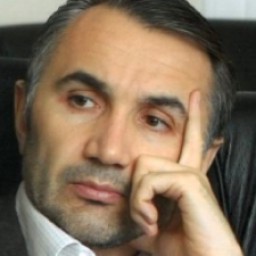 Bio:
Amir Gallyamov was born on 9 May  1970  in Chelyabinsk. In 1992 he graduated from a
car engineering military school  in Chelyabinsk, having acquired a profession of mechanical engineer.

In 1994 he started his career, as deputy commercial director of Transneftebunker closed corporation, Moscow.

In 1998 he was appointed commercial director of  Lubrikom closed corporation.

In 2003 he became president of Renrol closed corporation.

Since 2007 he has represented  the Amur region in the Federation Council
Awards:

He has more cars than any other  member of the Federation Council.  He owns 12 cars:  a Maserati, a Bentley, a Ferrari, a Porsche convertible, 3  Land Cruiser cars and  3 Mercedes-Benz cars.

In 2007  Amir Gallyamov purchased a new armored Mersedes-Benz 600. He registered a third person as an owner of the car and arranged an agreement, according to which the owner gave the car to the authorities of the Amur region for free use.

But  Gallyamov alone used the car in Moscow where he worked at the moment. Gallyamov invented this scheme to get so-called attributes of power: flashers, the right to bypass traffic jams and indulgences of the traffic police. However, the he insisted that  he turned on flashers only when other officials of the Amur region came to Moscow and used the car. When the rental contract expired  Gallyamov required to remove the car from the property list of  the Amur legislature. In response, officials of the Amur region submitted documents, according to which Gallyamov donated to the Mercedes-Benz to local administration. Gallyamov hurried to apply to the court. Two handwriting experts  found that his signature on the documents was false. The court held to return the car to Galliamov.

In 2010 it became known that Amir Galliamov owned a house  in Razdory village in suburb of Moscow, near Rublevo-Uspenskoye highway also known as Rublyovka. The house had an area of 681 square metres, while the land plot measured 5500 square  metres.

In 2011 in the Tambov region a conflict arose  in connection with jointly held primaries of United Russia and All-Russia People's Front. Co-founder of United Russia and State Duma deputy Alexander Gurov announced his intention not  to participate in the election ''not fully reflecting back the views of the voters'' which implied unwillingness to compete with
''outsiders to the region'' Amir Galliamov.

Observers believed that Gallyamov ''tried to find a backwater district'' to  get the parliamentary mandate easily, but he miscalculated. Gallyamov's chances for being elected depended on  his relationship with the leaders of United Russia. He made no secret that he was seeking to be re-elected beyond the Amur region, as he had a conflict with governor Oleg Kozhemyako. Disagreements between them often  resulted in big scandals.

Gallyamov said recently that he differed from Kozhemyako in the opinion about  many strategy issues of the region and so he would have to choose another region of the Russian Federation to continue his political career.