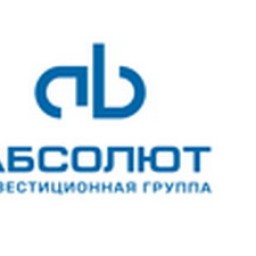 Andrey Kosolapov  was born on 29 January 1973 in Orsk. In 1995 he graduated from Moscow State University  with a degree in applied mathematics.  Since 1996  he has worked for Absolute Group. Kosolapov went through all stages of his career,  from being head of foreign exchange control department of Absolute Bank to being director-general of Absolute.

Gelendzhik  agro-industrial complex  founded in 1869 is the oldest company  which produces table and vintage dessert wines like Sauvignon, Alexandrite,  Black Eyes,  Amber Muscat.   The company owns   about 1000  hectares of vineyards and maintains closed production cycle.
Some market players believe that investors should build hotels and houses, as well as develop shopping and entertainment centres in Gelelndzhik.

In 2008 high life entertainments started with a concert of Shakira and Pussycat Dolls  at Paradise club. Girls' fee  was about two million dollars. Light and sound costs were over $ 100 000. It was the way  Andrei Kosolapov celebrated his 35th birthday.  He threw a  bachelor party.  Interestingly, couple of month ago, while celebrating sale of their bank, Kosolapov and his business partner  Alexander Svetakov invited Anastasia and Iglesias to a party.

This time Kosolapov called oligarch-light, was dressed like an American and was wearing sneakers. About two hundred models were brought to the bachelor party. Tennis player Andrei Chesnokov and famous singer Grigoryev-Apollonov were invited. Showman Mikhail Schatz was a party host.

During Euro 2008 Russian promoters  established an  Austrian  affiliate of  Paradise  Moscow club. Governor of Chukotka   Roman Abramovich attended an opening  party. He dropped by  to Paradise after  Russia  had lost  to Spain in the semi-final. The party was quite sad. Co-owner of   Paradise  club Andreas Lobzhanidze put on a white cowboy hat and sang  "We should not meet anymore ... I have nothing more to say!''  Owners of Modis hypermarket chain Sergey Lomakin and Artyom Khachatryan and  shareholder of Absolute construction company Andrei Kosolapov stood by the stage and sang along with Lobzhanidze.

According to Finance magazine, in 2010  Kosolapov was ranked 464  in the list of Russia's richest businessmen. His wealth was estimated at 5.2 billion rubles.