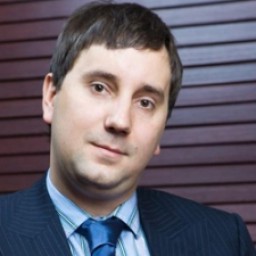 Bio:
Andrei Romanenko was born on 26 August 1979  in Budapest.
In 1998 he joined the board of directors of  Master Group.
In 2000 he graduated from the International Independent Ecological and Political University with a degree in management
In 2003 he became co-owner and president of the United System of Instant Payments.

In 2005 he founded Card Master  and  Payment Point  companies   that  produced and installed   payment terminals.
In 2008 he became director-general of OE Investments.
Romanenko is married and has two daughters.
In 2011 his wealth was estimated at  680 million dollars.
Awards.
Diploma of  Manager of the Year  (2007).
Letter of commendation from the Interior Minister for assistance to the bodies of internal affairs in conducting special operations (2008)
Source: Finance, 15 February 2011

In March 2009  State Duma enacted  the law on   individuals' payments and activity of  payment agents  that came into effect on 1 January 2010. The law enlarged range of services provided by payment terminals.  Not only utilities and mobile services can now be paid through payment machines, but also loans, fines, initiation fees and taxes. Besides, operators of payment systems must  get registered at Rosfinmonitoring state agency. The control of the activities of the operators will be strict. The maximum sum that can be paid without identification is  reduced from 30 thousand to 15 thousand rubles. Owners of payment systems must upgrade each terminal with special check-out equipment which will cost them a lot.

Romanenko was the first to comment on the new law. He called it profitable one as bank payments would at least double  company's profit.

Meanwhile, small market participants  could not  afford check-out equipment, so the law was actually advantageous only to large companies like Romanenko's USIP.
Source: rbcdaily.ru, 23 March 2009

Business conditions for instant payment operators got worse after the new law which reduced profitability of payment terminals. At the same time due to the crisis tenants of retail space   raised placement rent for payment machines. But the most important fact is that residents of  large cities prefer to pay services through bank cards.

In October 2010 Romanenko sought to improve his position  and bought  1st Processing   bank.  However, he was not going  to compete with large lenders in serving individuals. He needed the bank for reducing maintenance costs of check-out equipment. For the same reason he bought Pay Kiosk company  which let him to cut his check-out expenses  from 40 to 17 thousand rubles a month. Maintenance of payment terminals was not the main problem, but Romanenko's business  got over as cash payment was  still popular despite Romanenko's worst apprehensions.

In January 2011  Qiwi  Group,  formerly named as  OE Investments, sold 14.9% of shares to Mitsui & Co Japanese holding company which thus became a  blocking shareholder. Romanenko and co-owners of the company planned to spend the money they got from the deal on  expansion their business to the U.S., Brazil and several European countries. The deal made known  that Romanenko's father was  Qiwi's shareholder, too.

In February 2011  an attempt was made to embed in Qiwi  payment system remotely managed Trojan.PWS.OSMP that stole information and used client computer of a victim. It was kind of recognition of Romanenko's business success.

Rumours about  the virus  could  undermine  Qiwi's reputation and cause panic among the customers. Therefore  Romanenko took emergency measures:   in March 2011 press service of the company announced that the system was not under threat. Doctor Web, antivirus software developer,  claimed the contrary. Because of the reputation war it still remained unknown whether the threat to customers' accounts had been real.