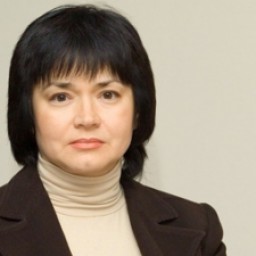 Galina Aglyamova was born in 1961 in Lipetsk. In 1985 she graduated from Moscow Institute of Steel and Alloys (MISA) with a degree in economics and organization of iron and steel industry. She is a doctor of economics.

In 2005-2006 she was the deputy director-general of NLMC responsible for economics and finance.

Since 2006 she has been the vice president of NLMC responsible for finances.

She has got a title of Merited Economist of the Russian Federation.

In March 2007 Aglyamova was ranked third in the annual list of the most successful Russian businesswomen, compiled by the Institute of politics and business.

Prior to August 2005 Lisin owned 93% of NLMC. But at the end of the summer, he sold a 3.24% stake in the company to Costen Holding Ltd. As follows from the memorandum, he thus awarded his managers, as the offshore beneficiaries were board members of NLMC, Vladimir Skorokhodov and Oleg Bagrin, NLMC's CEO Vladimir Nastich and his deputy for economy and finance, Galina Aglyamova, as well as Aleksandr Saprykin, the board chairman of Stoilensk ore-dressing and processing enterprise, and Aleksandr Zarapin, the head of NLMC Trading House.

Galina Aglyamova turned Novolipetsk Metallurgical Plant into one of the most financially transparent enterprises not only in Russia, but also in the world. NMLC's profit increased more than a half times.

Luxembourg Palace of Justice arrested NLMC's stake in Steel Invest & Finance company as collateral for the lawsuit filed to the District Court of Amsterdam; the company  was NLMC's and Duferco's joint venture in Luxembourg.

NLMC's assets were arrested at the suit of Nikolai Maksimov, the owner of Maxi Group, who had been having legal proceedings with NLMC in various courts since 2007.

In April 2011 Maksimov sued NLMC for 9.6 billion rubles in International Commercial Arbitration Court under the Commerce and Industry Chamber of Russia. According to Maksimov, the decision of the court could be held invalid in Russia, so he filed lawsuits to international courts.

According to Maksimov's representative, at the time of the sale Maxi Group's main companies were profitable and were able to service their accounts payable. ''Arrears were later manufactured by NLMC. Neither at the moment of sale, nor thereafter there was a claim from external creditors, who had financed Maxi Group's projects,'' he said. He also added that because of the overdue debt, assets were undervalued and withdrawn through a loans auction. And then NLMC's repayment demand for the issued loan became a basis for the bankruptcy initiation. ''This is a violation of the terms of the agreement between NLMC and Maxi Group'', Maksimov's representative said.

Vladimir Lisin's company significantly reduced its financial activities in the third quarter of 2011, and EBITDA yields primarily suffered at that. The current rate value was equal to one in early 2009 and amounted to 478 million dollars. Thus, in the third quarter of 2011 the company's profit before tax fell by 14%, according to the company's website. Net profit  totaled $ 225 million. The company's management attributed this to increased production of finished products, but low demand for it has made the production a low-profit one.

The RF Federal Antimonopoly Service concluded that a group of persons at NLMC half overstated the price for electrical transformer steel in the country. The FAS found out that a group of persons at Novolipetsk Metallurgical Combine public corporation and VIZ-Stal LLC had unreasonably inflated prices for electrical transformer steel for Russian consumers from August 2009 to December 2010.

Price for Russian consumers was 100% overstated compared to prices for  foreign markets. "FAS did not find economic and technological factors that led to such a difference, and concluded that those actions were contrary to the requirements of paragraph 1, Part 1, Article 10 of the federal law On Protection of Competition'', the FAS reported.